Creating Our Very Own Creatures of the Paranormal Type

Google the word "Tulpa" online and you'll find a wealth of material. For space reasons, however, I'll provide you with the following description from Psychonaut Wiki: "Tulpas are seemingly sentient, autonomous mental companions subjectively experienced by the psychonaut as a separate being with their own agency, emotions, preferences, thoughts, and character. They can be likened to a separate mental consciousness, existing alongside the psychonaut. Tulpas can be considered as a type of autonomous entity distinguished by their persistence and continuity over time. This is opposed to hallucinogen induced autonomous entities which only persist throughout the substances duration of action or dream characters that cease to exist upon waking. Also unlike autonomous entities tulpas are often the product of intentional creation, starting with an idea of their characteristics, and developed into a robust mental companion capable of meaningful interaction and communication through sustained meditative attention."

With that said, let's have a look at a few cases that seem to fall into the category of the Tulpa. During the course of his research into the whole UFO and alien abduction puzzle, Whitley Strieber, best-selling author of the abduction-driven book Communion, learned of the existence of an apparently classified U.S. Air Force study which concluded that the presence of the so-called alien "Grays" in our world was based to some significant degree on our willingness - and ability - to believe they existed. That, of course, is the veritable hallmark of the Tulpa. Perhaps the concern the aliens have for us and our world is entirely self-serving and selfish. After all, if we destroy ourselves, and there is no-one left to continue the belief in aliens, will this specific breed of Tulpa slowly fade away until it is as extinct as the minds that may have given birth to it in the first place? 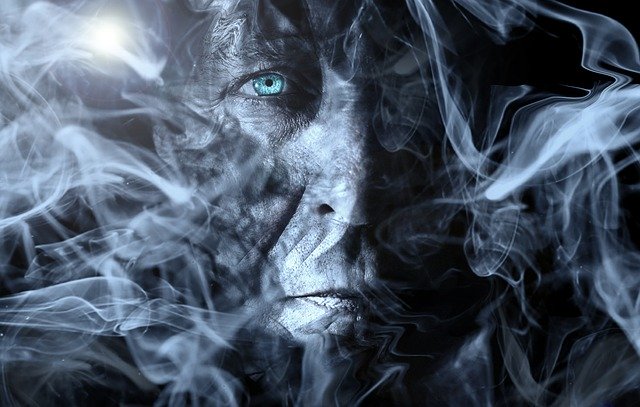 Now, let's take a look at the matter of the Loch Ness Monsters of Scotland. More than twenty miles in length, hundreds of feet deep, and with the ruined and atmospheric Castle Urquhart situated at its Strone Point – and not forgetting Aleister Crowley’s Boleskine House  - Loch Ness has, unsurprisingly, been a magnet for generations of people fascinated by that most famous of all monsters: Nessie. Or, the Nessies. Although the popular imagery provoked by any mention of lake-monsters is that of the classic long-neck and the hump-like back, there have been reports from the loch of impressively-sized tusked-creatures, large frog-like animals, something akin to plesiosaurs, and more. Needless to say, the idea that Loch Ness could be home to more than one type of unknown animal seems unlikely in the extreme. Perhaps the reason why the Nessies appear in multiple forms is because their appearances are dictated by the hopes and thoughts of the people looking for them.

Much the same can be said for the Sasquatch of America’s Pacific Northwest: the expansive dark forests and the snow-capped peaks are all fertile ground to allow for the creation of myths and tales about the wild things that just might lurk on the fringes of the civilized world. And would you be surprised to learn that the hairy man-beasts seem to show evidence of extreme high-strangeness, too? There are, for example, three-toed, four-toed and five-toed tracks that are said to be indicative of a real-life man-beast in our midst. Bigfoot hair comes in more than one color too: black, brown, gray and even white. In some cases the creature has glowing red eyes; confusingly, however, on other occasions its eyes are said to be eerily human in both appearance and character. And what are we to make of those accounts where Bigfoot vanishes not by lumbering off into the safety of thick trees, but by literally vanishing into thin air? Mainstream cryptozoologists may not like it, but the fact is that there is something distinctly odd about the strange creatures that are said to inhabit our world. While they look physical and appear substantial, on investigation everything screams out non-physical and insubstantial. As with the saga of the Loch Ness Monsters, perhaps the Bigfoot creatures manifest in the fashion that those seeking them expect - and hope - to see.

Richard Freeman is the Zoological-Director of the Devon-based Center for Fortean Zoology, the world’s largest group dedicated to the study of unknown animals. In the summer of 1997, however, Richard was a student at Leeds University, England, where he was studying for a degree in zoology. And it was while there that Richard had the idea of trying to create for himself a classic example of a Tulpa, in the form of nothing less than a giant spider. Over the next few days, Richard and his friends continued to meditate further in front of the altar and visualized in their minds and imaginations a huge, glowing spider. Incredibly, after a few weeks something truly unusual happened. On one occasion, Richard entered the cellar where the altar had been constructed and was startled, and more than a little horrified, to see silhouetted against the darkness of the wall the image of nothing less than a giant white spider. "It was like a photographic negative," said Richard. It quickly vanished and did not return.

In a somewhat similar fashion to the experience of Richard, in the early summer of 2006, I spent a night in the dark woods of Staffordshire’s Cannock Chase, England and specifically in the vicinity of its so-called German Cemetery - named after the many German prisoners-of-war who died during the First and Second World Wars and whose bodies were buried there. My reason for being there was simple: over the course of the previous few weeks there had been a spate of reports of large, wolf-like animals seen roaming the fringes of the Chase. So, I had an idea - being back in the U.K. for a while. Having been fascinated by Tulpas for years, and like Richard, I engaged in a deep meditation that lasted throughout the dead of night – to try and create in this case a werewolf. At the time, nothing of any significance happened at all. Approximately twelve months later, however, midway through 2007, the local Stafford Post newspaper began to report wildly on sightings of a diabolical-looking creature, described by the witnesses as a hairy, man-like figure with a wolf’s head, in the cemetery itself. Were my activities of the previous year successful? Did I actually create a Tulpa-style werewolf? Truthfully, I cannot say for certain. What I can say, however, is that there are multiple cases very similar to those of me and Richard. And maybe those who (inadvertently) see Bigfoot, alien Grays and the Nessies.