Dark Days and the Desert: The Haunting Vanishing of April Pitzer

The strange story of April Beth Pitzer started when she was just a young woman in her 20s. At the age of just 22, April was arrested for a DUI offense in the state of Arkansas after giving a ride to two acquaintances, which was only made worse when the police found an amount of methamphetamines on the two friends. They were in big trouble, but April, who had no prior offenses, was offered an out. Under interrogation, authorities offered to drop the charges against her if she agreed to become a drug informant for them, and being young and scared she accepted. She then was assigned to infiltrate a major drug ring in Arkansas, but at some point was compromised and told to move away from the state for her own safety. April did as was told, moving to Texas, where her life went back to normal and she married Chase Pitzer. It seemed that things were back to normal for a while, but this was not meant to last, and she was about to embark on a bizarre odyssey that would end with her walking off the face of the earth.

One day, there was a knock at the door, and April, who was pregnant with her first child at the time, opened it to find two DEA agents standing there looking somber. They wasted no time in getting down to business, and told her in no uncertain terms that she was required to go back to Arkansas to take part in a crucial trial as a key federal witness against the very drug ring she had been involved with infiltrating. She grudgingly went along with it, and thanks to her testimony dozens of drug dealers were put behind bars, but when the trial ended and she went back to Texas her dark past followed her. Over the years she became increasingly paranoid and unhinged, constantly looking over her shoulder and talking about being followed, watched, and stalked by nefarious parties. She would have two daughters and she refused to let them sleep alone, convinced that someone was out to get them, and her general change in behavior began to test her marriage.

April’s descent spiraled into alcohol abuse and she lost weight to the point that she was a gaunt, pale wraith that her friends and family barely recognized anymore, and adding to this was a diagnosis for bipolar disorder for which medication did not seem to help. Her marriage disintegrated under the burden of all of this, and so April took her two kids and moved to an apartment, and she tried to make ends meet by working at a convenience store. For a while this worked out alright, but it was only a matter of time before the next tragic chapter of her life would begin.

April’s ex-husband and family came after her for the kids, citing her inability to care for them due to her mental health issues, and she would lose both daughters when all was said and done. This only caused her to drop into further depression, and after meeting a new love interest she moved to the tiny town of Newberry Springs, California, perched on the edge of the Mojave Desert. Unfortunately, she found herself turning to drug use, and she began hanging out with the wrong crowd and getting involved with the booming methamphetamine trade in the area, eventually becoming homeless, working occasionally as a caregiver for an elderly invalid by the name of Barbara Killibrew.

Throughout all of this she had not even told her own mother, Gloria, about how low her life had sunk, or even that she had moved to California, but she came clean at the urging of Killibrew. Her worried mother than told her to take a bus home to Arkansas to visit, and April began making her plans. Things became even more tense when some of the drug dealers in the area got wind that April had been an informant, and it became more important than ever that she leave as fast as she could, in the meantime staying at the house of a friend, a man named Chuck Hollister. April was excited about going back home and possibly even reconciling with her husband, but then her regular contact with her mother suddenly stopped, and the trip would never come. 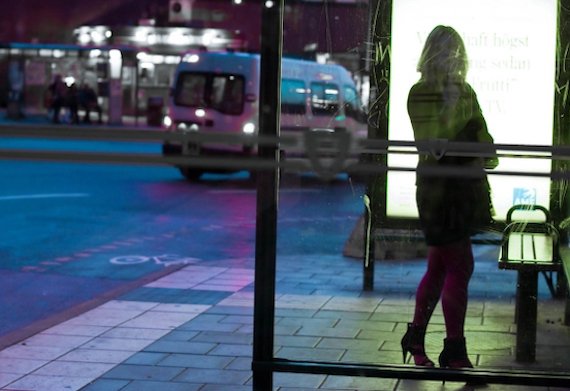 Eight days would pass without any other further contact from April, and her mother became worried. Gloria tried to call Hollister’s house on several occasions, but no one would pick up the phone, and although April’s friend reported that she had dropped the woman off at a bus stop on June 28, 2004 to board a bus to Arkansas, she had never arrived. Barbara Killibrew also concurred that April had told her she was heading off on the bus, so it was all very strange, and was enough to convince Gloria to contact the authorities to report her daughter as a missing person. Unfortunately, considering April’s tumultuous past, the Sherriff’s Departments did not take it very seriously, and just wrote it off as the troubled young woman running off or in hiding for a while. It wasn’t until a month had passed that they would begin to look into it seriously and began distributing fliers and actively investigating.

In the meantime, Gloria finally got in touch with Hollister, who explained that the reason he had not been picking up the phone was that he had been out of town in Oregon. He seemed to be surprised that April had never arrived in Arkansas, and claimed that April had told him she was leaving and then moved out. There were several suspicious things with Hollister, such as the fact that he told conflicting stories to police officers who questioned him, he refused to let anyone search his property, and he changed his phone number soon after Gloria had called him. Making it even spookier was that in Oregon there was found a message scrawled on a men’s bathroom stall that read: “Looking for missing girl from Arkansas? Three miles east of Barstow, 1-15 freeway.” Nevertheless, there was nothing at all to conclusively prove that he had anything to do with April’s disappearance or that note, and he was dropped as a possible suspect. He would later pass away, taking any secrets he had to the grave with him.

Another weird clue came in when in September of 2004 a bus driver called police to report that a flier had been posted in his bus and another rider had commented that she “was in a hole.” Amazingly, police were actually able to hunt this person down, and the young woman elaborated that she had met April at a party and had heard a rumor that April had been killed and thrown in a mine shaft. This seemed like a promising lead, but considering they didn’t know exactly which mineshaft it was in an area littered with them, it was impossible to follow up on it. 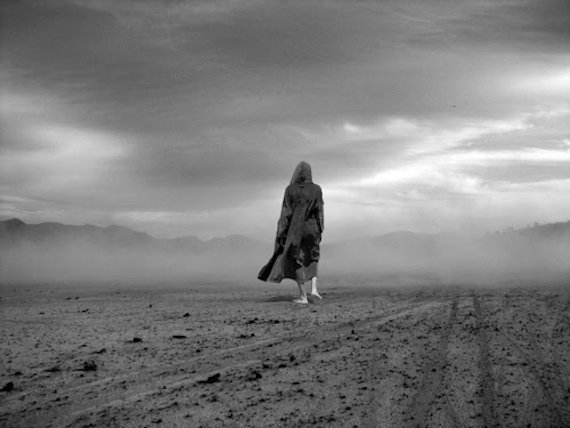 The case went cold until a full 8 months after the vanishing, when there was a strange report of someone trying to open a cell phone account on April’s name, but this led to no suspects, and there was still no evidence that there was anything going on here other than a mentally distraught woman running away from her life. Then in 2005 a new discovery was made at a place called Red Dog Mine, in a remote area of the Mojave Desert, where a white suitcase matching the description of April’s suitcase was found with woman’s clothing in it, with a bloody mattress eerily found not far away from it. Oddly, the mine was owned by a man named Dan Dansbury, who was friends with the by then deceased Chuck Hollister. All around the mine were This was enough that a full search of the mine was carried out with cadaver dogs, but nothing was found and police were certain that April was not there. Interestingly, Dansbury would die of cancer not long after this and take any secrets to his grave as well. That same year, more women’s clothing was found in a shack at a nearby mine called the Indian Queen, but no trace of April’s body was found there either.

No other evidence of April Pitzer has ever been found, no new leads, no suspects, no concrete proof of foul play, nothing. Although she was declared legally dead in 2012, authorities have pointed out that there is not even any evidence that she ever died at all. What happened to this troubled young woman? Was she a tragic victim of foul play, perhaps her drug past coming back to get her? Did she simply lose her mind and succumb to her strife to slip off the grid? What is the meaning of all of the strange clues surrounding her case? We don't know, and in the meantime, April Pitzer remains mystery, the circumstances surrounding it all murky and uncertain.

Pink Snow in the Alps is Causing Concern and Controversy