Dark Woods and the Creepy Vanishing of Nyleen Marshall

June 25, 1983, started out as a happy day for 4-year-old Nyleen Kay Marshall. Her and her family and some family friends had gone out for a leisurely day at a popular picnic area and campground in the Elkhorn Mountains in the Helena National Forest near Helena, Montana, and it was a clear, fine day. They had been brought here for a field day event organized by a group Nyleen’s adoptive father was a part of, a ham radio operating group called the Capital City Radio Club, and there were plenty of other families in attendance. The air was filled with the laughter of children and everyone was having a good time, yet the day was about to turn dark, and little Nyleen was about to become a strange unsolved mystery filled with bizarre clues.

At around 4 PM, Nyleen was playing with a group of other children near a shallow creek right next to the picnic area. At one point the other kids, including her two siblings and some others who were older and responsible for watching the younger ones, walked slightly ahead of Nyleen, but when they turned around the girl was nowhere to be seen, even though she had been there just a second before. Since she had only momentarily been out of site, the other kids thought that she was maybe hiding and playing a prank, but looking around and calling out to her quickly proved that this was not the case. It was as if she had just vanished into thin air, and the panicked kids ran back to the picnic area not 100 yards away to tell everyone what had happened. When a search was carried out of the immediate area no sign of Nyleen was found, and so the authorities were contacted.

It was thought that since she was so young and had been barefoot at the time, that Nyleen could not have possible gotten far in the woods, but as the search wore on it was clear that there was no trace of her to be found anywhere. The search soon surged and grew in size until it was one of the most massive search parties the state had ever seen, composed of hundreds of volunteers, police, rangers, and the Lewis and Clark Search and Rescue teams, utilizing helicopters with infrared cameras, divers, and tracker dogs. One of the dogs in particular was one named Duke, who was a seasoned hound famous for his ability to sniff out missing persons and had been successful on dozens of other searches. Oddly, Duke briefly seemed to pick up a scent near the creek where she had gone missing, only to lose it just as suddenly a short distance away and become confused, a fact that his handler called highly unusual.

The official search went on for 10 days, during which time a large area of land around the campsite was meticulously scoured to no avail. It was not until the search was called off and Nyleen was assumed dead that a major lead would appear. Two young children who had been at the gathering came forward to mention that on the day Nyleen had disappeared they had been with her and been approached by a man in a jogging suit. The stranger had frightened one of the kids enough to make him run away, but the other said the man had told them to “follow the shadow.” It was unclear if this had anything to do with the vanishing or not, but it was enough to make authorities begin to entertain the idea that Nyleen had possibly been abducted. The problem was, so much time had passed and so many people had trounced through the area that it was nearly impossible to do anything about it or find any real evidence to that effect. A sketch was made of the man based on the kids’ descriptions, but they were so young that it was inconclusive, and it didn’t lead to finding any suspects. In the end, there was no strong evidence that she had been abducted, and police went back to their original theory that she had simply gotten lost and perished in the wilderness. 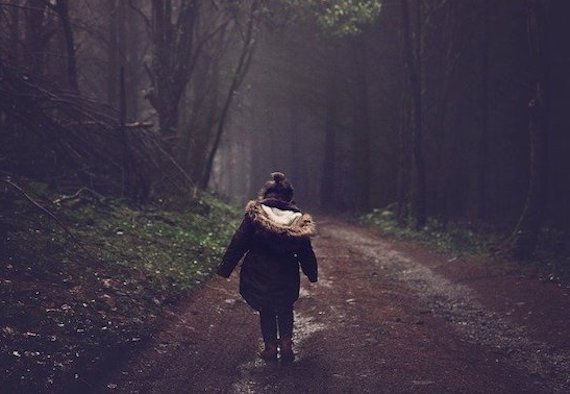 Police would pursue every possible lead, and even interrogated Nyleen’s own father as a possible person of interest, but this led nowhere and the case went totally cold. Nyleen’s photograph appeared all over the place nationwide, in newspapers, on TV and flyers and milk cartons, and a reward was offered for more information, but none of this helped. Yet, things would get even stranger still. On November 27, 1985, a full 2 years after the vanishing, the nonprofit National Center for Missing and Exploited Children received a phone call from an anonymous man who claimed to have kidnapped Nyleen. This was followed two months later by a creepy letter sent postmarked to Madison, Wisconsin, from a writer who boasted of having abducted a “girl named Kay,” and included some details that authorities have never made public, but which reads in part:

I picked "Kay" up on the road in the Elkhorn Park area between Helena and Boulder. She was crying and frightened and as I held her she was shaking and I decided that I would keep her and love her. I took her home with me. I have a nice investment income and I can work at home so I care for her myself all the time. I teach her at home and she likes to go with me when I travel. Her hair is short and curly now and she has really grown. She is about 45 inches and around 50 pounds. She has all four of her permanent upper and two of her lower incisors at this time. She takes a bath and brushes her teeth every day. She eats well. Her favorite meal is pizza and Cherry.

[S]he would gladly recount to you trips to San Francisco, New York, Oklahoma City, New Orleans, Nashville, Chicago, Puerto Rico and Canada. We were even in Britain for a month last year and she loved it. (Nobody questions passports.) I give her medicine every morning and she doesn’t know what it is or where it comes from, only that I get it from the bathroom every morning. It is actually a spoonful of my semen. It doesn't affect her physically. I have NEVER "molested" her in any other way. She is a sweet little girl and it is because of how much I have grown to love her that I realize how much her family must miss her. But she has adjusted and seems happy. She trusts me and isn't afraid. We play a lot and she laughs when we clown around. She smiles and acts coy when I tease her. She giggles when we snuggle and hugs me sometimes for no apparent reason. I love her and I have her. I just can't let her go!

The mysterious stranger sent several more letters along these lines and placed more calls to the center, the police, and Nyleen’s parents from phone booths from around the city of Madison, but this did not lead to the apprehension of the suspect. Indeed, it could not even be ascertained whether this person really had anything to do with the disappearance at all, or if it was just a demented prank. As all of this was going on there were several unconfirmed sightings of a girl resembling Nyleen, but these didn’t come to anything and it is unclear if it was really her. One macabre potential lead came with an unidentified individual who claimed to have murdered Nyleen, and even told police the location of the mine shaft he claimed to have disposed of her within, but when it was searched there was nothing to find. 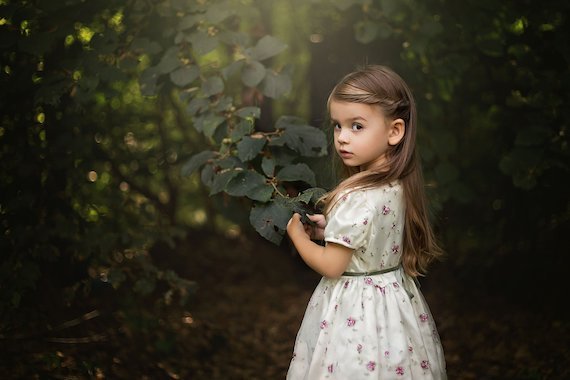 In later years there would be more strange developments in the case. When the case aired on an episode of the show Unsolved Mysteries in 1990, a caller in British Columbia, Canada, claimed that he knew Nyleen and that she was his student. Interestingly, when authorities moved on this tip they found that it was not in fact Nyleen, but bizarrely another missing girl by the name of Monica Bonilla, who had vanished in from Burbank, California in 1982. In the same year as the Unsolved Mysteries episode, sketches for a man and woman wanted for an unrelated abduction of a child in California were circulated, and Nyleen’s uncle was certain that the two had been involved with the search for his missing niece. Unfortunately, this also led to a dead end.

The following year, in 1991, a man named Richard James Wilson admitted to having murdered Nyleen, and told authorities he would show them where the body was hidden. However, the body was not there, and he would recant his confession soon after, leading police to doubt that he really had anything to do with the disappearance. Even stranger was the story of a woman in labor was admitted to an Oklahoma hospital in 1998, who called herself “Helena” and was very evasive with hospital staff about her background, even saying she did not remember much of her childhood. Someone at the hospital thought she strongly resembled a grown Nyleen, and a blood test was taken to see if she was, but the results were negative.

There has since been no word on what became of Nyleen Marshall, and it really seems that she just blinked out of existence on that fateful day. Where did she go and how did she so fully disappear with so many others around? Why were dogs unable to pick up her scent after a short distance even far from a road? Were any of the creepy letters or phone calls true, or was this just a sick individual messing with the family and authorities? Was she lost in the wilderness, murdered, or did she manage to go on living somewhere off the grid? Or was it something even stranger still? We don’t know the answers to any of these questions, and it all remains a tragic and truly unexplained vanishing that we will probably never solve.

Astronomers Find the Source of Life in the Universe