Back in 2007 I got involved in one of the weirdest affairs that has ever come my way. It all revolved around a secret think-tank-type group that was allied to the U.S. Department of Defense and that believed (and continues to believe) that the UFO phenomenon is demonic in nature, rather than being extraterrestrial. That group used the nickname of "Collins Elite" (to this day, however, I don't know its classified title). It should be noted, though, that there existed, from the 1960s to the 1970s, a top secret group very similar in nature and scope to the Collins Elite. It was code-named Operation Often. And that's the theme of today's article: the story of a group that, just like the Collins Elite, dug deep into the world of the occult, the paranormal and the supernatural - chiefly to see if such phenomena could be harnessed and weaponized. A strange and fucked-up story, for sure.

"During the late 1960s, the CIA experimented with mediums in an attempt to contact and possibly debrief dead CIA agents. These attempts, according to Victor Marchetti, a former high-ranking CIA official, were part of a larger effort to harness psychic powers for various intelligence-related missions that included utilizing clairvoyants to divine the intentions of the Kremlin leadership," wrote Dr. Nelson Pacheco and Tommy Blann in their book Unmasking the Enemy. Pacheco was a Principle Scientist with the Supreme Headquarters, Allied Powers, Europe (SHAPE), Technical Center. The Pacheco-Blann book focuses on "End Times," demonology, UFOs, "Global deception," and much more of a very controversial nature. It was also as a result of this series of CIA experiments with mediums, that a shocking and terrifying discovery was made. It was a discovery that supported the beliefs and theories of the Collins Elite, and which also saw their operational abilities and scope increased. It is critical to be aware of the time frame of this new development: within the shadowy world of espionage, very strange things of an occult-like and demonic nature were pressing ahead during the late 1960s and early 1970s. And to understand and appreciate the precise nature of the matter, it's necessary to delve into the world of Dr. Sidney Gottlieb.

In March 1960, under the Cuban Project, a CIA plan approved by President Eisenhower and overseen by the CIA’s Directorate for Plans, Richard M. Bissell, Gottlieb suggested spraying Fidel Castro's television studio with LSD and saturating Castro's shoes with thallium so that his beard would fall out. Gottlieb also hatched schemes to assassinate Castro that would have made the character "Q,” from the James Bond novels and movies proud, including the use of a poisoned cigar, a poisoned wet-suit, an exploding conch shell, and a poisonous fountain pen. History has shown, of course, that all the attempts failed and Castro had just about as many lives as a cat – if not more. Gottlieb, however, was not finished with assassination attempts. He also worked on a project to have Iraq's General Abdul Karim Qassim's handkerchief contaminated with botulinum, and he played a role in the CIA's attempt to assassinate Prime Minister Patrice Lumumba of the Congo. In the summer of 1960, Gottlieb himself secretly transported certain "toxic biological materials" to the CIA’s field-station in the Congo. As fate would have it, however, a military coup deposed the Prime Minister before agents were able to unleash the deadly virus. Almost a decade later, Gottleib began delving into far darker areas.

In 1969, a unit of scientists attached to the CIA’s Office of Research and Development dared to follow the path that the CIA's Technical Services Staff had taken a decade-and-a-half earlier in the field of mind control. But the scientists had other - and far more controversial - plans, several of which involved trying to invade, understand, and harness demonic powers as tools of war. To ensure that the project stood some chance of achieving its dangerous aims, Gottleib approached Richard Helms – the CIA director from 1966 to 1973 – and secured a $150,000 grant for the new project, which became known as Operation Often (or as MKOFTEN). The curiously named study took its title from the fact that Gottleib was well known for reminding his colleagues that: "...often we are very close to our goals then we pull back” and “...often we forget that the only scientific way forward is to learn from the past." 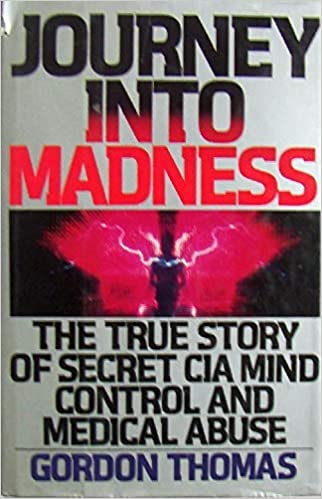 Writer Gordon Thomas highlighted Operation Often in his books Journey Into Madness and Secrets and Lies. They make for fascinating reading. Thomas said: “Operation Often’s roots could be traced back to the research Dr. [Donald Ewen] Cameron had approved in trying to establish links between eye coloring, soil conditions and mental illness." Thomas also noted that when he was given access to Cameron’s research and notes after Cameron’s death in 1967, Gottleib was struck by the fact that "Dr. Cameron could have been on the verge of a breakthrough in exploring the paranormal. Operation Often was intended to take over the unfinished work, and go beyond – to explore the world of black magic and the supernatural." But who exactly was Dr. Cameron? A Scottish-American psychiatrist from Scotland’s Bridge of Allan who graduated from the University of Glasgow in 1924, he later moved to Albany, New York, and – like the Black Sorcerer himself, Dr. Sidney Gottleib – became involved in the controversial MK-Ultra. After being recruited by the CIA, Cameron commuted to Montreal, Canada, every week, where he worked at the Allan Memorial Institute of the McGill University, and was paid $69,000 from 1957 to 1964 to secretly undertake experimentation on specific behalf of MK-Ultra. It is not surprising, therefore, that Gottleib picked up some of the strands of Cameron’s work after his death in 1967.

As Operation Often progressed, the project began to immerse itself in distinctly strange waters, and the staff ultimately spent more time mingling with fairground fortune-tellers, palmists, clairvoyants, demonologists, and mediums than they did with their fellow Agency personnel. By May 1971, the operation even had three astrologers on the payroll – each of whom were paid the tidy sum of $350 per week plus expenses – to regularly review copies of newly published magazines and newspapers in the hope that they might be "psychically alerted" to something of a defense or intelligence nature. The rumor-mill is that Operation Often was shut down in the early-to-mid 1970s, which may well have been the case, as there are additional rumors that the project was combined with the Collins Elite - something that would have made a lot of sense. To them, at least.

A Psychiatric Hospital With A Dark History And Lots Of Ghosts