Diners and Restaurants: Where the Aliens Hang Out

Having written two articles in the last few days on aliens seen in bars, supermarkets, clothing stores and more, I thought I would turn this very odd situation into a trilogy. I'll close things down with the matter of aliens encountered in restaurants and diners. Yep, it's a story as weird as those told in the previous two articles! We'll begin with Truman Bethurum. He was one of the more well-known UFO "Contactees" of the 1950s. In his 1954 book, Aboard a Flying Saucer, Bethurum claimed to have had flirty encounters with a hot space-babe called Captain Aura Rhanes - who came from the planet Clarion. Mostly, Rhanes and Bethurum met at desert locations. On two occasions, however, Bethurum said that he encountered the captain under circumstances very different to those which occurred out in the desert. These additional encounters saw Rhanes operating in what can only be termed disguise. In fact, in definitive Woman in Black mode. There was nothing flirty or friendly about those specific close encounters, however. In fact, they were downright hostile. 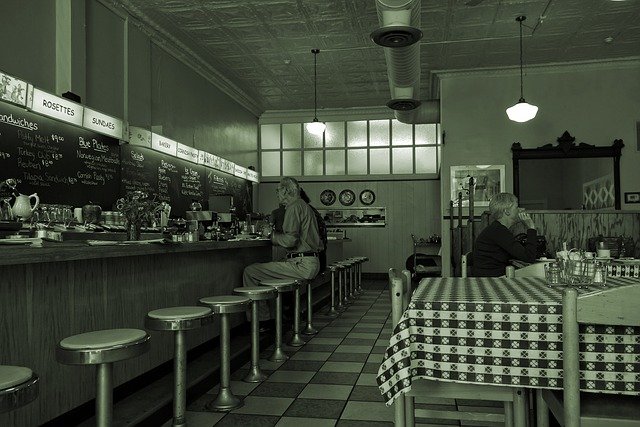 The first incident occurred around 3:00 a.m. – a time when a wealth of supernatural activity typically occurs - one August 1952 morning. Bethurum and a work friend, Whitey, had just finished their shifts and decided to head off in Whitey’s pick-up truck to a favorite, all-night diner in Glendale, Nevada. Whitey was someone who Bethurum had quietly confided in about his experiences with Aura Rhanes. Whitey was also someone who, although fascinated by Bethurum’s claims, was somewhat skeptical of the story. That is, until they entered the diner. Any skepticism Whitey had was very soon to be wiped out. As the pair sat and drank coffee and ate pie, a noticeably quiet Whitey elbowed Bethurum in the ribs and motioned him to take a look at the end of the counter. Bethurum looked up. He was amazed and shocked to see Aura Rhanes, and an equally small male individual, standing there. Both were completely in black. “It’s her, isn’t it?” asked Whitey. Bethurum nodded, pretty much in a state of near-shock. Rhanes and her partner quickly vanished - as in literally. A follow-up (and final) encounter of the diner type led Bethurum to believe that aliens, from time to time, used diners as places to hang-out when they wanted to commune with Contactees like Bethurum himself. Now, let's take a look at how the Men in Black come into this issue of aliens and diners.

Gareth J. Medway has compiled an excellent document on the Men in Black. That same document includes two intriguing - and relevant - stories. The first goes as follows: "1968, February: Tom Monteleone, a student from Adelphi, Maryland, was visited in a restaurant where he was working to support himself through college, by Vadig, whom he had met on 10 December 1967 when he came out of an egg-shaped object on a road near Washington. The next Sunday, after he returned home, Vadig came up to him in “a very old Buick...It looked brand-new. It even smelled brand-new." He was driven to a remote spot in Maryland, where the egg-shaped object was waiting. He was flown to the planet Lanulos, where all the people were naked, and given a tour around. They then flew back to Earth and the black Buick returned him to his home. From the clock he found that all this had only taken two hours, though it had seemed much longer. Years later Monteleone claimed that the story was invented. Keel, Visitors from Space, pp.174-76." Gareth's other account reads like this: "1974, April: ‘Frank’ and ‘Kathy’ were driving in east Hancock County, Ohio, when they saw a fiery pulsating light. They told a few other people about it over their CB radio. At 2:45 a.m. they went to the Wigwam bar and restaurant, where a man rushed up and asked 'What did you see in the sky?' He was bald, with fingers twice as long as normal. He denied having a CB, and asked how then he knew about said: 'I ... live ... by ... visions!' Keith, Casebook, pp.184-86." 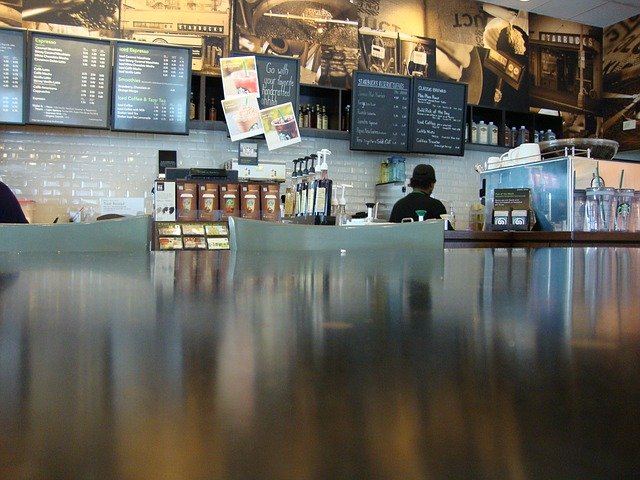 David Weatherly - the leading expert in the field of the Black Eyed Children - told me of a strange encounter he had while staying at a motel in Alamo, Nevada. David said: "...it has a restaurant in their building; pretty decent food. I was there with a friend; we were staying in one of the cabins for the weekend. We were going to do some sky-watching with night-vision. We were in the restaurant for lunch and there were probably only three other with people seated – and the staff. These two guys come in: black suits. They have black sunglasses on, no hats. They walked in and they walked the whole restaurant, as if they were looking for someone. But, they also stood out and they looked a little odd. They came back to the center of the restaurant, where we were sitting, and these two guys stopped in the center and one of them, I noticed, had his phone up and was taking pictures of the inside of the restaurant, which, of course, was kind of curious." The Men in Black checking out the restaurant? Maybe so!

The Strange Case of the Artistic Poltergeist