One of the most memorable scenes in movie history is Johnny (Patrick Swayze) lifting Baby (Jennifer Grey) high over his head as they practiced dancing in the resort lake in “Dirty Dancing.” Although Patrick Swayze is gone, no one else has been able to recreate that scene either because Mountain Lake is gone too – it disappeared mysteriously in 2008. While scientists offered various theories as to why it happened, and historians looked into records of it occurring before, the lake stayed dry … until now. Will there be enough for Baby wannabes to get out of their corners and into the waters to dirty dance again?

"The mountain lake basin is absolutely unique, not only in Appalachia but in the entire world."

That’s a comment fitting for a travel brochure, which is why it comes from the Mountain Lake Lodge website, which is loaded with references to the iconic movie which had many scenes filmed there. Roanoke College professor and research geologist Jon Cawley says Virginia’s Mountain Lake is unique because it has been draining and refilling for thousands of years. However, the last one in 2008 was the first in its recorded history to leave the bed completely dry … and the resort owners and tourists concerned. While that was bad for the resort business, it was good for the geologists trying to solve the mystery of the draining.

“When the lake drains — when it actually empties out — it is cleaning itself by moving sediment that has accrued in the bottom of the lake down through that rather complex plumbing system to actually make the lake bigger, deeper, and to keep it clean.”

In an interview with CNN, Cawley explains what he and other researcher found by studying the dry lake since 2008. The 6,000-year-old lake was formed after landslides – possibly caused by an earthquake – filled a gorge with huge boulders, debris and sediment. That underwater pile hid a fissure that slowly drained water out of the lake, keeping it fresh rather than becoming a stagnant swamp. The bad news is, droughts caused this and other smaller fissures to suck the water out at a faster rate than rain could replenish it, causing the lake level to fluctuate periodically. Based on studying the sediment, fissures and historical data, Cawley says the lowest level occurs about every 400 years. Knowing this, workers have been patching the leaking fissures with clay that mimics natural sediment.

"It's about a third full right now and it seems to be holding. It's very exciting. The guests get very excited because for so many years it's been dry and looked more like a meadow. It's the prettiest when it's filled with water." 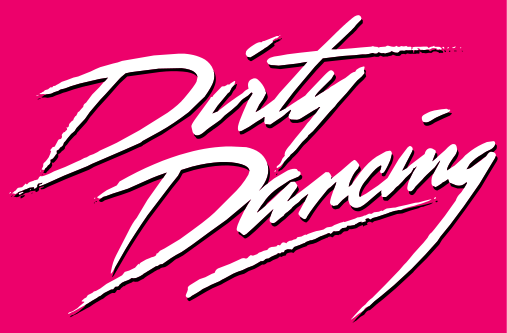 Well, it was even prettier when filled with Patrick Swayze and Jennifer Grey, but everyone will settle for Mountain Lake to be filled again with freshwater and fish. While the link to “Dirty Dancing” is still the obvious draw, the lodge website giving space to Jon Cawley and the uniqueness of Mountain Lake for its no-longer-so-mysterious draining and refilling will certainly attract a different kind of tourist once the pandemic shutdowns are over.

Will the mystery of Mountain Lake inspire a new movie for geologists? “Dirty Digging” doesn’t sound quite as romantic, but some late-night ‘exploring’ under the stars with the right stars digging each other just might be a winner.

“Nobody puts Baby in the excavation pit.”

A “Dark Force Entity” on the Loose?