Do Ghosts Wear Masks? Haunted Mansion For Sale During Pandemic

Proving that people can still conduct business even during a pandemic, the owners of a British haunted mansion (isn’t that a bit redundant?) has put it up for sale for the incredibly low, low price of £10,000,000 ($11,228,130). With its rich history of opulence and tragedy coupled with numerous sightings of ghostly monks and children, it sounds like a bargain for anyone wanting to welcome the end of the shutdown by opening a haunted hotel … assuming the ghosts will wear masks.

“The estate presents a fantastic development opportunity, with full planning and listed building consent for conversion to a 103-bedroom hotel, complete with a spa, food and beverage, and recreational facilities as well as a wedding and events venue.”

Listed by specialist business property advisers Christie & Co, the Kelham Hall & Country Park has a prime location-location-location in Kelham in the heart of Nottinghamshire, just outside the market town of Newark-on-Trent and a few minutes away from the A1 highway. The Victorian estate was designed and built around 1863 by Sir George Gilbert Scott, a famous Gothic revival architect responsible for all or part of over 800 buildings, including the Midland Grand Hotel at St Pancras Station, the Albert Memorial, St Mary's Cathedral in Glasgow, and King's College Chapel in London.

Blah, blah, blah … what about the ghosts?

Patience, dear reader. The estate dates back to at least the 1600s. In 1647, King Charles I surrendered at the end of the English Civil War and was held in the original Kelham Hall for several days. It was destroyed by fire at least twice before the present mansion was built for the Manners-Sutton family, who had owned the property since the 1600s. Because of financial difficulties, they sold it in 1902 to the Society of the Sacred Mission which used it as a theological college. Although it was occupied by the military during World Wars I and II and by oil workers from Texas and Oklahoma after that (drilling in the nearby Eakring oilfield), the property remained in the hands of the monks until 1972. It was then used for government offices until 2014 when it was purchased by the current owner to be turned into a 103-bed hotel and spa to be used for tourists, weddings and conferences. (Check out the beautiful gallery of photos and videos here.)

“The many empty rooms are said to bear witness to many strange paranormal events. Activity includes doors slamming on their own, disembodied footsteps and objects moving of their own accord. Underneath the building is a large network of cellars, allegedly many people have witnessed dark, tall shadows here.”

In 2019, HiggyPop ranked Kelham Hall at #72 on its list of the 100 Most Haunted Places In The UK. It’s suspected that many of the ghosts belong to monks, as the estate still has their beautiful domed chapel (for weddings and other events) and their graveyard at St. Wilfred’s church on the property.

“A little while later they heard what they described as a noise that sounded like a child's laughter, although the sound wasn't picked up by the camera.” 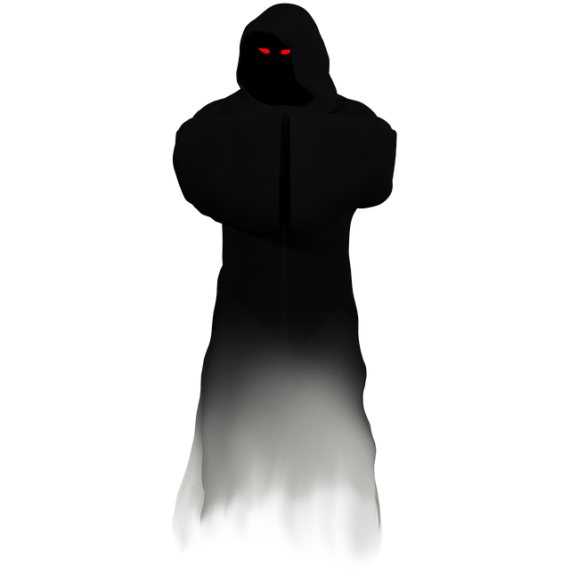 Kelham Hall was visited in 2019 by a crew from the TV show Most Haunted, which heard the long-rumored sounds of children laughing multiple times, along with footsteps and other ghostly sounds like a monk’s chant which convinced them the place was definitely haunted. (This was before the coronavirus hit, so there was no need for the ghosts to be masked.)

Is that enough to convince a buyer to cough up (OK, poor choice of words but everyone including the ghosts are wearing masks, right?) £10,000,000 or best offer for the Kelham Hall & Country Park and open it up for business as a hotel, spa, wedding hall and conference center?

The Flying Triangles: UFOs That Are Nothing New