"Boom - weird. Massive gap in the woods, all the trees bent, trees fallen over, massive hole in the woods. Aliens."

If you heard something weird and saw these things while walking your dog in your local woods, would you conclude that you just missed seeing a UFO crash? Based on that slim evidence, a man in Cornwall reported his findings to the local media – including photographs and video (see both here) – as just that, and threw in that he ‘ran’ from the woods because he heard screams. Is this an actual UFO encounter, a misinterpretation of a weather phenomena, a hoax or something else?

"We took the pictures and then felt someone was watching us and heard weird sounds so we ran back to our camper. Something strange about this place."

Ben Landricombe told Cornwall Live that he, his dog and possibly someone else were walking in the Meddon Green Local Nature Reserve, a beautiful preserve in the northeastern corner of Cornwall on the border with Devon, at about 4 pm on July 13 when they heard “weird” sounds, found the fallen trees, took a quick video and then “ran back to our camper.” That seems to be the extent of Landricombe’s report of the site – trees “snapped at the top” but no burn marks, strange indentations that might indicate an emergency landing, debris that might indicate a crash, aliens, missing time, odd smells, sights of anything falling or rising from the ground … nothing else to add more dots before assuming they connect into a ‘UFO crash site.’

Looking at the video and photos, this scene resembles the aftermath of a wind shear or small tornado. A quick search didn’t pick up any other witnesses nor any history of strange phenomena in this area. On the other hand, there’s not much other evidence to point to weather either.

Hoax? Landricombe’s Facebook page lists his current occupation as “landscape gardener,” so he should know when broken branches do not have a natural cause. His previous occupation was gardener for the city government, so he may have even worked in these very woods. He also appears to be a good nature photographer and his page shows him to be a surfer. That’s where the story takes an interesting twist. “Ben Landricombe” shows up in a 2018 article in Plymouth Live about revealing a so-called “secret surf site” on the Plymouth Sound where rare swells occur only three times a year and its location had been hidden from the general surfing public until he posted pictures and info. He was branded a “Surf Snitch” – one of a number of insults painted in red on his white truck. (Surfers can be so cruel.) Was the UFO story made up to prank these trolls in revenge?

“'It was an accident and I just wanted to try to show some cool angles of the wave. I'm not a bad guy. I sort of wish I never took the shots, but a lesson learned. It's gotten way out of hand. I'm a mellow surfer with good vibes and then you get these angry surfers who punch the water and scream when they make mistakes.” 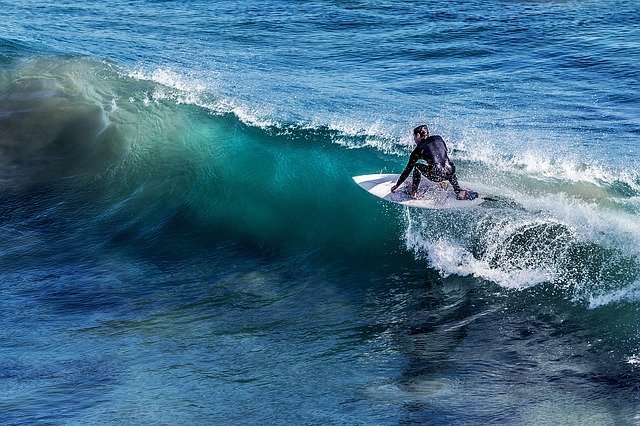 It sounds like Landricombe was sincere in his apology and later turned surf lemons into surfer gear lemonade by selling a line of T-shirts and stickers with the words “Surf Snitch” on them. Does this sound like a hoaxter? That depends on whether he comes out with a line of “UFO Crash Site Spotter” T-shirts and stickers, doesn’t it?

For now, we’ll give Landricombe the benefit of the doubt that he definitely found something in the Meddon Green Local Nature Reserve that was caused by a strange phenomena, but much more evidence is needed to move the needle to ‘UFO crash’ and have alien trolls brand him as a 'UFO Snitch'.

Creating Our Very Own Creatures of the Paranormal Type