There are many cases of mysterious vanishings out in the wilds of our world, and it seems to make sense that some people should go missing here. After all, these are places often far from civilization, with treacherous terrain, wild animals, and the ability to confuse and bewilder those who are not prepared. Yet, sometimes there are those vanishings that snatch away people who are very well versed in the outdoors, and are seasoned and experienced with being in these realms. Here we will look at some of the eerier cases revolving around experienced hunters who have gone out into the wilderness and simply never returned, leaving strange clues behind.

In September of 2003, 51-year-old James P. Rambone Jr. was out on a hunting excursion with three friends looking for Caribou on the remote tundra of Kuujjuaq, Quebec, in Canada. It was supposed to be an 8-day unguided hunt out of Camp Sardine, near the scenic Caniapiscau River, and by all accounts Rambone was an experienced, seasoned hunter who knew what he was doing. Although the terrain was remote, windswept tundra, and about 240 miles from the nearest town, the group was well armed and stocked with provisions and there was no reason to think anything bad would happen. On September 3, 2003, Rambone made a sighting of a large caribou outside of camp, and he excitedly grabbed his rifle and stalked out after it. This was totally normal, and none of the other hunters thought anything of it until the hours passed by and there was no sign of their friend. The worried men then organized a search for Rambone, and they soon came across the carcass of a large bull caribou. Oddly, Rambone’s camera was lying on the ground near it, and his orange hunting vest had been neatly hung up on a nearby tree, but there was no other sign of the missing hunter. 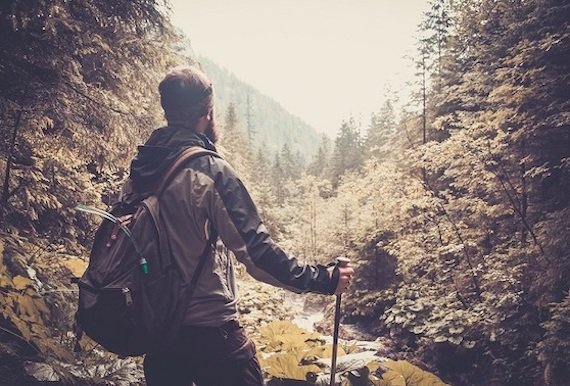 Authorities launched an intensive search for the hunter, covering a full 36 square kilometers around the area using aircraft and tracker dogs, but no sign of Rambone could be found and the dogs were unable to pick up a trail. It was thought that perhaps a wild animal had gotten him, but there was no sign of a struggle or the blood and torn clothing one would expect to find at such a scene, and there was also the matter of why he would have hung up his vest like that. In fact, no other clothing, nor the missing hunter’s rifle, were ever found. There were also no other tracks found, and it was as if Rambone just simply ceased to exist.

Also in 2003 was the mysterious disappearance of Allen Theis, of Minnesota. In November of that year, Theis was on vacation hunting deer in the Upper Missouri River Breaks area of Montana. He checked into a motel on November 22, paying cash in advance, but on his scheduled day to check out there was no sign of him. All of his belongings were in his room except for his hunting gear, so it was assumed that he must have gone out on a hunt and just never came back. A search team in helicopters was fairly quickly able to locate his abandoned truck in a wilderness area along the Missouri River but there was no sign of the missing man. Eerily, the truck contained only his empty rifle case and oddly his boots had been left behind placed side by side in the vehicle. What happened to Theis and why did he go out to hunt into the woods without his boots on? Whatever the reason may be, no trace of him has ever been found, and he was declared legally dead in 2011.

The following year, in October of 2004, 31-year-old Jeromy Childress was at Trask Mountain in Tillamook County, Oregon on an elk hunting excursion along with his coworker, Shane Luey, and Luey's son, Shane Jr. On October 17, the trio spent the day out hunting and enjoying the outdoors, and that evening they made a trip down the mountain to collect firewood for the night. However, on the way back they encountered a sudden thick bank of fog that confused them and they got lost. They were in the truck, and drove around for a while looking for their camp, but could not find it. After several hours of making their way through the fog, Childress told his companions that he believed the camp to be past a particular stand of trees they passed. 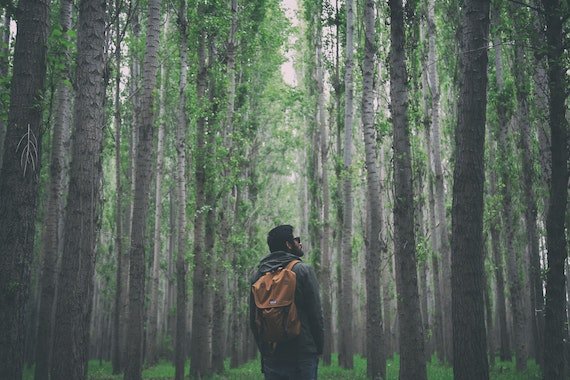 Luey and his son stayed behind while Childress made his way out into the mist to confirm it was the camp, after which he was supposed to come back and tell them what he had found. Little did they know that as he melted into the fog it would be the last time anyone would see him again. Several hours passed, but Childress did not return, so Luey and son drove around hoping to find their missing companion, eventually finding the camp in the process, which was on the other side of the trees as Childress had said, but there was no sign of the missing hunter other than a discarded gum wrapper. When the fog cleared and the area was searched the following day there was no trace of Childress, despite extensive searches. Some odd clues were uncovered, such as a witness who claimed that he had heard three shots fired in rapid succession the evening Childress disappeared, and although this is seen as a traditional hunter distress call, it is unclear if this is connected to this case, his friends heard nothing like this, and his ultimate fate remains unknown.

A perhaps higher profile vanishing ended with a tragic discovery, but is no less mysterious. In September of 2004, a hunter and member of the Crow Nation Indian Reservation by the name of Robert Springfield was out bow hunting for elk in the Bighorn Mountains of Montana along with his son and his cousin. On September 19, they were at a place called Black Canyon, which was land owned by the tribe, and everything seemed to be going fine at this point. During the day, the hunters decided to split up after settling on a rendezvous point, promising to meet back there in the late afternoon. They were all experienced outdoorsmen and hunters very familiar with the land, so there was nothing at all to worry about at the time. However, Springfield never returned, and after several hours he was reported as missing. A massive search was launched with helicopters using infrared cameras and tracker dogs, with the family, Bureau of Indian Affairs, and the Bighorn County Sheriff’s Office all scouring the wilderness, but nothing could be found. 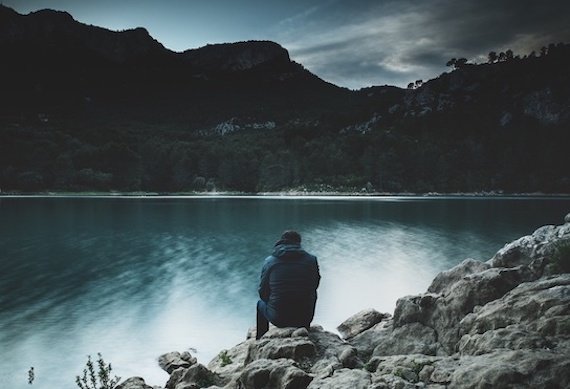 It would not be until October of 2005, over a year later, that a group of Native hunters was in the area when they came across a crow causing a commotion and squawking incessantly in a tree to the point that the men went to go check it out. When they got to the tree, they were met with the macabre sight of a human skull and some other bones in a pile at its base, just under the shrieking bird. Strangely, next to the bones was found a neatly rolled up belt and two boots carefully set there next to each other, as well as a wallet stuffed with cash and a men’s coat with a small tear in it. The remains are strongly believed to be those of the missing Springfield, but a cause of death could not be determined and it was odd that his boots and belt had been neatly set there. Also strange was that there was no sign of any other clothing, and the bow and arrows he had been carrying were also missing.

These are only a few of the many cases of missing hunters and experienced outdoorsmen who have simply hiked off into the ether. What is the meaning of these strange clues and what happened to these people? How do we explain how these men could venture out to never come back, and how do we explain the weird clues surrounding them? No one really seems to know, and these cases and others like them serve to deepen the mystery of the many inexplicable vanishings going on in the wild places of our world.

Government Files and the Paranormal: Documents You May Not Know About