“Many of the searchers for my treasure had solves that seemed to neatly fit the clues in my poem. Then when the finder found and retrieved the treasure, other searchers wondered how close they had been to the right spot. Because I promised the finder I would not reveal who found it or where, I have remained mostly silent.”

Until now. As we have learned over years of watching him promote the hunt for his hidden treasure, answer questions about it, address concerns about the deaths attributed to it and finally announce its finding, Forrest Fenn has never been one to “remain mostly silent.” He apparently thought his speaking days were over when he revealed on June 6, 2020, that the estimated $2 million cache of coins, jewels and artifacts-filled treasure chest had been found a few days before “under a canopy of stars in the lush, forested vegetation of the Rocky Mountains.”

As most people know, the Rocky Mountains cover a lot of ground and there was much speculation as to the exact location where the treasure was found – or at least which state it was in. For most of July, Fenn has apparently been inundated with requests for photos of the treasure (which he finally revealed), the identity of the finder (which he continues to keep a secret) and the location. He finally gave in to the demands (kind of) on his website:

“However, the finder understands how important some closure is for many searchers, so today he agreed that we should reveal that the treasure was found in Wyoming. Until he found the treasure, the treasure had not moved in the 10 years since I left it there on the ground, and walked away.

Perhaps today’s announcement will bring some closure to those whose solves were in New Mexico, Colorado, or Montana.”

Well, that settles it then … not. It at least narrows the likely location down to the northwest corner of Wyoming (where most of the Rockies are in the state) and confirms it was above ground. As Fenn has always said, it was in a place that an old man like himself could walk to, so that should narrow things down even further. While Fenn hopes this brings “closure” to those disappointed that his treasure has been found, he knows that riches were not the real reason why many joined the hunt. 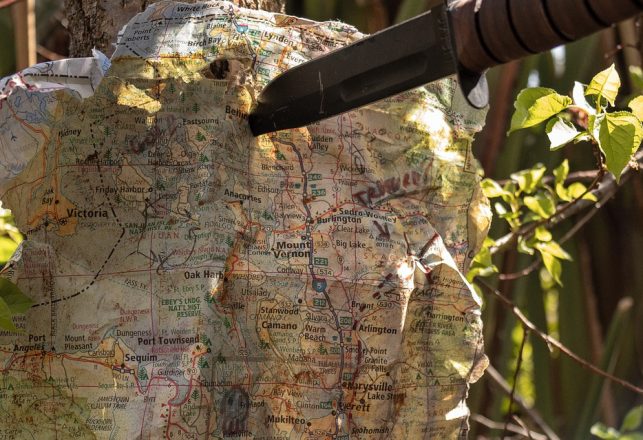 “To all of those who did not find the treasure, we hope that you got some enjoyment from the chase.”

And, by dribbling out the state of the find, in a way he’s extending the “chase” for a while longer. Will treasure hunters find a rectangular indentation under a tree in Wyoming’s corner of Yellowstone that they can confirm was the 10-year hiding place of the Fenn treasure? Probably not. Will the person who found it reveal their identity? That’s a possibility. Will Fenn? Probably not. Will Fenn get tired of the questions and dribble out some more hints? What do you think?

It sounds like Forrest Fenn gets as much enjoyment from the "chase" as the hunters do.

Mysterious Trails, Strange Calls from the Wilds, and the Almost Vanished