Jutting up on Long Island, New York, in the United States, is a rising of rock, forested land called Mt. Misery. It is an ambitious name for what is just more like a big hill than anything else, yet it towers over the rest of the flat land around it and is the highest point on Long Island so the name has stuck. Every day droves of commuters pass the area on their way to the city along the Long Island Expressway and Northern State Parkway, and most people don’t give much thought to the hill. Yet this is a place steeped in history, Native legend, and full of numerous stories of ghosts, monsters, UFOs, and high strangeness.

The area of Mt. Misery was long considered a place to avoid by the native the Matnecock tribe, who believed the land was cursed and prowled by evil spirits. When settlers began arriving to the are in the late 1600s, they found the rocky, barren soil impossible to farm, and it was mostly considered to be useless. Adding to the sinister stories of the Native tribes, many early settlers reported seeing lights in the sky, and complained that their livestock would sometimes go inexplicably missing. More ominous stories tell of coming across wildlife, horses, or cattle that had been mutilated as if ravaged by some powerful beast. Mt. Misery got a taste of blood during the Revolutionary War, where it was the site of a fierce battle, after which there were also frequent reports of the ghosts of fallen soldiers still roaming the wilderness here.

Considering all of this and the rough, unfarmable land, settlers took to living in the areas surrounding Mt. Misery, and it was left as a tangle of trees and rocks, serving as a sort of crossroads through which people traveled to the more desirable areas, and there was some modest development of the hill to cater to these travelers, such as an inn and some other buildings, even a school, but it was never a major center, remaining mostly a remote and forsaken place sat right in the middle of the growing, pulsing urban center around it. It was partly because of this out of the way location that a mental asylum was built here some time in the 1700s, where those deemed to unhinged for society were locked away within those dark woods to languish. These patients were supposedly regularly tortured and subjected to anguish, such that their screams and wails were allegedly heard by the few scattered homesteads in the area, and it was this that would apparently garner the area the name Mt. Misery. After 10 years of operation a fire destroyed the asylum and took many of the residents with it, adding to the number of ghosts in the area.

This all added to the various legends the Mount was steadily accruing. People were said to vanish without a trace here, and there were numerous phantoms said to stalk the trees, such as ghost soldiers, the spirits of the insane, and there was a filthy old man said to live in an isolated cabin and wander about with a basket full of human heads. All of this was punctuated with frequent UFO sightings and the place was seen as a sinister realm of the unexplained. None of this stopped the U.S. government from constructing a military hospital here during world War II, and this would eventually only add to the bizarreness of Mt. Misery. 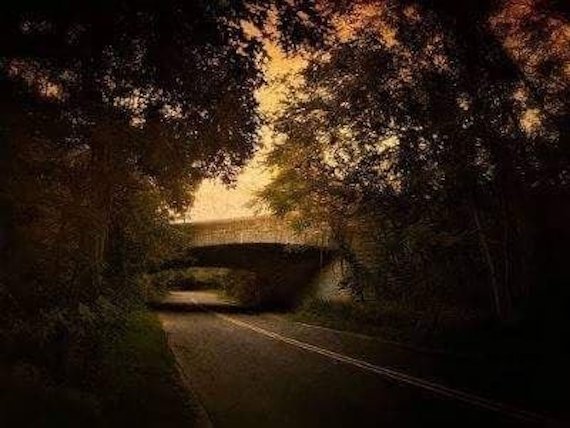 The hospital itself was meant to be for seriously injured soldiers who required lengthy recovery and rehabilitation, but it never saw more than 100 patients at a time, and it was eventually closed down and boarded up in 1945. However, a few years later, in 1947 locals began to report that the old hospital facility had been opened once again, although there had been no news that this was supposed to happen. The rumors were that the military had covertly reopened the facility for the purpose of pursuing mind control technology. A hint of this perhaps being true was dug up in the book Weird True Stories, Bizarre Encounters and Strange Places, in which the author and researcher, calling himself merely “The UFO Guy,” claims to have tracked down one of those who were brought there for experimentation. The book says;

While investigating paranormal phenomena in the area of the mount during the 1970s, I started to look into its history. More than a few people mentioned and recalled the military hospital that existed there during the war, but all said that it had been closed in 1945. A few recalled some unexplained government of the facility from the late 1940s well into the 1950s, but could offer no details. One man who has since passed away could.

He told me that he became strangely ill while an officer at Fort Bragg, in North Carolina. He experienced bizarre hallucinations and went from being perfectly healthy to being gravely ill. Th officer was transported to the hospital on Mount Misery. He recalls being there, but little else. He said, “It was like being in a constant dream state. I never felt fully awake. I was constantly fatigued... tired. They kept giving me medicine.” He was kept there for 5 months, then in one 24-hour period, he suddenly recovered. Restricted to just one small set of rooms in the facility, he never saw more than five people. They were dressed like doctors and nurses, but had no insignia or military identification. When he was taken out of the hospital through a back service porch, he saw a sign that read “Area 5.”

When the officer arrived back at Fort Bragg, he made some very discreet inquiries. A friend and intelligence officer told him that Area 5 had something to do with Psychological Warfare experimentation and that he should not ask any more questions. A few years later, the officer retired and decided to go back to Long Island to see if the hospital was still open. It had been closed and sealed at that time. But as he asked locals about the facility, they claimed to see lights and hear noises coming from the facility at night and in the early morning. More than a few people phoned local police saying that they heard voices coming from inside the old building and calling for help. I was told the same thing whenever I asked those living in the area about the old military hospital. 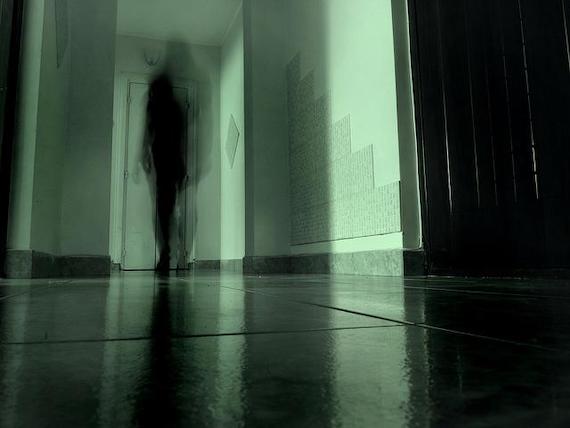 What does this mean and what was going on out there? The hospital was finally torn down in the 1970s, taking any secrets with it. Also adding to all of this weirdness is the intense UFO activity, cattle mutilations, and general high strangeness associated with Mount Misery. In the 1960s, such sightings really picked up in the area, and there were also sporadic reports of a glowing eyed, winged monster, thought to be the actual Mothman, which would make visits to the cemetery off an isolated road called Sweet Hollow Road. There were also supposedly visitations by the mysterious Men in Black in the area throughout the 1970s, as well as stories of enigmatic black helicopters flying about through the skies. There were some reports of alien abduction as well, such as the tale of one woman who lived on the Mount and claimed to have been pulled right out of the second story of her home by a UFO, after which she says she was constantly harassed by mysterious men in black suits. On top of all of this, during one UFO flap at Mount Misery in the 1980s, they military apparently closed down roads leading in and built concrete bunkers there for reasons unknown.

What is going on out over this patch of land? What does this all mean? What is the connection between all of this phenomena, if any, and does it tie into the cursed reputation of this place among the Native tribes of the area? Mt. Misery seems to be one of those places towards which weirdness just seems to gravitate, a domain of unexplained mysteries that we may never understand, and which seems to have more than earned its name.