Gray Barker and the FBI: Stolen Papers, the Men in Black, and a Buried Typewriter

It's a fact that in the 1950s numerous people in Ufology had FBI files opened on them. Almost exclusively it was because of the political overtones of their claims and statements. The alien issue was very much secondary. The list includes George Hunt Williamson, Truman Bethurum, George Adamski, Orfeo Angelucci, George Van Tassel, and Frank Stranges. And then there is Gray Barker. As the Mothman Wiki notes: "Gray Barker (May 2nd 1925 - December 6th 1984) was an American writer best known for his books about UFOs and other paranormal phenomena. His 1956 book They Knew Too Much About Flying Saucers introduced the general notion of the Men In Black to UFO folklore. The term was later popularized by John Keel along with the shorthand 'MIB.' Recent evidence indicates that Gray Barker was skeptical of UFO claims, and mainly wrote about the paranormal for financial gain. He launched and participated in hoaxes to deceive the more serious UFO investigators. Controversial as he may be, he is an undeniable part of UFO history and lore."

Barker was a well-known figure in Ufology from the 1950s to the 1970s (he wrote, in 1956, the first book on the Men in Black and the first book on Mothman: 1970s's The Silver Bridge). Unfortunately, he chose to screw everything up. He did so by exaggerating some of the cases he investigated. And, Barker crossed the line even more when he went down the path of lying and fabricating stories. All of which brings us to the matter of Barker's FBI file. On August 28, 1953, an agent of the FBI visited Gray Barker and asked him a number of questions concerning Albert Bender’s IFSB: the International Flying Saucer Bureau. It turns out that Bender had mailed to Barker a package of business cards that he had printed identifying Barker as "Chief Investigator" for the International Flying Saucer Bureau. 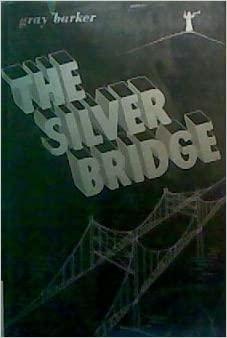 In the pages of They Knew Too Much About Flying Saucers, Barker admitted having given "four or five [of the cards] to close friends, who still had them when I checked with them one week later." It was therefore something of a surprise when the FBI turned up on Barker’s doorstep with one of the aforementioned business cards and asking probing questions. "I have always been puzzled about how the Federal Bureau of Investigation got hold of one of them," Barker latter said. "What’s this all about?" asked the agent, sternly. Somewhat nervously,  Barker explained that the IFSB was simply an organization formed to investigate "flying saucer phenomena" and that the business cards were simply a means by which IFSB investigators could be identified. The FBI man then proceeded to ask Barker if he knew of a certain individual, whose name Barker could not later recall who lived in Florida. Barker replied that he did not. This then prompted the agent to advise Barker that the man had suffered an epileptic fit and had been taken to the nearby St Mary’s Hospital.

Contained within the man's belongings was one of Bender’s IFSB cards. By now satisfied that Barker was not acquainted with the man in question, the FBI agent merely thanked him and departed as mysteriously as he had arrived. 'Then it struck me," recalled Barker. "How in the world had anyone from Florida come into possession of one of my business cards?" Barker began to seriously wonder if there really had been an epileptic man, or if this had simply been a very clever ruse to allow the FBI to covertly check out Barker, Bender, the IFSB and the story of Bender’s experience with the Men in Black. Barker voiced all of these concerns in a lengthy report to Bender, who quickly wrote back: "'I cannot for the life of me see why [the FBI] would be checking up. It certainly proves one thing – the government is more interested in the Saucers than we realize."

Half a decade later, Barker and Bender - and their deep links to the mysterious Men in Black - were once again the subjects of FBI interest. On November 22, 1958, an inquiring citizen of Oklahoma City contacted J. Edgar Hoover about the alleged, and somewhat harsh and heavy-handed, treatment of UFO investigators by government agencies, including Albert Bender, the UFO researcher who practically kick-started the Men in Black controversy. That person from Oklahoma City (whose name is deleted in the files) wrote: "Recently many rumors have been printed in UFO periodicals, concerning reports that Special Agents of the Federal Bureau of Investigation have discouraged certain saucer investigators, particularly Mr. Albert Bender of Bridgeport, Connecticut, from further research into the secret of these elusive discs. Since you are the Director of the FBI, I would like to know whether or not these reports are factual or whether they are just rumors."

Hoover’s response to the letter-writer was swift: "I am instructing a Special Agent of our Oklahoma City Office to contact you concerning the matter you mentioned." A note from Hoover to the special agent in charge at Oklahoma City added: "An agent of your office should contact [the letter writer] immediately and secure copies of or information concerning the periodicals described." In a memorandum to Hoover dated December 9, 1958, the Oklahoma office of the FBI reported that the periodical in question was titled the Saucerian Bulletin and was published by Gray Barker. The FBI further noted for Hoover’s attention that the Saucerian Bulletin reported that the three men responsible for silencing Albert Bender were from "the FBI, Air Force Intelligence, and the Central Intelligence Agency." An FBI report of December 12, 1958 reads as follows: "Bender formed the International Flying Saucer Bureau in Bridgeport, Connecticut, in 1952 to look into the flying saucer mystery. In 1953 Bender allegedly stated that he knew what the saucers are. Then 'three men in black suits' silenced Bender to the extent that even today Bender will not discuss the matter of his 'hush-up' with anyone."

A month later, on January 22, 1959, Hoover was still hot on the trail of Barker, Bender and the Men in Black and wrote in a memorandum to one of his special agents: "The Bureau desires to obtain a copy of the book written by Gray Barker entitled They Knew Too Much About Flying Saucers. Reportedly, the book was published by University Books, Inc., Illinois. Contact this publishing house and if possible, obtain a copy of this book." Three weeks afterwards, a copy of Barker’s book was in Hoover’s very own hands, as were all available copies of Bender’s Space Review magazine. The FBI subsequently noted that its files contained "no information pertaining to the hush-up of Bender." On the subject of his Space Review journal the FBI noted: "This magazine contains numerous articles and squibs concerning the sighting of flying saucers throughout the world. It does not appear to have any security significance." 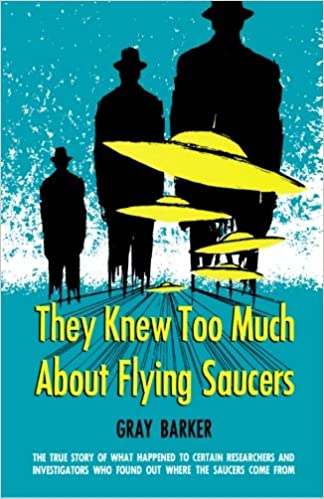 This would seem to imply that whoever Bender’s mysterious black-garbed visitors were, they were not FBI agents. It is highly curious to note, however, that nowhere in the declassified papers is there any mention of the FBI’s 1953 interview with Gray Barker. Was this simply an off-the-record interview? Or, did Barker recklessly fabricate that 1953 story, only to really cross paths with the FBI a few years later? We may never know for certain. Finally, there is one of the most notorious aspects of Barker's involvement in Ufology. It has become known as the caper of "The Straith Letter." Rather than summarize it, I will refer you to this link that tells the story. Taking into consideration the fact that the story involved (A) Barker and (B) stolen U.S. government stationery, you would imagine that the FBI would have quickly been onto the story. In fact, the rumor-mill is that Barker was visited by the FBI and asked what he knew about the Straith Letter. Jim Moseley - of Saucer Smear and Shockingly Close to the Truth - said that Barker was plunged into a state of fear when the FBI came knocking about those purloined papers. But, oddly, the relevant FBI documents on that saga of the stolen stationery have yet to see the light of day.

The final, hilarious part of this story goes to Greg Bishop, who says: "Barker got very paranoid after this and took the typewriter [on which the Straith Letter was typed] and broke it into many little pieces. Then he found where they were building a wall somewhere in Clarksburg, and dumped the pieces in. So, to this day that typewriter is buried in a wall somewhere in that town." All of this makes me wonder if there are further files on Barker that have yet to see the light. Anyone up for filing a Freedom of Information Act request to see if there is more on the Barker-FBI connection ?

The Time a Dead Pope Was Put on Trial