Idaho is the New #1 State in Per Capita UFO Sightings

Are you planning your first post-coronavirus-shutdown vacation? Looking for a place where you can get away from it all … except UFOs? Then stop throwing darts at a map (does anyone really do that anymore?) and Google a direct route to Idaho – the new UFO capital of the United States.

Did he say Idaho? Home of hot springs, great skiing and the Idaho Potato Museum? 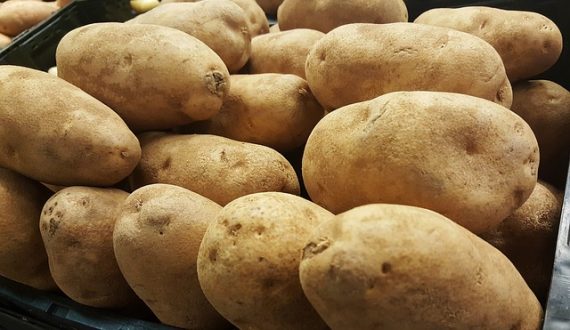 Yes, Idaho. The Idaho Statesman proudly announced that the Gem State (its slogan is: "Great Potatoes. Tasty Destinations") whose name is a Shoshoni exclamation which translates roughly to “Behold! The sun coming down the mountain!” had the highest per-capita rate of UFO sightings in the U.S. between January 2019 and June 2020. Over that time period, Idahoans reported 164 UFO sightings. With a 2019 population of 1,787,065, that adds up to 9.18 sightings per 100,000 people, just squeaking by Montana at 9.17 per 100K and well ahead of #3 New Hampshire at 7.87. These numbers were compiled by the Satellite Internet website using data from the National UFO Reporting Center.

Wait a minute! (Not a Shoshoni exclamation but appropriate here.) Idaho’s population density is only 21.6 people per square mile, while my state’s is (fill in the blank with any higher number – unless you live in New Mexico, South Dakota, North Dakota, Wyoming, Alaska and yes, Montana where there’s even less people watching for UFOs.)

Yes, you’re right. Florida has the highest number of UFO sightings over the same 18-month period (567) and is eighth in population density, which puts it at #36 with 2.64 per 100K people. But Florida has plenty of other strange things going on and plenty of explainable reasons why its population is seeing so many UFOs. On the other hand, Idahoans have clear skies and little light pollution. Is this why more of them are seeing UFOs or do aliens like potatoes too?

“The reality is most UFO sightings are less dramatic, such as a strange aircraft or odd light formations descending slowly into a forest. Planets are also sometimes mistaken for UFOs. You can get to know the stars and planets with apps like Sky Map, NASA, or Star Walk 2 so you don’t file a report on Venus. Another common error is mistaking a Starlink satellite chain for a UFO.”

Satellite Internet admits what the rest of us should already know but so many I-want-to-believe-ers refuse to accept about UFOs -- a lot of them are SpaceX's satellites (curse you, ELon Musk!). However, in the spirit of fairness, it points out that “up to 5% of UFO reports remain unexplained.”

“Idaho wants to believe: Our state has highest per-capita UFO sightings in the country.”

That's the message for the good citizens of Idaho and the good citizens of the rest of the states who are ready to bust out of coronavirus lockdown and get up close and personal (within a proper social distance, of course) with some UFOs and possible extraterrestrials. Idaho has parks mountains, water, skiing, fresh air, potatoes ... and UFOs. So plan your trip to Idaho and get ready to …

A Strange Monster: A Vivid Vision or a Bizarre Dream?