The American actress, model, and singer born Norma Jeane Mortenson, but better known to the masses as Marilyn Monroe, was a cultural icon in the United States. In the 1950s and early 1960s she was one of the most popular sex symbols in the world, and an amazingly successful movie star who took Hollywood and the world by storm in roles in hit movies like Gentlemen Prefer Blondes, Some Like It Hot and The Seven Year Itch. Such was her insane popularity that even today, decades later, she is still internationally recognized and an iconic figure whose legendary status is larger than life. Considering all of this sheer fame, it is perhaps no surprise that conspiracies would swirl in the wake of her untimely 1962 death by probable suicide. Pretty much everything has been covered. Killed by the mafia? Check. Killed by the Kennedy’s? Check. Still alive living on a deserted island somewhere with Elvis and Tupac? Check. Assassinated because she was about to blab about the existence of aliens? Wait, What?

The official story is that on August 5, 1962, Monroe was found at her Los Angeles home dead from what seemed to be acute barbiturate poisoning, but this has never flown with a lot of people, and it has long been suspected that she was actually murdered and the whole thing covered up. But by who? Well, if one UFO researcher by the name of Dr. Steven Greer is to believed, it all goes back to her alleged affairs with both John F. Kennedy and his brother, former Attorney General Robert Kennedy. According to Greer, who is also founder of the Centre for the Study of Extraterrestrial Intelligence, Robert Kennedy had been so paranoid about his affair getting out into the open that he had taken to wiretapping her phone, partially to keep his eye on the affair part of it and partially to make sure she wouldn’t divulge any secrets he had given her. And what secrets those were.

In a 2017 documentary directed by Michael Mazzola and entitled Unacknowledged, which is mostly largely concerns the efforts by the U.S. government to cover-up evidence of contact with extraterrestrials, and at one point Monroe comes up. In the documentary, Greer claims that he has acquired a summary of the wiretapped conversations, as well as a highly classified document called “Project Moon Dust,” which he claims to have been given by an important member of the National Security Agency. This document apparently outlines how JFK had brought Monroe to a secret base for the purpose of “of inspecting things from outer space,” which must obviously be aliens, likely the very same ones supposedly found in the alleged UFO crash at Roswell, New Mexico in 1947. Greer says that the document names the names of important, high-ranking officials, and it all gets interesting when Monroe apparently got very perturbed when both Kennedys broke up with her. According to the transcripts of the claimed wiretapped conversations, Monroe was very agitated about being put out to pasture, and supposedly threatened to convene a press conference in which she would tell of the secrets she knew, including what she had seen at that secret air base. Greer has said of this:

The subject [Marilyn] repeatedly called the Attorney General and complained about the way she was being ignored by the Pres and his brother. The subject threatened to hold a press conference, and would tell all. It's a tragic situation because she was an actress, she didn't understand the national security state and the viciousness of those who want to keep these kinds of secrets.

According to Greer, this was enough to get the CIA on the case, and it seems as if they just took care of things the old-fashioned way, by rubbing the actress out. Greer says he has the documentation to prove it, and explains:

We have a number of smoking gun documents, including a wiretap of Marilyn Monroe the day [sic] before she died, which has never been declassified. She was threatening to hold a press conference to tell the world what Jack Kennedy had told her during pillow talk about having seen debris from an extraterrestrial vehicle at what the document calls a 'secret air base'. She was murdered for this. She was murdered because she knew the truth about aliens and was about to blow the lid on the truth. 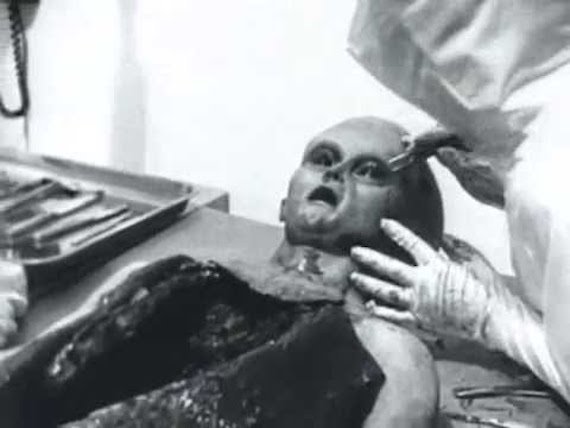 It is all really juicy information, and fuels the fires of conspiracy theorists, but in the end as much as Greer goes on about how sure he is about this, there is no evidence offered at all and no one has seen this “Project Moon Dust” document. If he has these so-called "smoking guns," then he is not sharing them, and it is hard to know what to think about it all. If it really exists, then why wouldn’t he show it to prove what he says? In the end, the documentary seems to be just a piece of sensationalist fluff that doesn’t really do anything to prove the theory one way or the other. A good summation of Unacknowledged was written by Germain Lussier, of Decider, who writes:

On a surface level, Unacknowledged is not a very good documentary. Only the most diehard believers in otherworldly life and conspiracy theories will buy into the many convoluted arguments it makes, which largely involve the U.S. government hiding the existence of aliens and covering up extraterrestrial visits. However, what sets Unacknowledged apart is its body of evidence. The movie doesn’t have much in the way of verifiable footage of alien life, but it has a truly shocking amount of professionals and former high-level government employees willing to go on record to confirm director Michael Mazzola’s many theories. Also, this documentary casually posits that Marilyn Monroe didn’t die from an overdose. Nope, she was really assassinated after President John F. Kennedy told her too much about the existence of aliens.

No matter what you believe about aliens, Unacknowledged likely won’t change your mind. It’s essentially an hour and forty minute example of confirmation bias. However, there’s something oddly addicting and comforting about watching movies and shows about insane conspiracies. It’s like watching a horror movie — obviously you don’t want what you’re watching to be real, but it’s fun to be pretend and be scared for a little. If you’re looking for something to watch at 2 a.m. when you know you should be asleep but want to go down a crazy rabbit hole, Unacknowledged has your back.

So there you have it, the off-kilter theory that Marilyn Monroe was in fact killed off by the CIA in order to keep her from coming forward with the truth about extraterrestrials. Is this just tabloid grade schlock or is there anything to this? It is probably worth pointing out that Greer had made some questionable and spectacular claims in the past, and is often looked at with raised eyebrows by even those within UFOlogy, so what are we to make of this? Whether any of it is remotely true or not, it is an entertaining little story at the very least, and earns a spot among some of the more bonkers conspiracy theories out there.