Remember the stories just a few months ago about NASA allegedly finding a parallel universe over Antarctica where time appears to run backwards? Those stories originated with a frustrating fact that has baffled scientists at a loss for an answer – what are the strange subatomic particles known as neutrinos doing in Antarctica and where did they come from? As we suspected in reporting that seemingly unbelievable story, it wasn’t from a reverse parallel universe. However, the real place it appears they may have originated from is just as unbelievable – a supermassive black hole.

“Neutrinos are subatomic particles so tiny that their mass is nearly zero and they rarely interact with other matter. High-energy cosmic neutrinos are created by energetic cosmic-ray accelerators in the universe, which may be extreme astrophysical objects such as black holes and neutron stars."

In a paper published in Physical Review Letters and explained in a fairly technical (at least for this writer’s pay-grade) press release from Penn State, assistant professor of physics, astronomy and astrophysics and research leader Kohta Murase starts by attempting to explain neutrinos and their idiosyncrasies. While they normally pass right through matter without any interactions, those generated by cosmic explosions are so full of energy that they defy the rules. High above Antarctica in a high-altitude helium balloon is the Antarctic Impulsive Transient Antenna (ANITA) experiment which normally sees neutrinos coming from outer space, not Earth. When that happened, scientists threw out all kinds of possible reasons, including from a reverse parallel universe which threw a few back into space. For a better answer, Murase pulled a jazz-singer-to-rapper-like switch from ANITA to IceCube.

“Very recently, the IceCube Neutrino Observatory reported another excess of high-energy neutrinos in the direction of one of the brightest active galaxies, known as NGC 1068, in the northern sky.”

The IceCube Neutrino Observatory is a neutrino observatory consisting of thousands of sensors buried deep in the ice beneath the Amundsen–Scott South Pole Station. IceCube has recently been picking up “an excess emission of neutrinos with energies below 100 teraelectron volt (TeV)” which is much lower than those seen by the Fermi Gamma-ray Space Telescope. The below 100 TeV level of energy and lack of gamma rays made it hard to find a matching level of neutrinos being emitted by a cosmic explosion, which would indicate that was their source. Something was blocking the gamma rays of these neutrinos. A new model revealed the answer.

“The new model suggests that the corona — the aura of superhot plasma that surrounds stars and other celestial bodies — around supermassive black holes found at the core of galaxies, could be such a source.”

“This corona is extremely hot (with a temperature of about one billion degrees kelvin), magnetized, and turbulent. In this environment, particles can be accelerated, which leads to particle collisions that would create neutrinos and gamma rays, but the environment is dense enough to prevent the escape of high-energy gamma rays.” 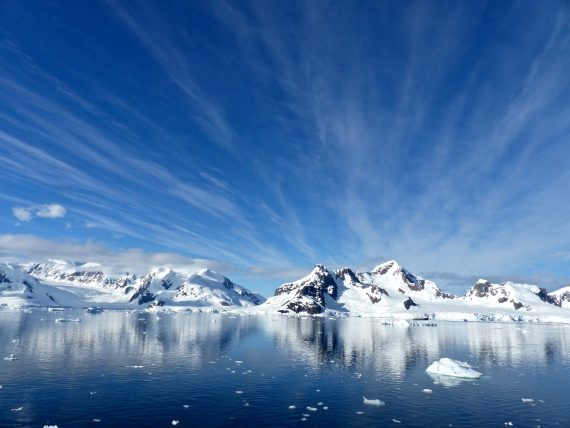 When the researchers looked for a similar signature, they found it coming from galaxy NGC 1068. A supermassive black hole in that galaxy is the source of the mysterious neutrinos in Antarctica. Mystery solved.

“This will make it possible to critically examine if these sources are responsible for the large flux of mid-energy level neutrinos observed by IceCube as our model predicts.”

“This” is next-generation neutrino detectors KM3Net in the Mediterranean Sea and IceCube-Gen2 in Antarctica – both currently in development.

Yes, we have bigger problems on Earth than helping trace the family trees of neutrinos, but science has a way of answering other problems besides those which experiments are designed for. Could neutrinos someday be the solution to our problems?

It beats hoping for a reverse parallel universe.

Not A Lake Monster: A Pool Monster Instead