Could you use an extra $250,000? Did you know I was going to ask that question? Can you prove it and do it again? What am I thinking now? If you said, “This is so easy, tell me more!”, then you’ve come to the right place. But you already knew that, didn’t you?

“For two decades, CFIIG has offered those who profess to have supernatural, paranormal, or occult abilities the opportunity to definitively prove their claims under mutually agreed upon testing conditions.”

CFIIG is the Center for Inquiry Investigations Group. It was founded in 2000 as the Independent Investigations Group, an organization of volunteers founded by James Underdown, the executive director of The Center for Inquiry (CFI) Los Angeles. CFI is “an international nonprofit organization that advances reason, science, and humanist values” which includes Skeptical Inquirer magazine, the Committee for Skeptical Inquiry, and Quackwatch to investigate skeptical medical claims. The two organizations eventually joined to form CFIIG, the largest paranormal investigation group in the world.

The CFIIG Challenge invites anyone with paranormal, supernatural, or occult powers to come to the headquarters in Hollywood and demonstrate them informally and then formally under strict protocols and stringent mutually-agreed-upon test conditions. For those who can’t travel to LA, CFIIG says it can sometimes make arrangements to have the tests conducted elsewhere by its sanctioned Field Investigators.

“We have tested many kinds of claims, including dowsing, clairaudience, mind reading, and even psychic animals.”

According to the FAQs, the best way to decide if you’re eligible is if you can explain your power beginning with the words “I can …” If you can call a UFO or an extraterrestrial or a spirit on command and the entities can follow an order to lift or levitate an object, that’s testable. Photos or videos of the performance are not acceptable. CFIIG has tested a telepathic dog and people claiming telekinetic, psychic or telepathic healing abilities, to name a few. About 6 to ten tests are conducted per year. Has anyone ever won the prize? 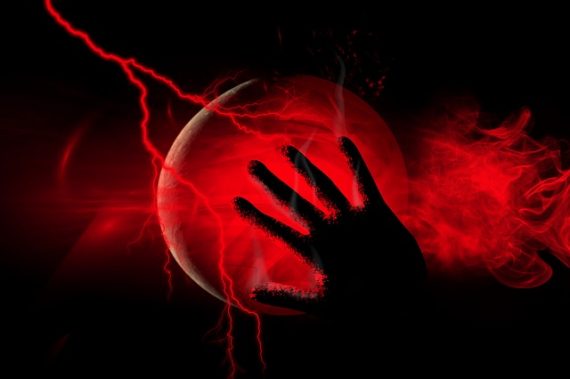 You probably already know this, but you can apply online here or fill out a form here. And yes, they’re conducting tests during the pandemic. On June 25, 2020, CFIIG tested a man (TR) who claimed he could shoot static electricity from his hands, create lightning in the sky, and teleport himself at least 3 feet. The judges wore masks and everyone practiced safe distancing. All of the man’s claims were tested with recording devices running. And? Come on, you already know the answer:

“The CFIIG and TR parted amicably, after it was agreed that no paranormal powers had occurred.”

You could be next. And if you are, you should know if you won already. Have you spent the money yet?

Gray Barker and the FBI: Stolen Papers, the Men in Black, and a Buried Typewriter