Some Obscure Vanishings Permeated by Hints of the Paranormal

There are myriad mysterious disappearances out there that have never been solved. Many of them are orbited by weird clues and details that have never really been figured out, and which I have written many articles on at length. The really odd ones are those that have undeniable paranormal elements to them that serve to push them further into the world of the bizarre, and here I have dug up some lesser-known cases that seem to definitely point to something more outlandish than being simply lost in the woods.

Not all of the people we will look at here remained permanently missing, but this doesn’t make their disappearance any less odd. In the 1940s, a 5-year-old girl only known as “Jill” was living in a remote area of the Catskills Mountains of New York, and on this day, they were having a family get together. The adults mostly stayed inside while the kids were playing out in the yard, and at some point, Jill started chasing around butterflies. She would apparently get so caught up in following them that she wandered off and did not come back, which created quite a stir of panic among the others. When a search was launched no one could find any trace of her, and calls out to the girl remained unanswered. She seemed to have stepped off the face of the earth, yet the following morning Jill suddenly appeared at her parents’ house, looking disheveled and with an incredible story to tell.

Jill told them that she had followed the butterflies into the woods a short distance but soon realized that she did not recognize where she was. She recalled hearing voices calling her name, but they seemed distorted and distant, as if from very far away, even though she had not gone far. Feeling despondent and scared, she had then sat upon a log and started to cry, and this was when she had noticed two miniature figures she likened to dolls standing at the tree line, with shiny green clothes, caps, and silvery hair. Jill called out to them and asked if they knew the way back to the house, and the two entities nodded and gestured for her to join them. As they walked along, Jill said that they were soon surrounded by blinking orbs of light that lit up the forest ahead, and she noticed that they were moving far faster through the brush than their feet should have been taking them, as if a “movie had been sped up.” She then found herself near the house, and the two enigmatic beings vanished. What happened to this little girl? Did she somehow cross over into another dimension? Would she have been gone forever but for the help of those curious little entities? No one knows. 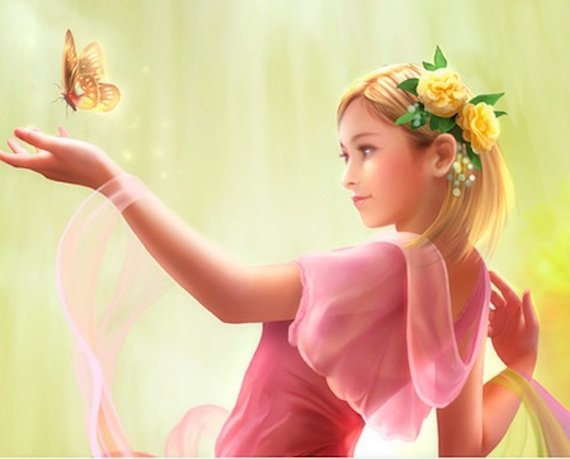 In June 1985, another strange case occurred in the Serra da Mantiqueira mountains of Brazil. On June 8th of that year, a young boy by the name of Marco Aurélio Simon was on a hiking excursion with his boy scout troop at a region called the Marins Peak. At the time, the boy was with an adult supervisor and three other boys, and at one point one of the boys injured his leg. It was decided to take him back to their base of operations, and since Simon was the fastest and fittest, he went ahead in order to mark the trail with chalk to make navigation easier. However, at some point Simon decided to go left around a bifurcation in the trail while the rest went right, which shouldn’t have mattered since the trails re-converged on the other side, but the boy never did arrive and has never been seen again.

It seems like a pretty standard disappearance, but the paranormal element comes into play with the sighting that happened a bit later that evening. The entire troop would claim to see mysterious blue and red lights in the sky over the area where they had last seen Simon, and it would only get spookier from there. Some of the other boy scouts would report hearing Simon’s voice and his whistling through the trees not far from their base camp, yet all attempts to call out to him were met by the sounds of the forest. A massive search would be launched of the area using aircraft and tracker dogs but no sign of the missing boy was ever found. The parents even went to a famous Brazilian medium by the name of Chico Xavier, who implied that the boy had been spirited away by entities of some sort. It is worth noting that the area is supposedly a UFO hotspot, and one wonders whether something truly bizarre happened to Marco Aurélio Simon, and where he went.

More recently, on June 9, 2013, 51-year-old Mitchell Dale Stehling took a day trip to the Mesa Verde National Park in Colorado, along with his wife and his parents. At one point he told them he was going to see some Native America ruins along the Petroglyph Point Trail, known for its mysterious ruins, petroglyphs and cliff dwellings, in particular a ruin called the Cliff Palace, which is the largest cliff dwelling in North America, all from the ancient paleolithic people of the region. It was a short hike, and several other hikers would report having seen him on the trail, but he would never return. When the park closing hours came and went with still no sign of Stehling, rangers began a search of the area using 60 searchers, two dog teams, and helicopter surveillance, but no trace of him was ever found and it was assumed that he had gotten lost and perished in the wilderness, despite the fact that the ark had never lost a person and it is so well visited that it is deemed very difficult to go missing there. One ranger would say of this:

If someone is lost, the time that they’re lost on average is about 45 minutes. It’s not a huge park compared to, you know, Yellowstone or the Grand Canyon, so we’re pretty confident we can find folks. ... As searchers, we value that we can find people, and not being able to do that does develop a sense of frustration.

The case was in later years picked up by author and missing persons research David Paulides, who would feature it on his documentary Vanished and investigate it further. Paulides would go to the site along with Stehling’s son, Steven, and also brought along aerospace engineer Jonathan McCabe to the area, along with his father Dr. Dennis McCabe. Paulides found it curious that the vanishing had happened in a spot that had long been known by the Natives to be a place of mysterious power, and they took readings of the area for static electricity, which they found to be off the charts in the vicinity of where the man had gone missing. Interestingly, the McCabes also decided to do an experiment to check for a possible “time dilation” in the vicinity, which was designed to see if there were any permutations in the passage of time at this location.

To do this, they measured the passage of one second at one end of Mesa Verde and compared it with a measurement from the other side, and they claimed that the result was a .6% change in apparent time between the two points, which should be in defiance of the laws of physics. It was so odd that they did the test again to get identical results. The McCabes and Paulides would then theorize that this might have had something to do with the vanishing, perhaps causing a vortex or portal of some sort. It is also rather eerie to note that the name Stehling is of German origin, and there has been some amount of conspiracy theorizing that an inordinate number of bizarre vanishings happen to those with German names. What does any of this mean in relation to the vanishing? Who knows?

These are just a mere selection of some of the many more obscure accounts of people disappearing under some decidedly odd circumstances pervaded with a definite feel of something not quite right or even within our normal reality. What could any of this mean and what could be behind it, if anything? Is there something very anomalous going on in the wild places of our world that might be behind some of the more mysterious vanishings on record? Or is this all just misinterpretation and misunderstanding? It remains to be seen.