“This is the most significant restructuring of space units undertaken by the United States since the establishment of Air Force Space Command in 1982. Innovation and efficiency are driving our mission as we position the Space Force to respond with agility to protect our nation’s space capabilities and the American way of life.” 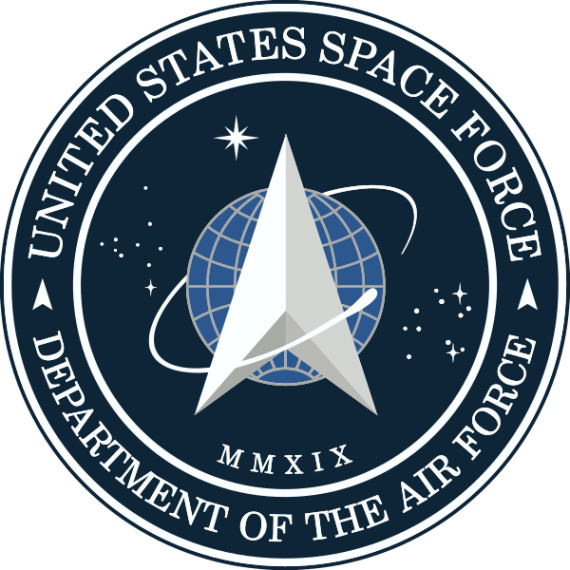 According to the Air Force press release, Secretary of the Air Force Barbara Barrett announced the restructuring this week as a way of making the organization “lean, agile and mission-focused.” However, “to protect our nation’s space capabilities and the American way of life” is a far cry from “to explore strange new worlds, to seek out new life and new civilizations, to boldly go where no one has gone before.” Give it a chance, some say. Perhaps the Space Force will steal the Enterprise’s mission statement someday too, just like it has now taken ‘Delta’ – one of the most used words across the entire Star Trek world.

“Deltas will be O-6 led and will be organized around a specific function – operations, installation support, training, etc. Within the deltas will be squadrons focused on specific tactics. When the field command structure is fully implemented, it will eliminate one general officer echelon and one O-6 echelon of command.”

Well, that’s not exactly any of the Star Trek Deltas. The most famous one is the Starfleet insignia itself. The delta-shaped emblem was created by costume designer William Ware Theiss and was paired with other symbols to designate divisions: an elongated star for the Command division aboard ship; a planet for the Sciences division; an “e” stands for Engineering; and a red “Swiss Cross” for the Nursing Corps. In the Star Trek movies, Delta (or Delta IV) was a Federation planet inhabited by the humanoid Deltans. And on Star Trek:Voyager, the Delta Flyer was a shuttlecraft.

However, the most famous of the Star Trek ‘Deltas’ was the Delta Quadrant – home of the Borg Collective and the area where the USS Voyager got stranded and spent the bulk of the series trying to escape. Other residents of the Delta Quadrant were the Kazon, the Vidiians, the Talaxians, the Ocampa, the Hirogen, and the Malon.

Patterning the Space Force after Star Trek would actually be a good idea – if it took the high concepts of Roddenberry’s creation rather than just cherry-picking names and logos. Unfortunately, the chance is also there that it will instead pick up the mission, or even worse, the attitude, of a very different group of Deltas --- the fraternity from “Animal House.”

Let’s hope at least a few of the heads of the Space Force are Trekkies.