The Bizarre Disappearance and Death of Rey Rivera

In 2006 things were going pretty well for 32-year-old Rey Rivera. A writer and videographer based in Baltimore, Maryland, he had a good job as a finance writer for Stansberry and Associates, he had a new wife, Alison, who he loved very much, and he was also an assistant coach for the men’s water polo team at Johns Hopkins University, as well as an aspiring screenwriter, with plans to move to Los Angeles with his wife to pursue it. He had his whole future before him, but those dreams would be shattered when he vanished and turned up dead amid a cloud of mysterious clues and anomalies that has still not been dispelled.

On May 16, 2006, Rivera left his house at around 4 PM after receiving a call from work, and although his wife was out of town, he told a houseguest, Claudia, that he would be back later. The guest would explain that Rivera seemed rather upset about something, and rushed off in a flustered state, not even bothering to turn off the lights or computer in his den. He never did come back, and at the time it was assumed he had just gone out for some drinks with coworkers, but when morning came and there was still no sign of Rivera, with calls from his wife unanswered, people began to worry. A missing person report was filed, but there was no real further trace of the missing man or any new lead until a week later, when his abandoned car was found on May 23 at a parking lot in Mount Vernon, but there was no sign of Rivera.

The following day, some co-workers of Rivera’s went to the top of the parking structure in which the car was found and noticed what appeared to be a hole in the roof of the nearby historic Hotel Belvedere, and when it was investigated police made a macabre discovery in an unused conference room. There was the body of the missing Rey Rivera, badly decomposed as if it had been lying there for a while, and apparently having come crashing down through the roof from the 14th story of the hotel. For police, this seemed like an obvious suicide, despite Alison’s insistence that he had not been suicidal at all, had no history of mental illness, was working on a project he was eager to finish, and had been looking forward to their move back to Los Angeles, and she would later say:

That is what is so crazy about this: We’re planning on moving and starting a new life. He had a future; why would he decide just then to kill himself?

This was corroborated by Rivera’s family, and it was seen as especially odd as he was described as being terribly afraid of heights, so even if he wanted to kill himself, why would he do it in that manner? In the meantime, there were strange clues and details that began popping up. One was that it just so happened that a technical malfunction prevented the police from retrieving any security footage from the stairwell leading up the hotel roof at the precise time Rivera would have passed by. Another was that the body seemed to be remarkably separated from the building he apparently leapt from, especially considering the angle of the roof, with some doubting whether a person could get out that far out from merely jumping. On an adjacent roof were found his shoes and cell phone, thought to have flung out as he was falling, but oddly the phone was in almost perfect working order and practically undamaged. Also a bit weird was that Rivera’s money clip was missing, something that was of great sentimental value to him and which his wife insists he never went anywhere without, and was in fact carrying it on the day he disappeared, but it has never been found.

Perhaps strangest of all is an odd, cryptic note that was found taped to his computer at home, along with a blank check. The typed note is addressed to “brothers and sisters,” and is a mish-mash of talk of freemasonry, references to movies, movie stars, and directors, including the deaths of actor Christoper Reeve and Director Stanley Kubrick, mention of some sort of popular “game,” a request to make him 5 years younger, and various other nonsensical words and phrases. It basically seems like rambling, stream-of-conscious gibberish, and it was puzzling for investigators, with just about the only thing for certain being an FBI analysis that determined it was likely not a suicide note. What is the significance of this note? Despite much discussion and many attempts to make sense of it, from both law enforcement and amateur sleuths alike, no one really seems to know.

We are left with the question of how that body ended up in that empty conference room and why a man who was so scared of heights and with no red flags for suicide would climb to the top of the Belvedere Hotel and toss himself from 14 stories up. Although the official decision is that this was a suicide, there are plenty of other theories that disagree with this. The main idea thrown around is that Rivera was the victim of foul play and was murdered, although there is some disagreement as to exactly how. One is that he was simply pushed, while others say that he was killed elsewhere and his body placed there and staged to merely to look like he had jumped, and even that he was thrown from a helicopter. Considering that the coroner’s report labelled the cause of death as “undetermined” it is hard to say. Also not a little odd is that in the wake of the death, the company that Rivera worked for, Stansberry and Associates, placed a complete gag order on its employees forbidding them from talking about the incident with anyone, including the police, although whether this has anything to do with the death or was just damage control to prevent bad publicity is anyone’s guess.

The idea that he was murdered is also supported by some statements made by Alison Rivera during the course of the investigation. She would claim that in the days leading up to his vanishing he had seemed really on edge and paranoid, to the point that he was peaking outside at night and jumping at the sound of the phone ringing. Things came to a head when he and his wife had gone to a running track and Rivera had tagged along to completely panic when he saw a strange man she didn’t recognize and he quickly ushered her away. On another occasion their house alarm went off, which sent the man into a frenzied, inconsolable panic. This sort of paranoid, jittery behavior was very uncharacteristic of Rivera, and Alison would say of all of this:

He started going everywhere with me, he wouldn’t let me do anything alone. It was not like him. It literally made me sick. He had a look in his eyes I had never seen before. Rey was scared, he's a big Latin guy and he's macho; it wasn’t him. It really hit me because I just wasn’t used to seeing Rey like that. 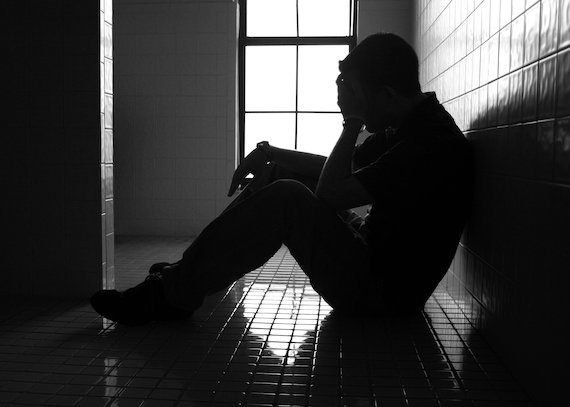 Was this just unfounded paranoia or was someone out to get him? Even weirder is a theory that has made the rounds among amateur sleuths that claims Rivera was in a delusional state, and was perhaps involved in an attempt the live out the plot of a movie. One of the films mentioned several times in the strange note he left behind is the 1997 movie The Game, a thriller directed by David Fincher and starring Michael Douglas and Sean Penn. In the movie, a man becomes involved with a sort of roleplaying game that begins to blur the lines between reality and game, and suggests vast conspiracies to the point that he does not know who to trust. The end of the film sees Douglas’ main character try to jump to his death only to be caught by a giant air cushion and find, much to his shock, that it was all part of the immersive game, and that it was meant to help him appreciate his life more. The idea here is that perhaps Rivera believed himself to be a part of the same sort of game, and was acting it all out, or that he really was involved in a game inspired by the movie. However, his wife has cast doubt on this, and co-produced of the hit TV series “Unsolved Mysteries would say of this:

She's spent a lot of time with that note, as did the FBI, just going through the note trying to figure out if there were any clues or anything else in there. She doesn't place any significance on the movie The Game. Rey liked a lot of different types of movies. He was just a guy who was interested in everything. If he had only ever left just that writing or if it was the only thing he had ever written randomly, then people would be a little bit more suspect. But this is what he did all the time. He kept so many journals full of random writing. Allison feels that she's been through all the journals just trying to find any clue that could help her figure out what happened to him, and she couldn't find any real or strong connections in The Game.

The case has been comprehensively analyzed in the book An Unexplained Death (2018) written by Mikita Brottman, as well as featured the very first episode of the new Netflix 2020 reboot of the classic TV show Unsolved Mysteries, and even after so much coverage and discussion there has not been an answer that satisfies everyone. Did Rey Rivera really commit suicide as the authorities would like us to believe, even though he had nothing in his history or life to point in that direction? Was he killed by nefarious parties, and if so, by who, how, and why? What is the meaning of all of the strange clues and bizarre elements involved here? No one seems to know for sure, and despite the official prognosis, it seems that the weird case of Rey Rivera remains very much unsolved in the minds of many.