The Bizarre Vanishing of Matthew Pendergrast

In the year 2000, Matthew Penergrast seemed to have his whole future in front of him. He was just a couple of weeks from graduating from Rhodes College in Memphis, Tennessee, and his family was well-to-do, his father a prominent plastic surgeon. By all accounts, Pendergrast was a happy, well-adjusted individual who was looking forward to graduating and pursuing his dreams, but this was not meant to be, as he would one day drive off in his car and seemingly keep on going right off the face of the earth to leave bizarre clues in his wake.

On December 1, 2000, Pendergrast left his home to go to a regularly scheduled Spanish class at the college as usual. He was seen leaving at around 7:30 AM in his navy 1998 Toyota 4Runner SUV and heading towards the campus, which was just 4 blocks from his residence, and it was all very routine but he never arrived and missed the class. When he still hadn’t returned hours later, his friends began to worry about him, and calls to his phone went unanswered. The last person who seems to have actually spoken to him was a friend of his in Atlanta, Georgia, where his family lived, who said that he had called that morning and seemed to sound perfectly normal and in good spirits. Indeed, all of his friends and family described him as acting totally normally in the preceding weeks, and it was a shock that he would just go off somewhere like that.

It did not take long to locate his vehicle, but rather than answering any questions it just managed to spin more mysteries. For one, the car was found in another state, stumbled across by hunters in a remote swamp off a private dirt road in Lonoke County, Arkansas. This was already odd, because there seemed to be no reason for why he should have wanted to leave town and drive all the way into another state, especially since he had never even been to Arkansas and didn’t know anyone there as far as anyone knew, but it would all get even stranger. The car was abandoned, and it was unlocked, with the keys in the ignition. Due to this, it seemed as if the young man had gotten out of the car and had planned to come right back, so a search was organized to comb the surrounding wilderness and this is where it would get even more bizarre.

The dank swampland made the search slow going, but on the second day they made a curious discovery just 100 yards from the abandoned vehicle. There were Pendegrast’s blue jeans, t-shirt, shoes, and socks, all folded neatly in a pile and placed carefully on the ground out in the open with no effort at all made to hide them. In the jeans pocket was the missing man’s wallet, containing several forms of identification, credit cards, and cash. Perhaps even odder than all of this was a journal found hidden away within the missing man’s car that contained an array of weird poetry, rambling stream of consciousness thoughts on the nature of life and death, cryptic snippets or prose, and a section that talked about seeking immortality, entities called “The Silver Elves,” and “walking into water and becoming one with nature again.” What did any of this mean and did it have anything to do with the vanishing? No one knew then, and no one does now. There was absolutely no other sign of Pendergrast in the vicinity, and a week-long search around the area where the belongings were found turned up no other trace.

In the ensuing years there has been no new lead, no new clue, and no sign of Pendergrast, leaving the whole thing in a desolate limbo of swirling speculation. One idea is that this was a suicide, and he had gone out there into that murk to disappear into the swamp, his body submerged in the muck to never be found, but those who knew him doubt this and say he was never suicidal and looking forward to graduating. Also, if he wanted to kill himself why would he do it all the way out to this secluded swamp over in Arkansas, a place he was not known to have ever been to, and then strip down to neatly fold his clothes beforehand? 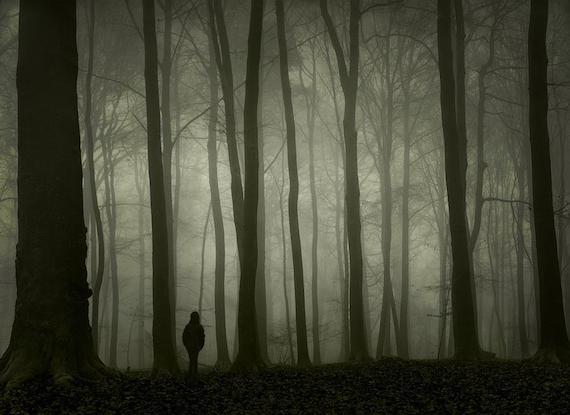 Foul play is also a possibility, but he had no known illegal dealings or enemies, so authorities came up with a scenario with a carjacking carried out by a hitchhiker, who had killed Pendergrast and then dumped the body in the swamp. But why? It is unknown why someone who had killed him would carefully remove his clothing and fold it up where it could be found, though, and there is the added detail that nothing was stolen, not even the cash in the wallet. Who would do this? Yet another idea is that he had been trying to act out some sort of fantasy along the lines of what was written in the journal and something had gone wrong. One psychic by the name of Carol Pate worked with Lonoke County investigators on the case for a time, and she believed that Pendergrast had wanted to be reborn as a “Silver Elf” in a fantasy gone awry, saying “I believe that he felt that he was in a battle for his soul, that he was battling demons and he lost.”

Whatever the case may be, we are again and again left with that eerie pile of clothing and the shoes lying out there. Why would he have taken those off and left them like that out in the open? Indeed, the clothing and belongings are certainly an odd clue that is hard to fit into any theory, really. One idea is that the scene was staged for some reason by a perpetrator, but by who and why? What would it accomplish to kill someone and then arrange the clothing in a neat pile? Was he accidentally shot by a hunter who had gotten rid of the evidence and then felt bad enough about it to reverently leave the clothes behind out of respect? That seems a bit odd. One thing that is for sure is that his own mother does not believe her son would ever leave his belongings in such a tidy fashion on his own, and she has said, “Our son was not the neatest soul in the world. He would not have folded up these clothes and left them in a stack.” What do the folded clothes mean? Who knows? It is all a very weird case of a guy who had no worries, no enemies, no deep-lying issues, yet managed to vanish and have his vehicle found in a state he had never been to and surrounded by strange clues. What happened to Matthew Pendergrast? Was this a suicide, murder, or something even stranger? We will probably never know for sure, and the case remains a mystery.

We Finally Know Where The Stones From Stonehenge Came From