It's a fact that some strange creatures are far more dangerous than others. Particularly dangerous are those creatures that soar our skies. Not because they see us as breakfast, lunch or dinner. But, for reasons of a paranormal nature. We're talking about tragic deaths - and overwhelming bad luck - caused by these terrible beasts. Certainly, the most well-known example of this is the Mothman of Point Pleasant, West Virginia. Between late 1966 and December of 1967, the people of Point Pleasant, West Virginia found themselves in the icy grip of a fear-inducing monster. It became infamously known as the Mothman. Its name was most apt: the creature was described as being humanoid in form, but with a large pair of dark wings, and a pair of eyes that blazed menacingly. Numerous encounters with the beast were reported, all of them creating overwhelming terror in those that crossed its path. People saw the man-beast soaring the sky late at night, lit up by a powerful moon. It chased terrified drivers on the dark roads around town – and matters all culminated in the collapse of Point Pleasant’s Silver Bridge, in December 1967. Dozens of those on the bridge at the time lost their lives, their vehicles plummeting into the churning waters below. Today, there are two prevailing theories: that either the Mothman caused the disaster; or that, in its strange, own way, it tried to warn people when the tragedy was looming large. The jury is still very much out on that one. 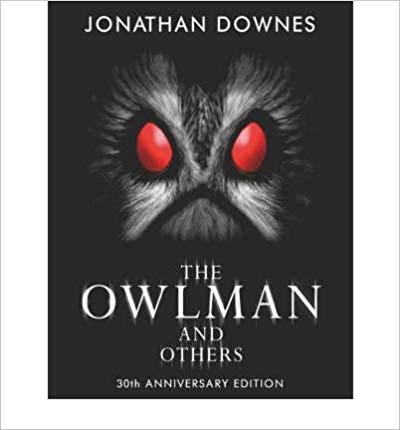 Moving on, there is the matter of England’s Owlman. It was extensively investigated by my good mate Jon Downes, for his book, The Owlman and Others. Although Jon himself never personally encountered the red-eyed, Mothman-like monster of Mawnan, Cornwall, England, every time he investigated the creature and its infernal actions, Jon found himself suffering from all manner of physical ailments, and runs of misfortune and disaster – to the point where he was forced to walk away from the Owlman investigation and leave it alone. As in forever. To expand on this, in his book Only Fools and Goatsuckers Jon wrote the following:

"Tony Shiels is probably the most powerful and wisest man that I have ever met. He has the power to summon up monsters. Although I go looking for them, I would never attempt to emulate him in his invocatory activities because by the laws of magick once you cause something to happen you have to be responsible for the consequences. And while I can deal with the consequences of looking for something like the chupacabra - and even of chronicling its activities and drawing some tentative conclusions - as to its nature I cannot take the responsibility for summoning it to appear before me like a rabbit out of a hat. Indeed, I very much doubt whether I have the power to do so." 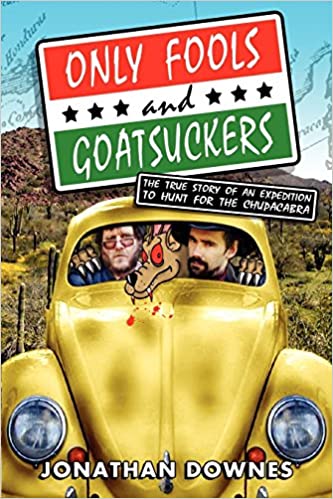 Jon continued: "One thing that I do know about monster hunting is that those who practice it are susceptible to what 'Doc' has called 'Psychic Backlash.' This is a series of inexplicable and horrific outbreaks of bad luck that can overtake the hapless seeker after monstrous truth on his way to his goal. I never believed in it until, during the months that I was working on my book The Owlman and Others, two of my pet cats died suddenly, two computers blew up (as did two cars) and my wife left me." It's no surprise that Jon decided to walk away from his Owlman research. He still avoids the subject to this day.

Adding even more winged-monster-based weirdness to today's article: the River Nairn, Scotland flows by the site of a historic April 16, 1746 confrontation. Its name: the Battle of Culloden. Scottish lore tells of how, on the night before the violent battle began, a huge, monstrous, bird-like beast was seen hovering and flying above the battlefield. Known as the Skree, the creature had eyes that blazed red, and large and membranous wings like those of a hideous, devilish bat.  The creature was seen as a decidedly ill-omen, a precursor to the death and tragedy that loomed on the horizon for the forces of Bonnie Prince Charlie and those of George II. It was a battle that brought to an end what was known as the Jacobite Rising. Finally, and as flying humanoid expert Ken Gerhard has shown, the Ishkitini of Native American lore is a huge, owl-like beast, the manifestation of which is seen as an omen of death. Then there is, as Ken has also revealed, the Camazotz, or "Death Bat," of Mexico and Central America, whose translated name speaks for itself in the fatal stakes.

The Strange Case of Norman, the Psychopathic AI