The Horrific Case of the Serial Killing Sorcerer of Indonesia

One of the most horrific killing sprees in Indonesia happened quite suddenly. The man known as Ahmad Suradji was a cattle breeder who lived in Medan, the capital of Indonesia's North Sumatra province. Although he was a simple worker, he also claimed to have been born to a powerful sorcerer and shaman, and that he too had studied the dark arts and achieved myriad supernatural powers in the process. It is not known how much actual exposure he had to magic and shamanism as he claimed, but he did have a history of juvenile offenses and theft, which he had been jailed for on several occasions and which had soured his reputation in the community. It was this ostracism that allegedly caused him to seek out honing his powers to use for good, He began work as a healer in his town, and before long he was being praised as a powerful sorcerer, called a Datuk Maringgi, credited with having powers ranging from healing, to imparting beauty upon women, to moving the very clouds in the sky. Yet there was a dark secret lurking under the surface, and the shaman Suradji would prove to be one of the strangest and most prolific killers the country had ever seen, in a case pervaded by the paranormal and the weird.

According to Suradji, it apparently all started with a dream. He would claim that in 1986 his deceased father, the powerful sorcerer, had come to him in a dream. The dream was so vivid and pronounced that Suradji knew that it was the spirit of his father, and this spirit then told him that he was to drink the saliva of 70 young women in order for him to increase his supernatural powers and become immortal. This seemed like a bizarre task to have to fulfill, but Suradji did not question it. However, he did interpret the dream in a decidedly demented way, coming to the conclusion that the best way to collect all of this saliva was to simply kill the women and take it. He would say:

My father did not specifically advise me to kill people, so I was thinking it would take ages if I had to wait to get 70 women. Because I was trying to get to it as fast as possible, I used my own initiative to kill.

In order to find his victims, he used the ruse of working for them as a mystic in some regard, such as helping them with life problems, making them beautiful, casting spells for them, telling their fortunes, healing them, or simply imparting spiritual advice and wisdom. He would then take these women out to one of the many secluded sugarcane fields dotting the area and have them bury themselves up to their waist as part of his ritual to help them, but it was all a trick, as he would then strangle them with a cable and forcefully drink their saliva afterwards, also robbing them of all of their money and valuables for good measure. The bodies would then be buried with their heads facing towards Suradji’s house and left there to rot. He kept this up for 11 years, killing over 40 women between the ages of 11 to 30 in the process before anyone even began to suspect what was going on, and this happened when someone stumbled upon one of his victims, a local woman by the name of Sri Kemala Dewi.

The 21-year-old Dewi had asked a 15-year-old rickshaw puller by the name of Andreas to take her to Suradji’s house on April 24, 1997, and she specifically instructed the young man to keep it all secret. When her body was found by chance rotting in a sugarcane field 3 days later, Andreas told police where she had been headed at the time and the sorcerer was questioned, and while he tried to avoid the whole thing police found Dewi’s handbag and bracelet lying around his house. When he was brought in for further questioning, he would casually admit to it, and not only that, but to 42 other murders. He would say:

We are all human beings, we have our own strengths and weaknesses. If I remember correctly, I have murdered 42 women. I did not suspect I was going to get caught. I did not try to run away when I saw the police, because I had resigned to my fate. 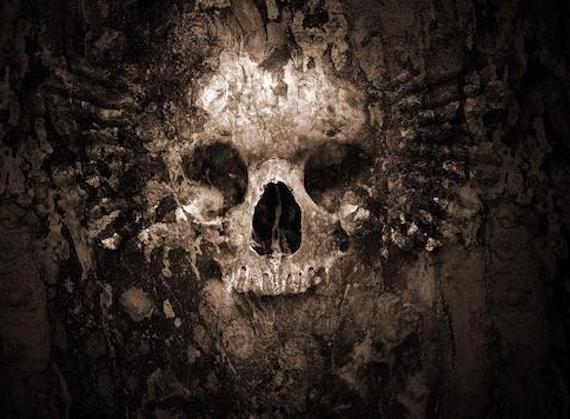 Suradji calmly told the police that the other women were buried in the same field, and when an excavation was carried out, they found a morass of tangled corpses in the ground that were too decayed to even identify. Police were fairly sure that there were perhaps far more than 42 bodies there, as well as countless pieces of the personal belongings of numerous women at his residence, which also could have gone some way to explaining the numerous missing women in the area at the time. When he was brought to trial, he would quickly implicate one of his three wives, named Tumini, in it all, saying she had helped him calm down this victim and to dispose of the body. He would say of her role in the Dewi slaying:

That night, she (Dewi) was scared, because we had to walk through a cemetery to get to the sugarcane plantation. I told her it was fine, but she insisted that my wife accompany us for the ritual. Dewi was the one who asked for my wife to come along and that was how my wife got to know about the murders. If I were to bury my victims without any lining, their bodies would decompose faster. So I stripped her with the help of my wife, rolled up her clothes, put them in a plastic bag. Then I headed home.

When the trial went through, he was still far from his 70 victim target, and it seems that his magical powers were no help in preventing him from being sentenced to death, a punishment which was very rare in Indonesia at the time. All three of his wives, who happened to also be sisters, were also implicated as accomplices. Om April 27, 1998, Suradji was found guilty and sentenced to death by firing squad. The wives were let free except for Tumini, who was originally also sentenced to death but had this commuted to a life sentence in prison. In Indonesia, where magic is seen as real and many superstitious locals go to sorcerers, it was all seen as merely a magic user gone bad, and no one really thought much of it at the time, with one local healer saying, “The case of Achmad Suradji is an aberration. If you don't have the right background, the right education, or the right teacher, then things could go badly wrong." It was mostly the Western world that would be shocked by it all, and soon Suradji was being hailed as one of the most horrific and serial killers in all of history. It is all rather shocking, and it remains an inexplicable case that has managed to be one of the weirdest Indonesia has ever seen.

Ancient Rock Art Was Created By a Mysterious Culture