On July 10th of 2015, Jessica Mitchell and her fiancé Vernal DeOrr Kunz Sr., of Idaho Falls, Idaho, suddenly decided to throw everything in the car and take a spontaneous camping trip along with Mitchell’s grandfather Robert Walton and his friend Issac Reinwand, and Vernal’s 2-year old son DeOrr Jay Kunz Jr. It was seen as an exciting little spur of the moment adventure at the time, and as they headed towards the Timber Creek Campground, in the Salmon-Challis National Forest, in Lemhi County, Idaho, they were all in generally good spirits, especially little DeOrr Jr. However, things were soon about to take a detour into a dark and sinister mystery that has yet to be solved.

After their 2-hour drive, the group arrived at the remote and mountainous campground and set up their camper trailer, after which they made a fire and sat around it while Walton retreated to rest in the trailer and Reinwand went off to do some fishing. After a while, Mitchell and Vernal decided to take a walk to explore the campground and shouted to Walton that they were leaving the boy there with him. They were then gone for about 10 minutes, but when they came back their son was nowhere to be seen. Walton, who had had the camper door open, would claim that he had not heard them call out that they were leaving, and so had not been keeping an eye on the boy, although he had seen him out playing when he looked outside. It was thought that he had just wandered away, but a look around showed no sign of him, despite the fact that such a young boy should not have been able to get far through that terrain in such a short amount of time. However, calls to the child remained unanswered, and the father would later say, “He just vanished.” Oddly, he had left behind his blanket, cup, and toy monkey, items his parents claimed he never went anywhere without. 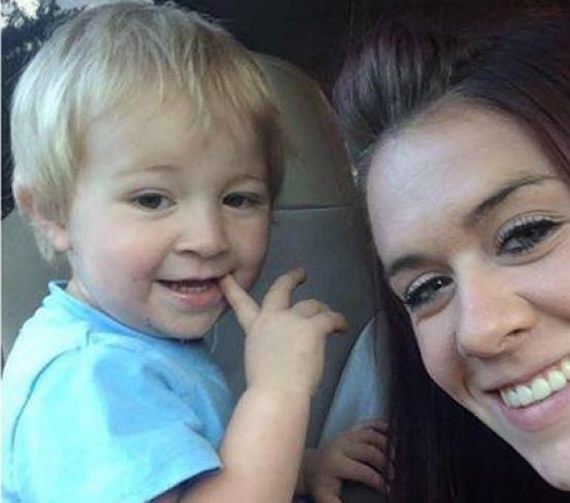 After looking all around the campground for 20 minutes, the parents called 911 at approximately 2:30 PM and soon the hunt was on. Searchers on horseback, foot, and ATVs fanned out throughout the area, meticulously combing every inch with no sign of the missing boy. The Stone Reservoir and Creek was repeatedly searched by divers, and the search team grew to over 200 people. As the days grew into weeks, it was increasingly suspected that they were not dealing with a lost kid, but rather a possible abduction, but this seemed odd as there was no one else in the area, there was no sign of a struggle, and it was such a remote area.

As the news of the strange disappearance hit the news and investigators looked more deeply into the case, some odd details emerged that seemed to point the finger at something ominous happening with DeOrr Kunz Jr.’s parents. One oddity was the 911 call that the boy’s mother made at the time of the vanishing. It has been pointed out that during the entire 4-minute call, Mitchell seems incredibly calm and devoid of emotion, although this might not mean anything. Another suspicious detail is that police were unable to find an outside, reliable witness who could definitively place the boy at the campground at all, and this was compounded when a convenience store worker would claim that she had seen the missing boy with his parent at her store at around 8 PM on the day he disappeared. The parents have insisted that this must be a mistake, and the lead has not gone anywhere. 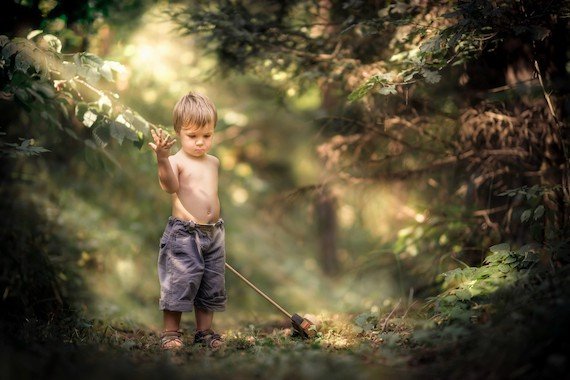 Not helping their case was that several inconsistencies were found in the parents’ reports, and they both failed lie-detector tests to boot. As a result of all of this, police and even their own private investigator, Phillip Klein, began to see them as persons of interest. The idea was that DeOrr had been killed, either intentionally or by accident, and that the whole vanishing story was just a cover-up, which of course the parents and the rest of the group vehemently denied. Despite these suspicions, with a lack of any physical evidence to connect them to a crime and no arrest records, none of those who were on that camping trip have ever been formally charged with anything related to the case. In 2019 there was a possible break in the case when cadaver dogs had a “hit” near the campsite where DeOrr disappeared and bone fragments were found, yet a DNA test showed that they were not from a human being. The parents have long since broken up and Walton died in 2019, leaving a lot of unanswered questions that will probably never be answered.

What happened to this boy? Where did he go? How could he just evaporate within minutes in such a remote place with no sign of what happened? Was this foul play, perhaps even from his own parents? Or is there something more sinister and mysterious going on here? National Parks have become a hotbed of such mysterious disappearances, so it does make one wonder. Until there is more information, the strange vanishing of DeOrr Kunz Jr. is likely to remain an unsolved mystery, and a reminder of the disturbing trend of people just stepping off the face of the earth in national parks.

Mysterious 10,000-Year-Old Neolithic Figurines May Be Funeral Mementos of a Creepy Cult