The Sinister Vanishing of Asha Kreimer

In 2015, 26-year old Australian national Asha Kreimer was living with her boyfriend, Jamai Gayle, in Albion, California. The two were happy and had never had any problems, but in September of that year Kreimer suddenly went through some rather strange episodes. She began having convulsions, spontaneously shouting out and ranting incoherently, slipping into catatonic trances, and refusing to eat or sleep. She would also talk about some unspecified trauma she had from her childhood, and this was alarming for Gayle. On one occasion she did not sleep for four days straight, and Gayle brought her to a mental health facility to be evaluated. It was all very odd because Kreimer had no personal history of mental health problems, although her family had a history of it, and there could be found nothing physically wrong with her. Nevertheless, mental health doctors concluded that she was having some sort of psychotic break and “a manic bipolar episode,” but after deeming her to not be a danger they sent her back home with her boyfriend. Here things would quickly spiral into one of the weirder mysterious vanishings there is.

She was obviously still having some issues, because as he drove her home she told Gayle that she had cheated on him, and then allegedly tried to jump out of the car, and so he was relieved that one of her childhood friends, Sally Scales, was in town visiting from Australia, as he hoped she could provide some sort of comfort to the ailing woman. When they got home, Kreimer had another incident, refusing to sleep again and claiming to have killed their neighbor, even though the neighbor was clearly still alive. During the night she was found outside burning a piece of paper, and she also tried to start her car several times. At one point during the evening she disappeared and they found her standing by a nearby tree watching them look for her. On another occasion she ran off at full speed, but came back shortly after telling them that she had just felt like running. Through all of this she refused to eat anything, and she was generally acting incredibly bizarrely.

Gayle and the friend were perplexed by all of this, because it was totally out of character for her, and she had never acted like this before with them. The next morning, they decided they would get her out of the house and try to clear her mind. It was thought that a trip to go see Gayle’s mother in San Francisco would perhaps put her at ease, so they all got into Gayle’s car and headed out. It was thought that this trip would make things right and that Asha would calm down and return to normal. Little did they know that things were about to take a swift detour even further into the bizarre.

Along the way to San Francisco, the group stopped for breakfast at an establishment called the Rollerville Café, near Point Arena in Flumeville, California. As they sat at the table Kreimer was still acting oddly, refusing to talk to the waitress and not touching her food, but they decided to stay because she was not totally freaking out, just being weird. At some point, the friend, Scales, said she needed to go to the restroom and walked off. Just a minute later, Kreimer said she had to go to the restroom too, and got up to follow after her friend. However, when Scales came back a few minutes later and Gayle asked where Kreimer was, she claimed that Asha had never been in the restroom. It was very strange, because Gayle had seen her walk off towards the restrooms, but when the two of them went to look, Kreimer was indeed nowhere to be seen. In fact, she would never be seen again.

A search of the premises showed no sign of Kreimer, and she wasn’t anywhere outside either, odd considering she had just been gone for such a short time. At the table she had left her shoes behind, meaning she was walking around barefoot, and she had left her purse, wallet, all of her money, credit cards, and identification behind, and none of it made any sense at all. They soon notified the police, but nothing was found in the immediate vicinity and after questioning other café patrons, no one seemed to remember seeing Kreimer leave the premises at all. It was as if she had just evaporated from existence. 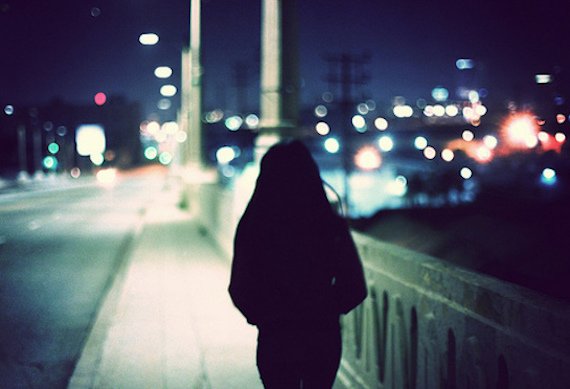 When police expanded their search area, they came across Kreimer’s jacket discarded on a trail near the Point Arena Lighthouse, and at first it was feared that with her recent mental issues she had perhaps committed suicide by jumping from the nearby cliff to the grey sea below, but there was no sign of a body or evidence that she had approached the ledge. Her cell phone would be found in some bushes of her home and other clues were turned up as well, such as two messages that had been deleted from Kreimer’s cell phone shortly before she disappeared, but it is unclear if this has any bearing on what happened. There were also several sightings of the missing woman after she vanished, such as one witness who saw her at the beach that afternoon, and another who claimed to have seen her at a supermarket four days after she had gone missing, but none of these could be confirmed. Despite an extensive search and continued involvement from Kreimer’s family, no new leads have come up and the case is cold.

The case is very odd in that it was preceded by extreme personality shifts and happened in broad daylight right under the noses of her friends and the customers and staff of the restaurant they had been at. What happened to Asha Kreimer? There have been lots of theories thrown around. One is that Jamai Gayle was somehow involved, but there is no evidence to this effect and he has never been considered a person of interest. Another is that she had a psychotic break and wandered off, perhaps even incurring amnesia, which would fit in well with the episodes she was having in the days leading up to the vanishing. Yet another idea is that she intentionally fled her life and decided to start again elsewhere. This might be supported by the sporadic sightings that continue to come in. She also could have committed suicide or been a victim of foul play, possibly linked to the Humboldt County marijuana black market. In the end no one really knows. What happened to this troubled young woman? Where did she end up? Is she alive or dead? The mystery remains.

Do Ghosts Wear Masks? Haunted Mansion For Sale During Pandemic