The Strange and Mysterious Story of a Missing Prime Minister

Today's article is on the unresolved subject of Australian Prime Minister Harold Holt's vanishing on December 17, 1967. The National Film and Sound Archive of Australia say of Holt’s weird disappearance:  "With Australia at war in Vietnam in 1967, suddenly Prime Minister Harold Holt disappeared without a trace - an event unparalleled in the history of western democracy. The nation was in shock and disbelief at the shattering news, hoping for a miracle for the man who famously declared it was ‘all the way with LBJ.' Police led a '‘softly softly' investigation and concluded accidental drowning. But at the height of Cold War paranoia, persistent doubts about his disappearance fueled rumor and wild speculation. Why did Holt go into such violent surf that day? Had he chosen a bizarre way out of a difficult situation? Why were police withholding crucial facts? What had they overlooked?"

Gilbert King, writing for Smithsonian.com, says: "On the gusty afternoon of December 17, 1967, a group of five adults arrived at Cheviot Beach, near Portsea, Victoria, and strolled along the Bass Strait beneath the warm Australian sun. Harold Holt was eager for a swim, and after stepping behind a rock outcrop in the sand dunes, he emerged wearing a pair of blue swim trunks. Marjorie Gillespie and her daughter, Vyner, both in bikinis, turned to the water and noticed that the surf, at high tide, was higher than they’d ever seen it." 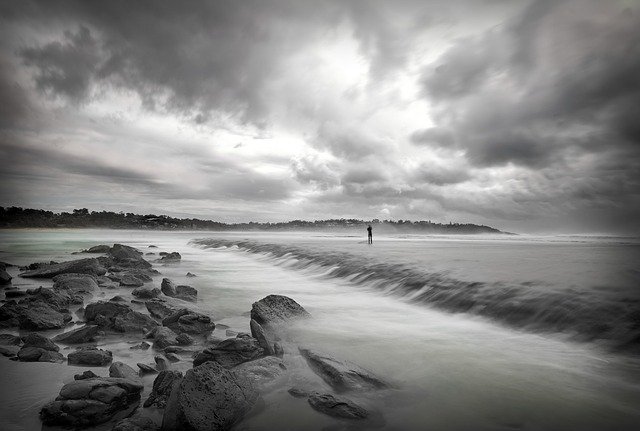 The National Archives of Australia take a down to earth explanation for what happened on the day that Prime Minister Holt disappeared: “Harold Holt disappeared while swimming at Cheviot Beach near Portsea, Victoria on 17 December, 1967. His body was never recovered. Without determining the cause of Holt's death, a joint report by Commonwealth and Victoria Police, submitted in January 1968, concluded that, 'there has been no indication that the disappearance of the late Mr. Holt was anything other' than a tragic accident. The report found that his last movements followed a routine domestic pattern, his demeanor had been normal and despite his knowledge of the beach, the turbulent conditions (high winds, rough seas and rip tides) overcame him. The explanations put forward for a failure to find the body included an attack by marine life, the body being carried out to sea by tides or becoming wedged in rock crevices. While a variety of theories have been expounded about Holt's disappearance, the Commonwealth Government did not deem a formal inquiry necessary, accepting the conclusions of the Police report."

On August 24, 2005, and in the Guardian, journalist Bernard O’Riordan wrote of the then-latest development in the matter: "A copy of the police report, now housed at the National Archives of Australia, made no mention of how Holt may have died or the whereabouts of his body. In the fevered cold war climate this simply fueled the conspiracy theories and provided Australians with their own home-grown version of the John F Kennedy assassination intrigue. Holt had been prime minister for 22 months when he disappeared, prompting claims that he may have committed suicide because of political pressures, or run off with a mistress...Others believed the CIA killed Holt because they thought he was about to take Australia out of Vietnam, given the strong opposition to the war by many Australians. The CIA theory was equally fanciful, given that Holt had pledged during a visit to the White House in 1966 to go 'all the way with LBJ,', referring to the then American president, Lyndon Johnson."

On September 3, 2005, Nick Squires of the U.K.’s Telegraph newspaper wrote of Holt and the mystery that still surrounds him: "His disappearance was variously blamed on suicide, a shark attack, a Chinese submarine or a CIA assassination plot. But the mystery surrounding the fate of a former Australian prime minister was finally laid to rest yesterday. Authorities concluded that Harold Holt, who vanished while swimming off the coast of Victoria nearly 40 years ago, simply died from drowning. He disappeared on Dec 17, 1967 but his body was never found. Victoria's state coroner, Graeme Johnstone, said in a formal ruling yesterday that Holt, 59, drowned in heavy surf south of Melbourne and all the other theories were fanciful. 'Mr. Holt took an unnecessary risk and drowned in rough water off Cheviot Beach,’ he said. 'Perhaps, in hindsight, there should have been an inquiry as it may have avoided the development of some of the unsubstantiated rumors and unusual theories.'"

The vanishing of Prime Minister Henry Holt, in the waters off of Victoria, Australia, continues to provoke controversy, more than fifty years later.

UFOs, Politics and Religion — Only in Texas