The Strange Case of the Berkshires UFO Incident

The region known as the Berkshires of western Massachusetts is a charming, rural area dotted with small towns and possessing vast areas of pristine wilderness that make it a popular destination for hiking, fishing, and other myriad outdoor activities. It is for the most part a quaint, quiet area full of relaxing natural splendor and placid little towns in which not much ever really happens. Yet in 1969 there would be a series of otherworldly, inexplicable events that would play out in this secluded place, which would grip the entire region, and capture the imagination of people around the world.

Beginning on the evening of September 1, 1969, various people in the tiny town of Sheffield began reporting seeing a strange disc-like object with an array of bright lights on its underbelly. In some cases, more than one of these bizarre craft was supposedly seen, and in every case they were described as completely silent. Over 40 people would report seeing this strange sight in the skies over the area, and many of the calls were made by frightened residents to the local radio station, WSBS. The manager of the station, David Isy, would say of it:

We had listeners call the radio station that evening. At the time they didn’t know it was a UFO, they just, you know, called the station to say something bizarre has happened.

While all of this was weird enough, some reports that would emerge from the time are more outlandish than others. One of the strangest cases on that evening was supposedly experienced by a local boy by the name of Thomas Reed, who was 9 years old at the time. On the evening of September 1, he claims that he was driving with his mother, grandmother, and brother when they all saw brilliant lights through the trees out over the road ahead as they were crossing a covered bridge, which got so intense the interior of the car was lit up as if it were daylight outside, and they could get a glimpse of a “a tarnished circular looking vessel.” At the same time, they experienced what they describe as a sort of change in air pressure, and a feeling like an electric charge in the air. Then something altogether even stranger happened.

The family allegedly suddenly and without warning found themselves on the road over a mile away in darkness, with people’s seats switched around, and looking at the clock showed that three hours had passed. The strange craft was gone and they were in pitch black night. None of them could really remember much of what had happened during that missing time, but Thomas had fleeting, confused memories of it in his mind, like a half remembered dream, including some sort of indoor hangar bay, of which he has said:

We encountered something. It was definitely not of this world. We had a black and white television at time and the imagery that we saw on this thing was unbelievable. There were lights that looked like fluorescent tubing inside this hangar. This hallway we had seen was circular with a Y-configuration almost to control the flow of traffic. This one room had a bowed-in wall that was rounded. This was not something that you would have seen in 1969 anywhere else. I have no idea where I was, but I know that what I saw was very different than anything I’ve even seen today 50 years later.

Reed would in later years admit that he had been abducted on several other occasions before that. Reed was not the only person to have such a strange experience at the time. Another odd case revolves around a boy named Tom Warner, who was claimed to have been taken aboard the ship in a beam of light right out of his home in front of his startled babysitter, and would later say that he had had telepathic communications with aliens while aboard. Another girl named Melanie Kirchdorfer also claimed that aliens had taken her aboard their ship, and that while there she had seen other kids from her school in some sort of dazed trance. There were also many reports of people with missing time who could remember nothing of what they saw, and considering these were all disparate people who did not know each other all reporting more or less similar things on the same evening it is rather remarkable. 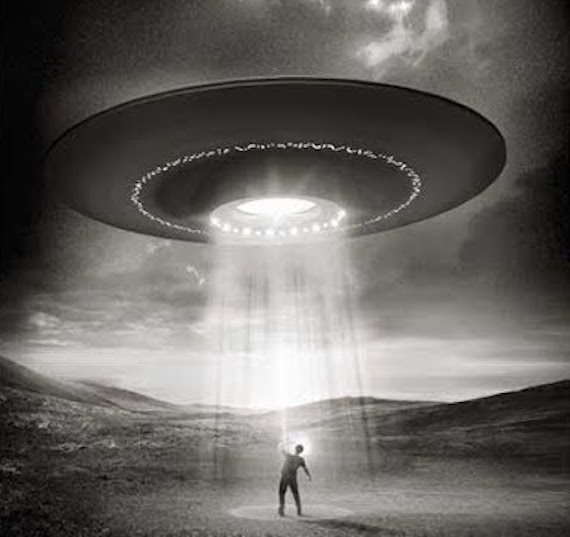 A very strange account from the evening was also given by a local named Kevin Titus, who was also just a child at the time. He says that he was in the nearby town of Great Barrington on that evening looking for a missing cow along with his friend. He would claim that they had come across the animal lying on the ground in a mangled state as if it had been ripped apart, yet there was no blood anywhere. As the two shocked youths looked upon that macabre scene, they were allegedly suddenly bathed in a bright, white light, after which they saw “a tortoise shell-shaped craft” hovering above for a moment before shooting off into the night.

The Berkshires UFO Incident was all over the news at the time, and generated so much intense interest that a huge granite monument with a plaque was built in 2015 by the covered Sheffield bridge where Reed first saw the craft, and the Great Barrington Historical Society has formally labelled it as an official historical “significant and true event.” Unfortunately, the monument was not liked or embraced by everyone in the area, and was the frequent target of vandals until it was finally removed in 2019 after years of controversy and legal disputes orbiting it. The incident has been oft-discussed in UFO circles, appearing on TV documentaries such as "Paranormal Paparazzi,” "Alien Mysteries," “Uncovering Aliens,” “Ancient Aliens,” and the new “Unsolved Mysteries,” and even has an exhibit at the International UFO Museum And Research Center in Roswell, New Mexico. However, Thomas Reed himself has long tried to downplay the sensationalism of it all, saying that his experience was ambiguous and that the news and these shows tend to overplay it all. He would say:

The papers and the stories have gotten so ridiculous that the truth has been lost. First of all, they keep using the cornball terminology you might find -- the abduction stuff. That's not what happened. Our family is very credible. We're not a bunch of lunatics. Now, we do remember being in what looked like an airplane hanger. We didn't stay in the car. We were removed from the vehicle, that's true. Where we were, I don't know.

So what was going on here? It is all very curious that so many disparate people who did not know each other reported pretty much the same thing at around the same time, which has propelled the case into one of the most notable of UFO history. What did these people see and what are we to make of the tales of abductions and missing time? Is this just a creepy anomaly or is there more to it? No one really knows, and the incident continues to hang over the area to this day.