Sometimes, it’s important to note that not all monster investigations result in the finding of an actual monster. On occasion, such accounts and tales are whipped up by the local media, eager for sensational tales of mysterious things in their very midst. That does not take away the fact something may have happened, however. Or that a strange creature may really have put in an appearance. The story I will now share with you amounts to a perfect example of all the above. April 3, 2003 was the date on which something very strange happened in a body of water in central England, near the bustling town of Cannock, Stafordshire. Known locally and unofficially as Roman View Pond, it was very soon to become famous. Or, rather, infamous. In no time at all, not only were the local media on the scene of all the crazy antics, but just about all of the U.K.’s nationwide media were, too. I should stress that I know the area well, having grown up only about fifteen minutes’ drive from the pond, which is actually much bigger than its name suggests. By the time of the saga took off, however, I was already living in the United States, having moved to the United States from the U.K. a few years earlier. Monster-hunter Jonathan Downes said: "The affair started with an e-mail message from Nick Redfern. It was a story from the Wolverhampton Express and Star newspaper dated June 16, 2003, written by Faye Casey, and titled Mystery as 'croc' spotted at pool."

The article read as follows: "A Staffordshire community was today trying to unravel a pool monster mystery after reported sightings of a 7ft 'crocodile' type creature rising from the deep. Police officers, RSPCA inspectors and an alligator expert from Walsall were called to the pool in Roman View, Churchbridge, Cannock, on Saturday afternoon when reports of the sighting were first made. They searched the area and found nothing, coming to the conclusion that the creature must have been a fish or possibly a snapper turtle. But locals are not convinced and youngsters have designed their own “croc on the loose” posters to stick on lamp-posts. One man, who did not wish to named, said he called the emergency services because what he saw in the pool was not a large fish. He and members of his family had being feeding the swans when the creature emerged." 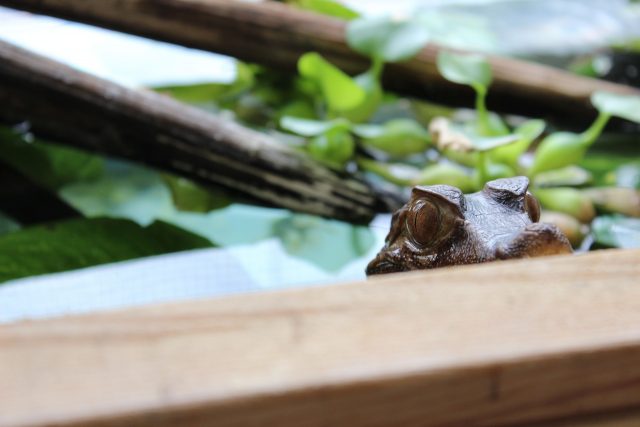 The newspaper continued: "'We were there looking at the two swans and their baby cygnets. And there was a commotion in the water and lots of turbulence. It was far too big to be caused by a fish. As the creature went past I saw it had a flat head, a 5ft long body, and 2ft tail. It was not smooth and was moving in a snaking action - my initial reaction was it was a crocodile or alligator and so I called the police.' Linda Charteras, from nearby Cheslyn Hay, was also feeding the swans on Saturday afternoon. 'I saw the creature first - a large pool of dirt came up. It looked as though it was after one of the cygnets. I saw its head and long nose and thought there was no way it was a fish,' she said. Natalie Baker, who lives on nearby Nuthurst Drive, said her children and their friends had been designing the posters. 'There has got to be something in it for the police and RSPCA to come out.'" 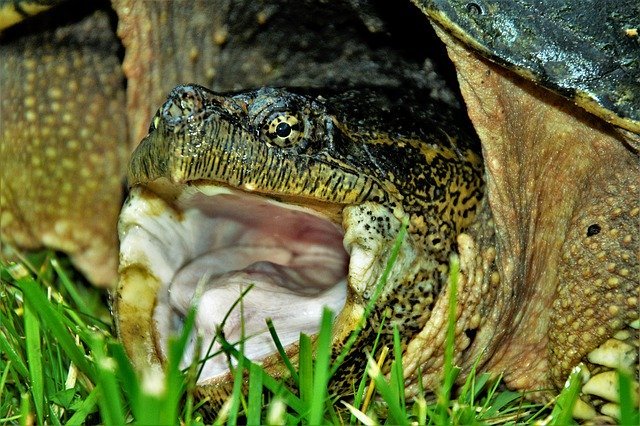 Jon Downes said: "Despite growing local interest in the creature - a group was out with their binoculars scanning the water  - the RSPCA say it is highly unlikely the beast was an alligator or croc. Nick Brundrit, field chief inspector for the RSPCA, said the team kept up observations at the pool for around an hour and a half on Saturday, but there were no obvious signs of an alligator-type creature. He said the sighting was more likely to be a group of basking carp swimming together, or possibly a snapper turtle. Following on from the excellent preliminary fieldwork carried out by Mark Martin, the main CFZ expedition finally reached Cannock in the early afternoon of 21st July. After a rendezvous at our digs, the Exeter contingent and Mark Martin drove in convoy to the pond at the end of Roman View. No matter how many times one carries out an expedition like this to finally see the location of a series of mystery animal reports for the first time. The pond where the crocodile had been reported was surprisingly wild looking; an oasis of sanity in an increasingly desolate and unattractive West Midlands Environment."

Diligent investigations by the Center for Fortean Zoology showed that was almost certainly in the water was a spectacled caiman. No doubt, it was a pet that grew too big and was dumped into that briefly famous body of water. Sadly, it stood no chance of surviving when the winter came around.

Planet Nine May Be a Tiny Black Hole Detectable From Earth