Two new species of prehistoric sharks have been identified based on teeth that were found in two southern states of the U.S.A. The sharks, named Mennerotodus mackayi (found in Alabama) and Mennerotodus parmleyi (found in Georgia), date back to 65 million and 35 million years ago.

According to the study that was published in the journal Fossil Record, the researchers analyzed hundreds of teeth that were found in the southern part of Alabama as well as the central part of Georgia. Finding these shark fossils from the genus Mennerotodus in the United States is pretty extraordinary as they have previously only been found in Europe and Asia. 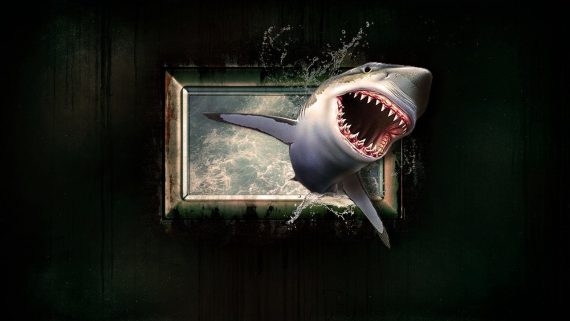 The Mennerotodus mackayi species showed up approximately 65 million years ago shortly after the Chicxulub dinosaur-killing asteroid hit the planet. In a statement, Jun Ebersole, who is the Director of Collections at the McWane Science Center in Birmingham, Alabama, as well as one of the authors of the study, said, “Based on the number of teeth we recovered, it was likely one of the more common species in the ancient Gulf of Mexico 65 million years ago.” (A picture of the teeth can be seen here.)

The Mennerotodus parmleyi species is a bit younger as it appeared approximately 35 million years ago. This species was identified by hundreds of teeth that were discovered in a defunct kaolinite mine located in Georgia. It was originally believed that the teeth belonged to several different species but after further analysis, they identified them as belonging to the Mennerotodus parmleyi.

“These teeth are significant because they represent the first occurrence of Mennerotodus in North America,” Ebersole explained, adding, “And because the Mennerotodus mackayi teeth in Alabama are older than those from other parts of the world, it strongly suggests that this group of sharks originated right here in the ancient Gulf of Mexico.”

Another interesting fact is that the two newly identified species are ancient relatives of the modern day sand tiger sharks. These sand tiger sharks are found in warm waters all across the world (except in the eastern Pacific), have incredibly sharp teeth that stick out in different directions, can grow as large as ten feet in length, and can weigh up to 350 pounds (159 kilograms). They are the only sharks that come to the surface of the water to gulp air and then they store it in the stomach which lets them to rest motionless in the water when searching for food.