UFOs Encounters and the Oz Factor

UFO encounters seem to play out a little differently for everyone. It is a phenomenon that has many permutations and outcomes depending on who experiences it. However, there are some commonalities between UFO experiences that have often caused speculation and debate, and these have really run the gamut. One that has been tossed about it the recurring phenomenon of UFO witnesses having lapses in reality or warped perceptions of their surroundings, and this has gone on to actually spawn a whole new theory to try and explain it all.

The theory of what has come to be known as the “Oz Factor” comes from the British author, researcher, and former director of investigations with the British UFO Research Association (BUFORA), Jenny Randles. She has written numerous books and articles on the UFO phenomenon, and has covered such disparate subjects as crop circles, ESP, life after death, time anomalies and spontaneous human combustion. During her deep investigations into the UFO phenomenon, she came across numerous examples of a reported feeling of disassociation from reality from UFO witnesses, in particular those who claimed to have been abducted, and this worked its way into a theory that she would coin as “The Oz Factor.” It came to the attention of Randles that many of those who had had such encounters came away from the experience with some similar symptoms. In particular were feelings of a sense of timelessness, disrupted sensory input, paralysis, missing time, a dreamlike state, and other altered states of consciousness, which always left the experiencer as feeling like they had momentarily checked out of reality as we know it. Such cases are countless, with one early one cited by Randles herself, who writes:

It occurred one hot and thundery day in the summer of 1944.  World War II raged around the village of Le Verger, near Toulon-sur-Arroux, France, when a thirteen-year-old girl, Madeleine Arnoux, decided to risk the many Germans and resistance fighters in the woods to cycle out and pick berries.  In doing so she confronted a strange object in the grass, like a small car but dull grey in color.  She then noticed that small men stood beside it, no more than three feet tall and dressed in brown one-piece suits.  Feeling desperately afraid, she tried to run but was paralyzed and lost all sense of time (the Oz Factor once more).  Then, inexplicably, the object had gone and the hold on her was relaxed.  She fled back to her village.

Another case along these lines was reported on the site Phantoms and Monsters, with a witness who was out helping a friend move from North Carolina to Naples, Florida. After they had reached the destination and unloaded the truck, they stayed in the area a few days and made their way to the Naples Pier, and this is where a strange event would transpire. The witness says:

We walked out to the end, looked at what the fisherman caught that day, etc. While everyone else was at the end of the pier, I started walking back towards the entrance. While walking, I remember having this really weird feeling like something was happening. Time was slowing down or something. It’s really difficult to describe. Almost like some kind of magnetic feeling or hypnotizing feeling. I remember turning around and looking up at the sky for some reason. When I looked up, I remember seeing this weird metallic looking ball in the sky. Literally the same kind of UFO you would see photos of online. But the weird thing is, it was like everything else kept going on around me. Everyone was walking, I couldn’t really hear anyone talking. Almost like I was in a different time “field” or something. Then there was literally like a “snap” back to reality, and everything around me was normal. People walking, talking, at “normal speed.” As crazy as that sounds, it’s a 100% true story.

There are many, many other reports just like this, and this all fits into Randles’ theory that UFOs have the ability to somehow distort perceptions and reality around those who see them. The effects of this can include a wide variety of phenomena, such as physical tingling, perception of an electromagnetic field or electrostatic charge control body, alteration in electrical appliances, motor paralysis, blackouts, headlights off, deviation light rays, interference in communications (radio and radar), sense of timelessness, time distorting or slowing down, even stopping, amnesia, hallucinations, a persistent hum, dizziness, a sense of unreality, the elimination of all sound, perception of a mild low frequency hum, déjà vu, and many others. Randles herself describes it all as:

An induced form of sensory deprivation which seems to alter the state of consciousness of the percipient.  It can become visible as a sensation of time standing still, or interfered with, or it manifests as all sound vanishing, a very odd feeling of being isolated from our world into a magic world.  It is less easy to describe than recognize, since witnesses often refer to it without having any idea of its significance.  This underlines its importance.

The idea is that these entities behind the phenomena are somehow altering and twisting our perceptions to control us or influence us, and it is even suggested as a reason for why others might not have seen anything out of the ordinary during the event, as the whole thing has happened in some sort of “cocoon” away from normal reality, in its own little universe, in a sense. Such episodes could be profound, and Randles say of the reports she researched to come to this conclusion:

Witnesses would tell me that they felt a strange sensation prior to the encounter – a sort of mental tingling as if they were aware that something was about to happen. They would even tell me they just had to look up and see what was there – as if it had called to them silently. Then I would be told that during the experience, time seemed to disappear and lose all meaning. It was as if the encounter were happening in a timeless, magical void. Further clues kept popping up the more that I tabulated these cases. For instance, there were claims that at the onset of the episode all ambient sounds faded away c bird song, the wind in the trees, distant train noises, et cetera. All of these clues pointed towards an isolation factor at work, as if the witness were being singled out and put into a cocoon whereby he or she could experience the UFO, whereas anyone outside of it could not. 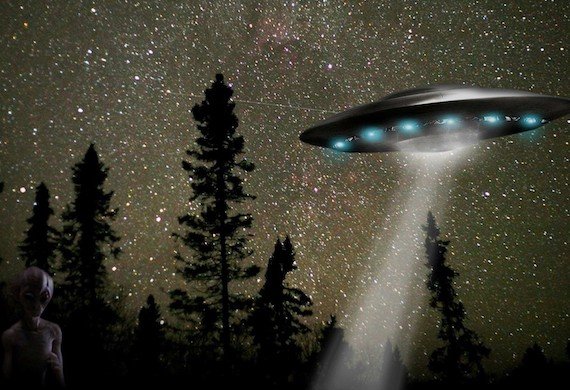 This all seems to suggest that the UFO phenomenon is having some effect on reality itself as it occurs, representing a disassociation from the barriers of time and space, and it is a theory that is no doubt debated, but nevertheless embraced by some other researchers who follow a similar train of thought. The legendary astrophysicist and UFO researcher Dr. Jacques Vallee has said of this:

At close range, the UFO phenomenon acts as a reality transformer, triggering for the witness a series of symbolic displays that are indistinguishable from reality. These displays, which frequently begin with a bewildering series of blinking coloured lights of extraordinary intensity, induce a state of intense confusion for the subjects who are vulnerable to the insertion of new thoughts and new visual experiences. What we see emerging in the UFO phenomenon is not gradual contact but rather gradual control – of our beliefs, expectations, fears, hopes and dreams.  We know from behavioural psychology that the best schedule of reinforcement is one that combines periodicity with unpredictability.  Learning is then slow but continuous, it leads to the highest level of adaptation.  And it is irreversible.  It is interesting to observe that the pattern of UFO waves has the same structure as a schedule of reinforcement.

Another researcher, Michael Talbot, also gives his opinion on this phenomenon and what it might mean. Talbot thinks that this is indicative of the holographic nature of the universe, and that it all represents a sort of “awakening.” Talbot has said:

At present we simply do not know, but in a world that is comprised less of solid objects travelling in space and time and more of ghostly holograms of energy sustained by processes that are at least partially connected to human consciousness, such events may not be as impossible as they appear .... the evidence suggests that we are still children when it comes to understanding the true nature of time. And like all children poised on the threshold of adulthood, we should put aside our fears and come to terms with the way the world really is. I propose that such phenomena are difficult to categorise because we are trying to hammer them into a picture of reality that is fundamentally incorrect. Given that quantum physics has shown us that mind and matter are inextricably linked, I suggested that UFOs and related phenomena are further evidence of this ultimate lack of division between the psychological and physical worlds. They are indeed a product of the human psyche, but they are quite real. Put another way, they are something the human race has not yet learned to comprehend properly, a phenomenon that is neither subjective nor objective but 'omnijective' – a term I coined to refer to this unusual state of existence. 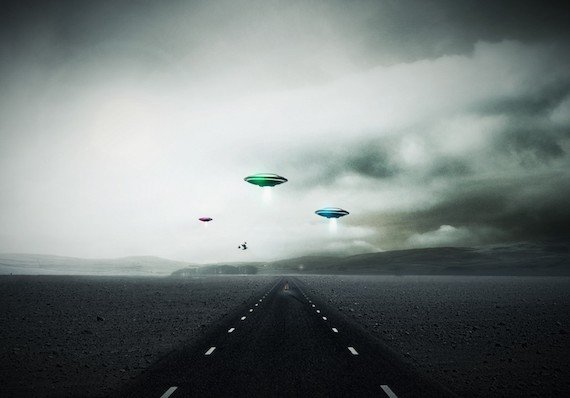 What does this all mean? Do UFOs have the ability to warp our reality or perception of it, to envelope us in a seperate existence, and if so, how do they do it? Whatever the case may be, Randles believes it to be an integral part of the UFO phenomena as a whole, and has written:

The Oz Factor implies that the UFO Close Encounter has a visionary component. You might interpret that as meaning it is all in the imagination, but it really means that there is a direct feed, if you like, from the source of the encounter to the consciousness of the witness. Something makes them pay attention by tuning out the normal sensory flow and looking up to watch the show. Where that show is being projected from remains the subject of great fascination. And it certainly does not eliminate a [different] intelligence as running this show.

To me, the Oz Factor is a vital key to the UFO mystery, and may help us to resolve what is happening. We should not be afraid of its implications; just because it seems to suggest a fuzziness to the phenomenon. In truth, we should embrace these cases. Indeed they seem to make a lot more sense when seen in the context of modern physics and our understanding of quantum reality, multiple dimensions, and relativity. These fields are pretty weird and produce consequences that science has been wrestling with for 100 years. That UFO close encounters exhibit equal strangeness is, to me, a sign that we are on track for the right answers.

It is unclear what all of this has to do with the UFO phenomenon, but it is interesting to ponder. How deep do these experiences reach into out psyches and reality, and what ripples do they send out around all that we know? Is there some force that is tinkering with our perceptions during such events and what is its significance? Like everything else about UFOs we are likely to be left to the limbo of speculation and debate until something more concrete comes forward, and this is another theory that pervades the phenomena inviting us to discuss.