UFOs May Be Cause of Strange Circles on Beach in Brazil

What do you do if you live in an area where there are no crops for making crop circles? If you’re near a beach, you make sand circles. And by “you” I mean either humans or aliens, since a case can be made for either with this story out of southern Brazil about mysterious circles appearing after a couple of UFO sightings. Are they related?

“They moved in the South-North direction, at low altitude. I didn't have a cell phone to film. It was not an airplane or a shooting star. It was fast and amazing! It lit up everything around, even the thin clouds. Then they disappeared.”

GaúchaZH (Gaucho) media talked to Silvio Scienza who claimed to have seen two colored spheres changing colors between gold and orange in the sky over the North Coast beach around Tramandai and Cidreira between Magisterium and Torres, coastal cities in Rio Grande do Sul, Brazil’s southernmost state. The sightings occurred on June 23 at around 7:30 pm. GaúchaZH also located Mana Bosquetti, who claimed she and her boyfriend saw similar spheres while on the nearby Salina beach, although they appeared separately. Like Scienza, Bosquetti also claimed the spheres created an explosion of light before disappearing, but she also said the each broke in half.

“When I saw it, I showed it to my boyfriend. Initially, we thought it was a drone. They were on the sea and were not very big, as they moved. The flash was very strong. Soon after, another similar light appeared, but it came from the sea towards Lagoa da Fortaleza.”

The sightings were initially reported on the Cidreira RS Facebook page, where many more residents reported similar unconfirmed sightings. Skeptics suggested the lights were meteors, but GaúchaZH contacted Professor Carlos Jung from the Heller & Jung Observatory and the Brazilian Meteor Monitoring Network (BRAMON) who said he had no record of meteors from June 23. Since no one recorded their sighting on camera or video, it’s hard to offer any other ideas, like fireworks or strange planes.

GaúchaZH (let’s take a moment to commend the site for such a thorough and detailed investigation) then contacted Carlos Odone, founder of the Gaucho Ufology Movement, who said he had received other reports of sightings in the Cidreira region during the same week. Ufologist and editor of a UFO magazine, Ademar José Gevaerd, had no reports but confirmed that the coastal area from Tramandai north to Araranguá in the state of Santa Catarina has a lot of UFO sightings. Without any other information, he said this:

“Everything indicates that it is due to the time, because it was on the coast and in good weather. But there is nothing to fear. These phenomena are harmless. There must be more advanced life forms in the universe and because they would not be exploring other planets, as we will do when we have the technology for that.”

Because this is a Google translation, it’s tough to determine if that’s an “It’s aliens!” or something else. However, GaúchaZH makes reference to an alleged portal between dimensions near Cabras beach between Cidreira and Tramandaí. There are stories of other UFO sightings, alleged abductions, mechanical disruptions (cars stopping, etc.) and alien sightings. 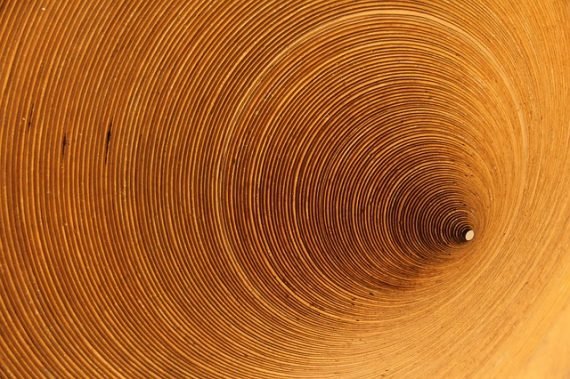 “It's as if they had dropped a gourd of chimarrão on top of the sand, forming a perfect circle. In our case, it was more than a circle and they were symmetrical and aligned, at an equally perfect distance. I don't even know if someone did it.”

Photos on the Cidreira RS Facebook page, taken by witness Luis Ricardo da Silveira, showed a number of these mysterious circles in the sand, including one much larger than the others. Since it’s sand it’s difficult to tell if the footprints around them are by human makers. It’s not reported how long there were there, but GaúchaZH note that this occurred during UFO Week, a time of ufology meetings and visitors in the area. However, Gevaerd thinks they’re nothing but human artwork.

No other reports of subsequent UFO sightings or sand circles in the area were found, and no one else seemed to connect the UFOs with the circles. Kudos again to GaúchaZH for its thorough coverage, even though they reached no conclusions.