We Finally Know Where The Stones From Stonehenge Came From

Experts, who were led by the University of Brighton, performed a chemical analysis on a piece of a stone from Stonehenge in order to determine where exactly they originated from. They tested a sample from a sarsen stone that was recently returned to the United States after being taken during repair work to the site in the 1950s and what they found was quite interesting. The large sandstone boulders (which are 30 feet in height and weigh around 20 tonnes) came from Wiltshire’s West Woods which is located about 15 miles north of Salisbury Plain.

But first, let’s talk about why a sample was taken in the 1950s. There were, in fact, three samples that were removed from Stonehenge in 1958 by Van Moppes (Diamond Tools) Ltd of Basingstoke so that metal ties could be put inside of stone 58 for reinforcement as it contained several fractures. In fact, stones 57, 58, and 158 (the lintel stone) had all fallen over in the year 1797. Robert Phillips, who was an employee with the company, took one of the three cores, but in 2018, he returned the core sample to England. The second core sample is at the Salisbury Museum while the third one has never been found.

Now getting back to the testing of the samples, experts revealed that based on a non-destructive X-ray technique, they were able to analyze the sarsen stones that are still standing at Stonehenge and found that 50 of the 52 contained the same chemistry meaning that they came from the same location around 2500 BC. Then they extracted samples from the piece that was taken in 1958 and compared its composition to other samples of sarsen boulders from twenty different areas around England. After the comparisons were complete, they were able to determine that the stones came from West Woods.

This is pretty exciting news, as Susan Greaney, who is an English Heritage senior properties historian as well as an author of the paper, described the findings as a “real thrill”. She went on to say, “Now we can start to understand the route they might have traveled and add another piece to the puzzle,” adding that those who built Stonehenge “wanted the biggest, most substantial stones they could find and it made sense to get them from as nearby as possible”. 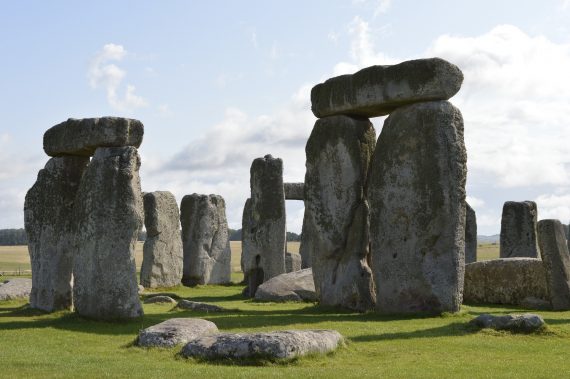 David Nash, who is from the University of Brighton and another author of the study, weighed in by stating, “It has been really exciting to harness 21st century science to understand the Neolithic past and finally answer a question that archaeologists have been debating for centuries.”

In other Stonehenge news, a new study has revealed that Stonehenge’s smaller “bluestones” actually came from the northern part of Preseli Hills and were transported to Salisbury Plain by land instead of by water. It’s been known for quite a while that Stonehenge was made up of local stones as well as some from Preseli Hills in Wales.