UFO lore and history are full of all manner of strange accounts that really run the range. Our skies seem to have been host to all manner of weirdness that have been picked apart and discussed for decades. Within the phenomena we can sometimes find patterns of a certain type of sighting. There are orb UFOs, black triangles, the traditional saucer type, and many more, and adding to all of these are those accounts of what can only be described as mysterious flying trains.

One of the earlier reports of this phenomenon comes to us from July of 1968, when an industrial worker by the name of Francisco Zamora was driving along with his wife, Martha Frias, his sister Trinidad Zamora, his brother-in-law Carlos Muñoz and two children from the town of Difunta Correa to the city of San Juan, in the country of Argentina. At some point along their route they were forced to stop the car as what they took to be a train crossed the road, which they estimated as being around 100 feet long and with lighted windows along its side. What was odd, however, was that this “train" seemed to be hovering several feet off the ground, and was completely silent, and so when it passed the bewildered family searched around, after which there were found to be no train tracks in the area. What was that hovering line of window-like lights that passed by them? Who knows?

An even more bizarre report occurred in July of 1972, and was investigated by the Argentinian UFO researcher Dr. Oscar A. Galíndez. The encounter allegedly occurred at a place called Arroyito, Cordoba Province, Argentina, where on July 16 of that year two men by the names of Atilio Brunelli and Severino Porchietto were returning by car from a meeting at the Club Atletico Independiente Union Cultural de Balnearia. At approximately 2:30 AM, the two were passing the town of Arroyito along a remote and rural road when they were startled by a blinding flash of white that momentarily lit up the pitch darkness around them to almost daylight levels of brightness. At first, they thought this was a flash of lightning, and that a storm was upon them, but things were about to get very bizarre. 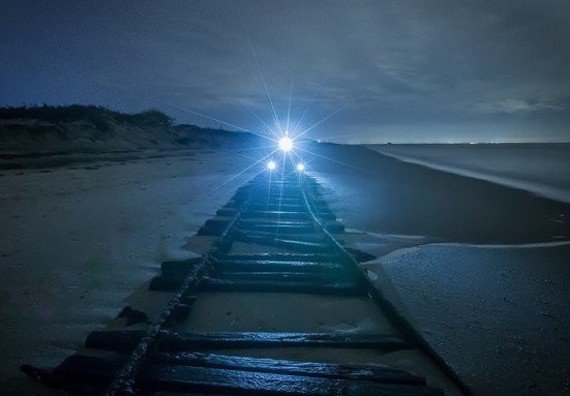 Not long after this initial mystery flash, the two men noticed a row of what appeared to be motionless rectangular orange-tinted lights through the night out over the flat terrain about 50 meters away. They assumed that this was a railway car and went on their way without giving it any more thought, yet oddly, it turned out that there were no storm clouds in the sky and no more lightning. The skies were absolutely clear, and making it even stranger was that they then found themselves approaching the town of Montecristo, far from where they had started, and which meant that they had covered 185 km in barely an hour. Not only that, it was found that they had not burned nearly enough gasoline to account for so much distance. Of how they had gone so far so fast, the men could not recall. In the days after they both experienced strange tingling and numbness that neither of them could explain. Both of them would experience strange tingling sensations, spasms, and rashes over the next several days. As to the “train” they had seen, Galíndez gives a few more details:

They confirmed that characteristic of the “illuminated railcars” and the departure and arrival times from and to Cordoba. They both agree that they are startled by the lack of curiosity they felt about the strange train, whose windows were not square, but rectangular (the experiencers estimate that each window was some 3 meters tall by 0.70 meters). Furthermore, there was no light or reflector on any corner of the object. Even more remarkable is that the train tracks are 10 meters away from the road and not 50, the estimated distance between the road and the “train”. Nor could they find a satisfactory response to the motives that kept them from realizing that they had seen something truly abnormal, and going back to ascertain its true nature. Mr. Brunelli considers himself remarkably curious, and admits that he acted out of character.

In Mr. Porchietto’s opinion, moments after seeing the object, he had the odd impression that the car was balancing only inches over the pavement. Mr. Brunelli, on the other hand, admits having felt no such feeling, but acknowledges that they both noticed how smoothly the vehicle was running despite the characteristic bumpiness of the road. The radio was off. No interference with the engine or lights were observed, nor were their wristwatches affected. They perceived no fog or any odor whatsoever. They did not experience any muscular or cutaneous sensations at all during the sighting of the “train.”

The two men would go back to the spot during daylight hours, only to find no railway tracks there and no evidence of the object they had seen, although there were tracks not far away. Yet, an investigation into those tracks showed no scheduled train for that day and time, and the witnesses insisted that what they saw had much larger windows than a typical train. What did these men see and how can we explain their mysteriously abbreviated trip? No one knows. 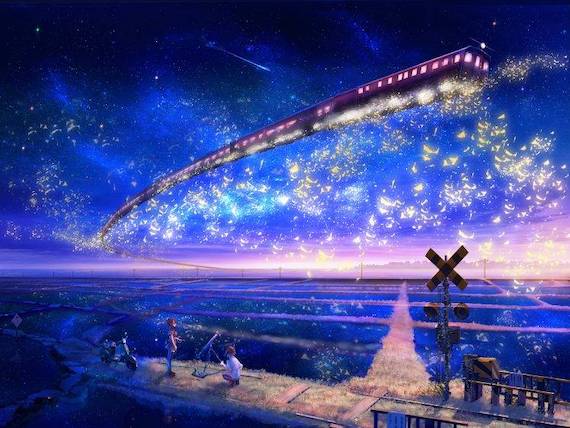 July of 1972 seems to have had quite a few of these sorts of sightings, as there was another report of a mysterious “train” at Colonia Helalcó, also in Argentina. Just a few weeks before the Arroyita incident, a Mr. Emilio Albaire was at his rural home with his family enjoying a warm, clear evening out in his yard, when they all spotted an elongated object about 50 meters in length and with illuminated windows sitting out in the woods, looking very much like a train. The light was described as being a greenish-blue, and as the family stared at it wondering why a train would be out there, it suddenly shot up vertically and turned into a “ball of fire” before streaking off into the night.

In that very same month of that very same year, a Mr. Carlos Altamirano was in his car on his way to Santiago del Estero, Argentina, along with his secretary Aurora Bracamonte, when they saw a ball of fire come down from the sky to explode before reaching the ground. The two startled witnesses believed it was perhaps a meteor, and continued their way along the road going through the Guayasan Mountains. As they crept along through the night, still wondering what it was they had seen, their attention was drawn by a darkened object with glowing windows that they described as a “train among the trees.” The windows were all about the height of a standard door, in a row down the main object, which was estimated as being around 50 meters long. It was even eerier as they were in the middle of nowhere, with no houses or train tracks for miles around.

In case one is under the impression that this is all unique to Argentina, this is apparently not the case. In December of 1983 there was a rather odd report from the vicinity of Menock Road, in Glasgow, Scotland. One evening a man was at a bus stop when he looked up to see “a railway carriage-shaped object” flying past around 20 feet above him. The witness claimed that the large windows were brightly illuminated, and that he could see a yellowish mist swirling about within. He also insisted that as he watched the strange object he had felt a strange sensation like time standing still. What are we looking at with cases like these? Are these just a unique type of UFO that happens to resemble a train, or is it all perhaps even stranger than that? There is no way to really know, and these just add to the already considerable number of very odd UFO accounts out there.