Are you ready to ride a woolly mammoth … or at least see one or a herd running free in a park? That day just got one step closer this week with the announcement that well-preserved skeletal remains of a teenage woolly mammoth were discovered in Siberia – and the foot bones still had some ligaments attached. Because the skeleton pieces are in such good shape, there’s hope the rest of it and others may be found in the area, perhaps even a head containing preserved brain matter. Is this the missing link to Mammoth Park? 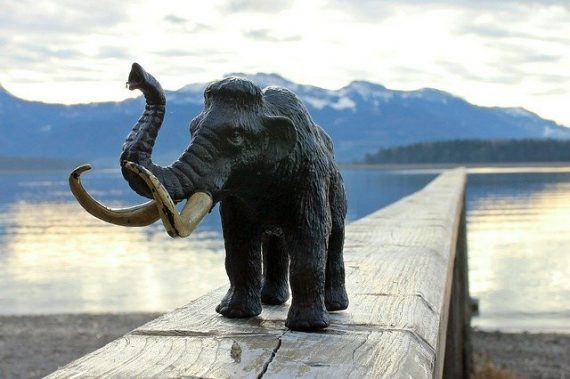 “Fragments of a skeleton with soft tissues of an extinct animal were found on the shore of Lake Pechevalavato in the vicinity of the village of Seyakha, Yamal District, by local residents. The head of the village Stanislav Vanuito immediately informed the scientists about the unique find."

In a press release by the Scientific Center for the Study of the Arctic, director Dmitry Frolov announced the discovery of the remains by people living near Lake Pechevalavato in northern Siberia. (Video of the find here, photos and maps here.) He said he is sending a team of scientists from the center study the remains and mark the spot in the lake bed where they were found to help future searchers. The Yamal District is a hot spot for mammoth remains, which is good news for researchers but bad for the environment – it means the permafrost is melting at a fast pace and exposing the skeletons and artifacts from thousands of years ago (not to mention methane gas), as the Moscow Times reports.

“Temperatures above the Arctic Circle have soared to nearly 40 degrees Celsius this summer as climate scientists warn that melting permafrost could release mass amounts of greenhouse gases into the atmosphere.”

While they hope to get an accurate date on when this particular young mammoth died – possibly proving some survived past the generally accepted date of their extinction 10,000 years ago – the scientists at the center also hope the soft tissue and brain matter can one day facilitate the cloning or resurrection of the creatures. They also want to get the remains out of the ground and into the lab before another bad sign of the times happens, as The Guardian reported in 2019.

“Woolly mammoth ivory preserved in the permafrost in Russia’s Yakutia region make up 80% of Russia’s trade in a largely unregulated market worth as much as £40m each year, according to Russian officials.” 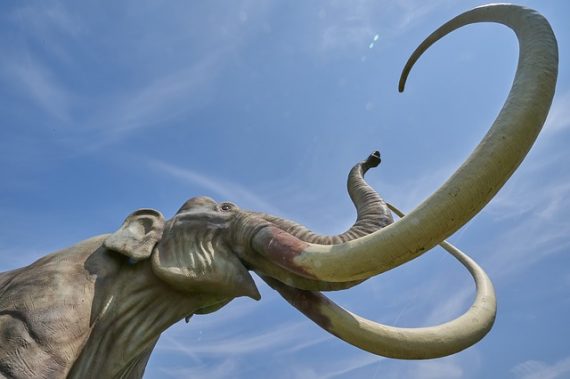 While $52,000 per year may not sound like much, a global warming increase will increase that too. It’s already happening in the Yakutia district in northeast Siberia, where ivory demand by China resulted in over 100 tons of mammoth remains being excavated, stripped of ivory and sold. It’s estimated that the Yakutia has 500,000 tons of mammoth remains still in the ground … for now. The demand for regulation of excavation is high, but money talks in Siberia too.

Let’s hope that demand doesn’t drive the already controversial cloning or resurrection of the mammoth as well.

Is it worth a mammoth ride?