You Can Own Tesla’s Original Patents for Robots, Wireless Electrical Energy and More

Do you fancy yourself to be an amateur Nikola Tesla? Do you believe he could have finished some of his more radical and revolutionary inventions if he had been given more time, resources and encouragement? Do you think you could complete them today? Then get out your checkbook – Christie’s auction house is taking bids on a collection of Tesla’s original patents, including ones for robots, wireless electric energy, an apparatus for producing ozone, and many more. Are you looking to impress your friends, live off  the grid or dominate the world?

“Fifty separate patents, each of 3-7 pages with at least one drawing with schematics. The vast majority has an annotated note in a contemporary hand on the front blank leaf indicating the patent holder (Tesla), the patent number, and often the date the application was filed, date of issuance and date of expiration. Some have underlining in the text.”

Fifty patents is half of Nikola Tesla’s total that were filed with the US Patent Office -- he was issued at least 278 worldwide and some of his inventions were not patented anywhere. Dating from 1886 to 1914, the press release states that Christie’s believes these original documents have never been copied since it has never located any. It’s highly likely that these were sent directly to Tesla’s lawyers and stayed in their possession until his death. That’s probably why they still exists, since Tesla lived in New York hotels in his later years – moving every few years after running up unpaid bills. Two days after his death, the FBI seized his belongings and John G. Trump, a well-known engineer (and uncle of a future president) was brought in to inspect them for dangerous or sensitive information. He reportedly found nothing.

“An extraordinary collection of Tesla’s patents, including those for the invention of radio (disputed by Marconi), the ‘Tesla coil’ and power transmissions systems, remote-controlled devices, AC motors, generators, incandescent and arc-lighting, transformers, and many others.”

Many of these early inventions, like the Tesla coil, would become part of future inventions. Tesla clashed with Marconi over which of them invented radio, and with Edison over the benefits of Tesla’s alternating current versus Edison’s direct current. Ironically, Christie’s is also auctioning seven pages of annotated design drawings for Edison’s lightbulb and related inventions, and an actual Edison lightbulb. Showing this is truly a collection of the writings and playthings of great minds, the collection includes letters and paper by Albert Einstein, papers from Stephen Hawking and Hawking’s personal Simpsons figurine bearing his likeness (see it here).

Will this collection – valued at between $151,200 and $201,600 US – really help someone with the proper training and initiative complete any of Tesla’s unfinished projects? They come from his early years when Tela was focused on the wireless transmission of electrical power – patents 42-47 relate to his wireless lightning system experiments in Colorado Springs. unfortunately, they predate the ‘death ray’ which the FBI and John Trump were interested in.

“One of Tesla’s greatest inventions, the Tesla coil would be used in various forms for future radio and television applications. In several spectacular public lectures in 1893, Tesla showed how the Tesla coil could be used to produce a wireless lighting system, lighting Geissler tubes and even incandescent light bulbs from across a stage with no intervening wires. These demonstrations did not lead to commercial products, but they made Tesla famous.” 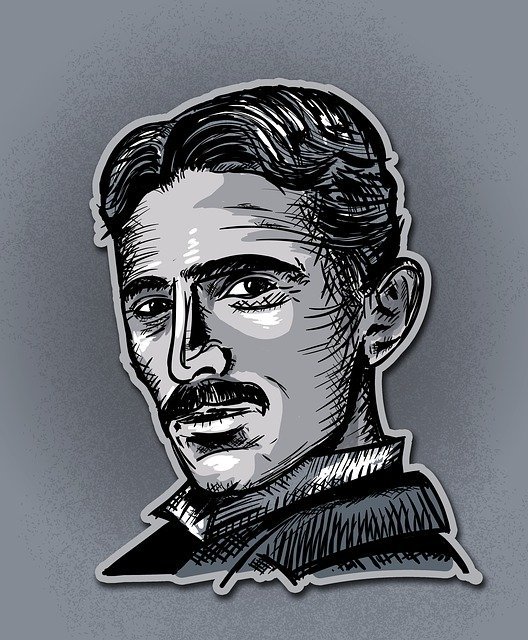 Will owning a collection of Tesla’s patents make you the next Tesla? Hardly. Will they help you complete his death ray or a variation on his ozone producer that could be used to sanitize hospital rooms? Probably not. Will they impress your friends? Definitely. Will they put you on secret surveillance by the government? There’s only one way to find out.

A Catalog of Mysterious and Amazing Lights