A Bizarre Monster Story From World War I

There are all manner of odd tales and accounts that have gone around the Internet, and sometimes it seems that a few are just weird and creepy enough to warrant a look. A very strange tale that has made the rounds online and which is really hard to resist is the story of what is called “Subject C,” and relates to a curious story put up on Reddit. The backdrop here is allegedly World War I, when bloody battles were being fought across the globe and which has its fair share of strange historical oddities and mysteries. One of these was a supposed experiment carried out by a scientist called Dr. Howard Brown, who was engaged in some sort of top-secret military research at along with his crack team of scientists. This seems to have been par for the course at the time, with myriad biological and chemical weapons programs said to have been in the works during the war, but things in this case would get decidedly spookier when one day Brown and his entire team just suddenly vanished without a trace. And here we begin a spooky story supposedly buried away within the history of World War I, which includes strange vanishings, mysterious diaries, and an evil beast run amok.

After some time with no communications from the team, a search and recon operation was apparently launched to go investigate the “Quinine S Testing Lab,” in Ireland, where they had apparently been based since 1915, but this operation was a failure, in that none of the recon team were ever heard from again. A follow-up excursion would find some writings apparently made by Dr. Brown, which gave a harrowing account of some sort of monstrous threat called “Subject C,” a beastly menace which supposedly ruthlessly killed them all. In light of this startling find, and now that a scientific team and the recon mission were both missing, the British Royal Army launched a search and rescue operation that would, according to the tale, also vanish, but this time a record of what supposedly transpired was found in the form of a battered journal that had been kept by one of the team members, and which turned up decades later. The man who had written this all down was a UK scientist called Daniel Granda, and scrawled in the pages of his journal is a bizarre tale indeed. 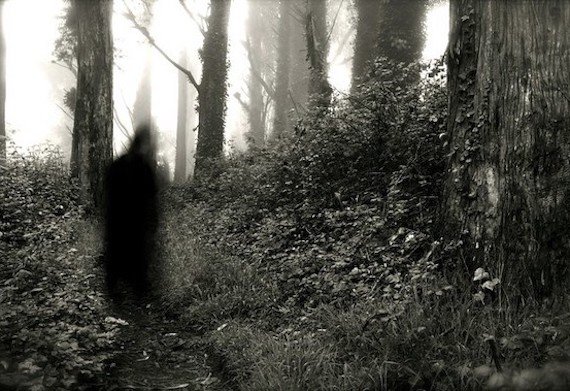 Much of the journal is purportedly no longer completely legible, having been damaged by time and the elements, with only seven entries able to be salvaged for perusal. The first is dated October 12, 1917, and in which Granda describes how the mysterious “monster” had fled into the remote Ibradden Wood Pine Forest in Ireland, and that they were preparing to go hunt it down. He talks about how they are going to break up into two groups, and that his is assigned to scouring the southern end of the forest along with a contingent of soldiers and a “Dr. Yurich Sigalov.” In the next entry, from the following day, Granda writes:

Yesterday's expedition went considerably well, although it has led us to almost nowhere. In our entire six hour search, we did not catch a single glimpse of the beast. However, the day was not a complete loss. One of the trees in the forest had four large scratches on it, each secreting some black matter. Could it be sludge, or even some form of cytoplasma? We didn't dare touch it, but Dr. Sigalov collected a sample in a bottle for future study. We haven't yet heard from Team Alpha. I assume they hadn't found anything either.

The team would allegedly turn up many more of these bizarre scratch marks, and one of the soldiers would go missing inexplicably. As they continued on, Granda claims that they came to a clearing with freshly chopped down trees with more of that strange substance on them, as well as the missing man supposedly mangled and chopped up into pieces and with his skin removed, his canteen filled with more of that mystery fluid. The next day they would have more people go suddenly missing and turn up dead, and Granda writes:

We have lost two more — one soldier, whose name eludes me at the moment, and one of our specialists, Dr. Nathan Radley. His father was one of the soldiers who had supervised the Quinine S Testing Project many years ago. The corpses were discovered in another clearing apparently made by Subject C. The soldier’s body was almost untouched; his throat and wrists were slit by Radley’s own knife. It appears that soon after, Subject C attacked the doctor, whose clothing and skin were removed. Once again, the canteen was filled with the cytoplasmic substance, which I’ve nicknamed “Beast Blood.”

There are only four of us left. The remaining soldiers were taken this time. We found another clearing, and two corpses in the same state as the soldier we found yesterday, apparently dead from deep lacerations from his or the other man’s knife. The third, like Hitchcock, was sliced into five pieces, his clothing and skin removed, and his canteen filled with Beast Blood. My guess was that one of the soldiers was somehow forced to kill another, and the two remaining were made to fight to the death. It’s a wild guess, of course… but Dr. Sigalov thinks I’m spot on. 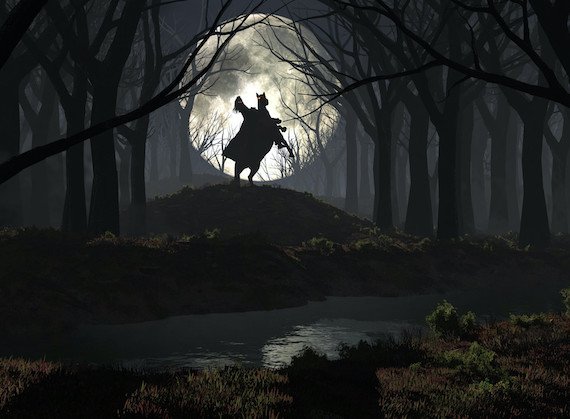 They were apparently being hunted down by whatever this creature was, one by one, and could sometimes hear it stalking through the trees and brush or catch fleeting glimpses of a large, dark shadow, but through all of this it remains frustratingly unclear just what this “monster” looks like or what it is supposed to be. Then the writer, Granda, gives us a glimpse with his final entries, in which he says:

I was right. I was right. I was right. I was taken by Subject C today, along with the rest of Team Beta. Upon waking, I was told by a stony voice, "Kill the doctor. Yurich must die first. He has something of mine." I complied, not wanting any trouble from the thing. Doctor Brown was absolutely right in his proportions; he was three meters tall and had four large claws. The dark aura note wasn't exaggerated either. I stabbed Dr. Sigalov in the temple, I assumed this would mean a quick death. I was correct. I don't think he even woke up. I was ordered to shoot the other two next. Both of them in the stomach first, and then the foot. This woke them both up, but strangely, only after I had fired the final bullet. Subject C then told them to fight to the death, and it forced me to watch. I listened, fearing death as my alternative. The battle was fairly quick. They just pulled out their guns and shot each other. It appears the beast was amused, as he let me go. I will never see them again. My family, my friends. I am stuck here. I traced our steps back to the landing zone. What did I find? Nothing. The planes were gone. Now I'm hearing noises, a familiar stony voice, saying that these are my final moments.

And that’s it, game over. At no point is it ever made clear just what this mysterious “Subject C” was and it is mostly considered to be a creepypasta fiction, but according to some sites the journal was actually real, and not only that was found with a broken camera containing some damaged photographs that were salvageable and “prove” it all. Scanned documents apparently exist of this journal, but what are we to make of this? Considering that this story is just known from this one account and there is nothing to back up claims of these photographs and nothing to prove that “Dr. Howard Brown” was ever even a real person at all, this one can probably be filed under “intriguing and creepy, but probably fake," an urban legend. It's still a very odd story.