“A Huge Snake or Dragon” – Profiling Wisconsin’s Very Own Nessie

Just about everyone knows that the Nessies live in Loch Ness, Scotland. If you're into the field of Cryptozoology, you'll also know that Lake Champlain ("a natural freshwater lake in North America mainly within the borders of the United States but also across the Canada–U.S. border into the Canadian province of Quebec") is home to the monster, or monsters, known as Champ. And the Ogopogos lurks in the waters of Okanagan Lake, Canada. They are, without doubt, the most famous water-based monsters on the planet. But, what about the high-strangeness that has gone down in Wisconsin's Lake Mendota? The stories concerning monsters at Lake Mendota are far less well-known than those of their Canadian and Scottish cousins. That doesn't mean they are any less important. With that said, let's take a look at the data.

Richard Freeman is a former zoo-keeper, an adventurer and an explorer. Rich generously shared with me his findings on what has gone on in Wisconsin. He told me: "In one of my earliest blogs I wrote about cryptid material turning up in museums and the possibility of unlabeled or 'lost' material in collections around the world. In the state of Wisconsin some strange material, possibly related to a lake monster, was uncovered not once but twice. The Winnebago Indians believed in two distinct types of dragon-like monster inhabiting lakes. The Wak Tcexi was a paranormal entity and was evil. The Winnebozho was flesh and blood, and benign. There are a number of 'monster lakes' in the state but this story is linked to two in particular." 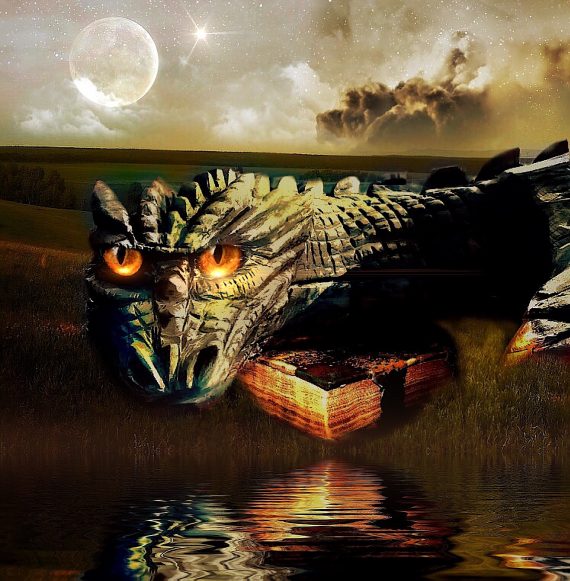 Rich continued to me: "Lake Mendota is close to Wisconsin’s capital, Madison. Sightings of the creatures date back to the 1860s. W.J. Park and his wife were boating on the lake when they came across what looked like a large log. Mr. Park poked the 'log,' which dived, churning up the water. Lake Mendota is linked to Lake Monona via the Yahara River. Monsters are seen here too. In July 1892 Darwin Boehmer and a friend were boating on the lake when they saw the monster swimming off towards Ott's Spring with an undulating motion. It showed 14 feet of its back above the surface. On October 7th of the same year an anonymous man claimed that a 20-foot monster had tried to tip up a boat he had hired from John Scott’s boat livery. He said he would never venture onto the lake again for all the money in the capital. Nor would he return to Madison without a Winchester rifle and two revolvers. Mr. Scott saw the beast for himself. He and his two sons described a hump twice the length of the boats they hired out, and he refused to row two ladies across the lake having seen the beast. He was convinced it was dangerous."

Rich had more to say: "Ten days later, back at Lake Mendota, twelve men spotted a 35 foot serpent whilst in the connecting river. A man claimed that a creature shaped like a ‘living log’ had attempted to overturn his boat. The anonymous man may have used his Winchester rifle and two revolvers on the monster with no effect because that is what occurred in Lake Monona on June 11th 1897. Eugene Heath said the beast he saw looked like an upturned boat and his bullets had no affect whatsoever on it. He hastily retreated from the lake as the thing came for him. A few days earlier he claimed to have seen it eating a swimming dog. Back in Lake Mendota in 1899, a tourist from Illinois was anchored in the lake when he saw the water swell about 100 feet from his boat. A beast 60-70 feet long, with a snake like head rose up. It seemed to be sunning itself. In the summer of 1917 a monster with blazing eyes and a snake-like head was seen off Picnic Point, Lake Mendota, by a fisherman who ran away leaving his rod and basket behind him." 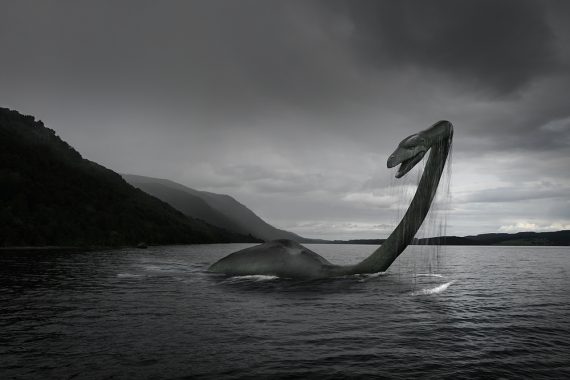 Rich signed off with the following: "The same year a young couple were sunning themselves by the pier at Lake Mendota. As they lay on their backs and hung their feet over the edge the girl felt something tickle the sole of her bare foot and thought it was her boyfriend. However, on turning over she saw what she called 'a huge snake or dragon' in the water. The couple fled to a nearby fraternity house. That year piers were damaged and boats overturned - the monster was blamed. Shortly before that wave of sightings a large, thick scale was washed up on the shore near Picnic Point. It was sent to the University of Wisconsin where it baffled experts. The State Historical Society records that one anonymous professor believed it was from a sea serpent. Part of the lake was dredged back in 1890, near Olbrich Park, and some massive vertebra were uncovered. The scale might have come from a sturgeon and the bones may well have been fossils but one would have thought that a university professor would have recognized these. It might be interesting to inquire if the scale is still in the possession of the University of Wisconsin, and whether the State Historical Society recorded what became of the bones as well as if they were ever examined properly. If there are any readers in Wisconsin that fancy pursuing this it may be a worthwhile endeavor."

World’s Oldest Bed From 200,000 Years Ago Found In African Cave