A Strange and Sinister Story From London’s Underground

Today's article is focused on the incredible account of a woman named Maureen Abbott. Her story is one that dates back to the 1950s. Although her strange encounter was over in a flash, Maureen saw enough to realize that something wild and potentially dangerous roamed the U.K.; something that – in her case – lurked far below the surface of the city of London. When I first met Maureen and we chatted about her experience (in 1995), she was adamant that what she had seen was "a black panther." In the U.K., such out of place animals are known as "Alien Big Cats." It should be noted that, in reality, so-called “black panthers” are actually melanistic large cats such as cougars and leopards, whose bodies contain an over-abundance of dark pigmentation. Maureen told me that the strange – even sinister - affair all went down on a cold, winter evening in the mid-1950s: “I think it was 1954, but it could have been 1955; one of them, anyway” explained Maureen. Most amazing of all was the location: none other than the Bakerloo Line of the London Underground rail-system.

Tube History provides background on the line: "The Bakerloo opened in 1906 as the Baker Street and Waterloo Railway. However, the route has its origins in a series of proposed railways dating back to 1891. The railway became a subsidiary to the Underground Electric Railway Companies of London (UECL) in 1902 and was quickly developed from there, the original railway ran between Baker Street and Waterloo, with extensions to Elephant and Castle and an extension with the North West London Railway (NWLR) to Watford Junction. The railway obtained a branch from the Metropolitan Railway in the 1930s, which now operates as the Jubilee line from 1979. The Bakerloo line remains a vital part of the London Underground network, spanning 23.2km (14.5 miles) and with 25 stations along its route." 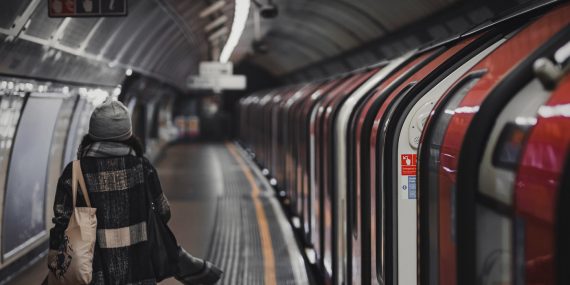 Maureen said she was heading home after visiting her mother, while her sister looked after her baby for the day. As for the ABC, it was racing along a stretch of the old tunnel at a very fast speed. Not only that: as the creature passed by, on the tracks, its eyes very briefly locked with Maureen’s. She said something very strange, but also eye-opening and illuminating, when she addressed this part of the story. "I thought its eyes were human, not a cat. They looked like that. I know cats are clever, but there seemed more." The weirdness continued. When the cat was gone, Maureen suddenly realized she was the only person on the particular stretch of the line where she encountered the huge cat. And, everything was eerily silent. Too silent, in fact. "Like deafness" were the words Maureen used. She expanded by saying there was a hard to define dream-like quality to the incident, too.

This all sounds very much like a phenomenon that the UFO investigator Jenny Randles coined “The Oz Factor." HowStuffWorks says of this curious situation:  “In [her book] UFO Reality…British ufologist Jenny Randles noted that some UFO witnesses experience a ‘sensation of being isolated, or transported from the real world into a different environmental framework…I call this the ‘Oz Factor,’ after the fairytale land of Oz.’” Just like everyone who experiences the Oz Factor, Maureen has never forgotten that brief, curious encounter below London. The tale, however, is not quite over. Indeed, I’ve left the most significant portion of it to the very last. 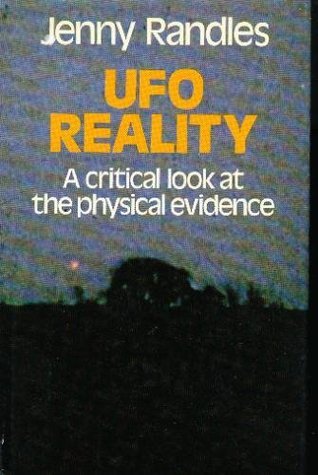 A couple of days later, there was a knock on the front-door of Maureen’s home. At the time – "in the morning" - her husband, Ron, was at work and she was looking after their baby. Maureen opened the door and was confronted by a woman dressed in black. Notably, Maureen said that the woman "didn’t look very well." I asked Maureen to explain what she meant by that and she replied: "Very thin and white." The woman announced herself as a government official and said she wanted to speak with Maureen about her encounter. Maureen was so shocked by the woman’s words she failed to ask the WIB how she even knew of her sighting of the Alien Big Cat. Having invited the woman in, Maureen made them cups of tea, and they sat in the living-room as the WIB asked a couple of questions about the encounter. In fact, the questions were exactly two: one was to ascertain who Maureen had told of her encounter. As it transpired, Maureen had only told Ron of the experience, which appeared to please the woman: she just about managed a slight smile. The woman also asked if there had been any unusual odors in the family home in the aftermath of the event. There hadn’t.

With that, the woman stood up, thanked Maureen for her help, and opened the door and vanished into the street. There was nothing hostile or intimidating about it all: it was just very strange. One final thing - and for reasons that Maureen couldn’t really understand - after the woman left Maureen had a sudden, overwhelming need to clean the house. "Something wasn’t right," were the only words Maureen would say. I tried to get Maureen to expand on those three, enigmatic words, but she would not go any further. It was the only part of the interview that became awkward. It led me to suspect there was something else that, even after all those years, Maureen was reluctant to disclose.