A Vicious Murder and a Haunted Doll

There are myriad tales of haunted dolls in the world. Such stories draw our attention because the culprits are so unsettling to begin with. Their little plastic bodies and dead, beady eyes staring out at the world never cease to instill wonder in some, and fear in others. Tales of haunted dolls really run the range, and some of them seem to have the habit of ending up as violent little stories that seem plucked straight out of a horror movie. One of these scary stories of haunted dolls run amok is certainly one that had made the rounds, and which suggests a cursed, demonic doll behind a vicious killing.

In 2011, 45-year-old Byron Robertson, of El Paso, Texas, flew into a rage to viciously murder his five-year old daughter Nancy. The perpetrator was put through various psychological tests and it was determined that he was suffering from paranoid schizophrenia, yet this did little to help him in his plight. He was convicted of the murder and sentenced to death, sent to wallow and languish on Death Row, and it was here where a very strange interview would be allegedly carried out, pointing to some sort of supernatural sinister force behind it all. It would come to pass that a psychiatrist by the name of Dr. Jack Randolph would find himself sitting across from Robertson, with the intent of finding out whether the ruthless criminal was eligible for an insanity plea. Under interrogation, the jailed suspected murderer would supposedly open up a bit and launch into a rather bizarre take on the series of events leading up to the tragic death of his daughter, which have been picked apart and discussed ever since. 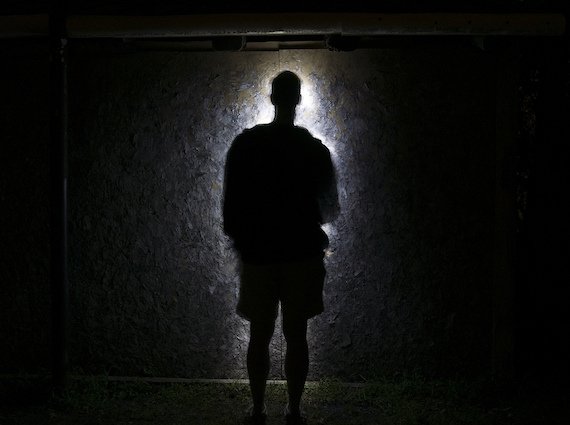 Robertson began with telling of the time he went out to shop for a present for Nancy’s 5th birthday. At the time he and his wife had fallen on hard times, but had managed to borrow some money in order to get her a present and throw a modest birthday party for her. They found their gift at a surplus store in Pecos, Texas, in the form of a large, plastic doll that was a little eerie, but cute enough that they deemed it to be a good present. They were right in the sense that Nancy apparently loved it, with her and the toy soon becoming inseparable. The girl would sleep with it every night, bring it to school to show to her friends, and even set out a place at the dinner table for the doll. Indeed, the birthday had gone off splendidly, and Robertson would describe it as one of the happiest days of his life. Yet dark clouds were apparently on the horizon.

As time passed, Nancy’s love for that creepy doll seems to have grown into a full-blown obsession. She began to devote all of her time to the doll, primping and preening it while ignoring her friends and classmates, and she would spend hours in her room enthusiastically talking to it. It got so bad that the girl’s teacher even mentioned it to the parents and said that it was an unhealthy attachment. Robertson would say of this:

At our house, her life practically revolved around that doll. Then she started doing weird things with it. She started dressing the doll with her own clothes and she dyed its black hair blonde like hers. She even brings it with her as she takes a bath, and uses her own shampoo and cologne on it. But the worst part, was that every day and every night she just talks with that doll. Not just pretending to talk to it, she was having long conversations with it like that the damn thing is actually responding to her. 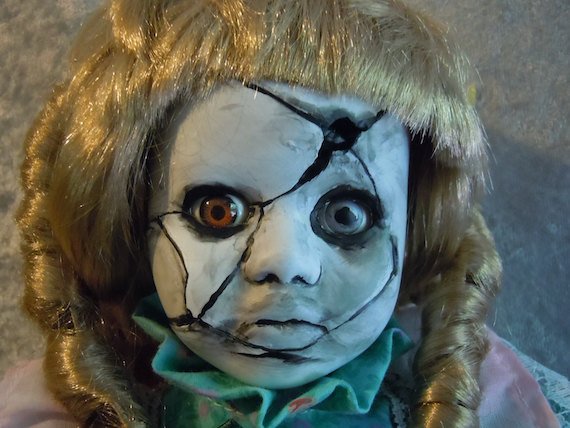 The two parents allegedly got to the point where they’d had enough, and decided to take the doll away. They whisked it off and locked it up in their closet where she would have no access to it, but this sent the child into a rage. She screamed, cursed, shouted, and broke things around the house as she demanded to know where her beloved doll was and insisted that they give it back. This escalated very quickly, it was all very out of character for the normally very calm and well-behaved child, and he would supposedly explain of what happened next:

At first me and my wife were firm on our decision to lock that toy away for Nancy's sake. However, our little Nancy, our dear little angel, started to curse on us. I don’t want to further remember what she said, but our daughter said the most horrible stuffs about us. We couldn’t take it anymore and we dragged Nancy back to her bedroom. As we entered her room, we were all surprised to see the doll laying on Nancy’s bed. My wife and I were terrified of what we saw cause we were dead sure that we locked that shit in our closet. Nancy on the other hand, was happy that she was with her doll again. She ran up to it, caressed it and asked if it was all right. Then Nancy laid beside it on her bed and told it that she would never let it out of her sight again. And my wife and I just stood there, scared shitless of what just happened. It wasn’t the last time that we tried to get rid of it though. We knew that there’s something about that doll… something evil that’s been pulling our Nancy away from us. It had already affected her life at school and at home and we needed to do something about it. It had already caused us a lot of problems and dilemmas and we just can’t stand by and do nothing. My wife and I knew that we have get rid of that doll permanently.

Indeed, according to Robertson, they tried many times to lock the doll up and keep it away from their steadily more unhinged daughter, but every time they did so it would miraculously appear in her bed again, no matter what lengths they went through to make sure it stayed locked up. Because of this, they came to the conclusion that the only thing left to do was to destroy the accursed thing. To this end, Robertson not only took the doll away again, but this time broke its legs and pulled its head off before throwing it in the trash. He would say:

We managed to remove that doll away from Nancy again one night as she slept. We waited until near dawn before we went outside. Throwing it in the trash and watching the truck take it away was the best bet we had of finally getting rid of it. To make sure though, I ferociously ripped its dress and broke its little plastic arms and legs. For a safe measure, I also pulled its head away and it went down the trash together with all the other parts. Then we watched the garbage truck take it away, thinking that we would never see it again. 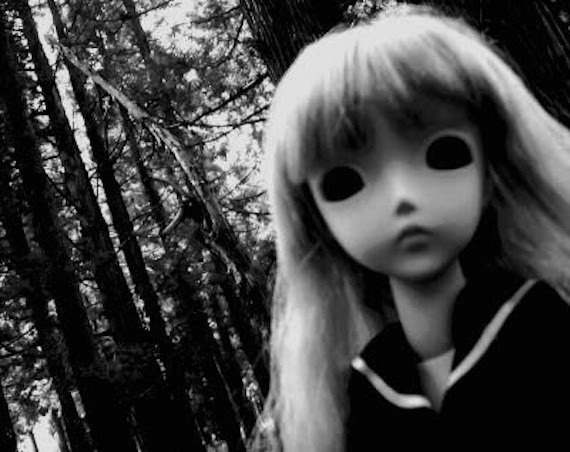 The following morning, there was a visitor at the door of their home, and it proved to be a contingent of police officers in an obviously tense and upset state. These somber policemen then informed them that their daughter Nancy had been found in the garbage in a mangled, dismembered state, and Robertson would excitedly say:

In the late morning we were just shocked to see policemen knocking at our door. They brought us grave news… news that still gives me mental breakdowns every night. They told us that the mutilated head, torso and limbs of our daughter were found in a garbage truck, and the police said that her ripped clothes were evidences that she was also probably raped. But it couldn’t have been our dear Nancy. She was sleeping in her bedroom during that time. The police must have made a mistake. However, when we went to check Nancy’s room, our dear angel was nowhere to be found, but her doll... laying on the bed where Nancy was supposed to be. We were more than horrified of what we saw. It just didn’t make any sense. My wife and I know what we did. It was the doll that we threw away in the trash. But how come that thing was in there and Nancy wasn’t?

Robertson was arrested for the rape and murder of his own daughter, something he vehemently denied through the whole ordeal, yet no one believed him. He wanted to tell the whole world that the accursed doll had done something to them and deceived them, but he knew that he would sound like a raging lunatic if he did. In the meantime, his wife became so despondent over the whole thing that she would hang herself as she was being held for questioning. None of this demonic doll talk would go over well with jurors, and he would eventually be sentenced to death, but not without making a final statement about the whole bizarre ordeal, saying:

I should have known better. I shouldn’t have bought my own daughter a doll. I shouldn’t have bought my dear Nancy that demonic doll. And now I hear from all of you, the jury, the media and the police, blaming me for killing my own daughter. All of you thinking of me as a crazy psychopath, but all I can say is that I would never in my own life try to kill my own family. You can put me in the electric chair, inject me or hang me for all I care. Hell you can do whatever you want, burn me in the stakes if you want to. Murder me and make me the third victim of that doll. But please hear me out. Please destroy that thing. You can get rid of me but please for the love of God get rid of it too.

Is there anything to this? The one thing that raises red flags is that this is mostly a story born from the Internet, with little in the way of corroboration and very likely just another of the many creepypasta floating around out there. Yet what if there is some truth to it? If that is the case then what is the meaning behind this doll, where did it come from, and what did it want? There is no way we will ever likely know for sure, and it remains a curious, creepy little tale to tease and evade our attempts at real answers.