An Ancient, Legendary Monster That Wasn’t What It Seemed To Be

The Theoi Project states the following concerning one of the most famous, legendary monsters of ancient lore: "HYDRA LERNAIA (Lernaean Hydra) was a gigantic, nine-headed water-serpent, which haunted the swamps of Lerna. Herakles (Heracles) was sent to destroy her as one of his twelve labours, but for each of her heads that he decapitated, two more sprang forth. So with the help of Iolaos (Iolaus), he applied burning brands to the severed stumps, cauterizing the wounds and preventing the regeneration. In the battle he also crushed a giant crab beneath his heel which had come to assist the Hydra. The Hydra and the Crab were afterwards placed amongst the stars by Hera as the Constellations Hydra and Cancer." 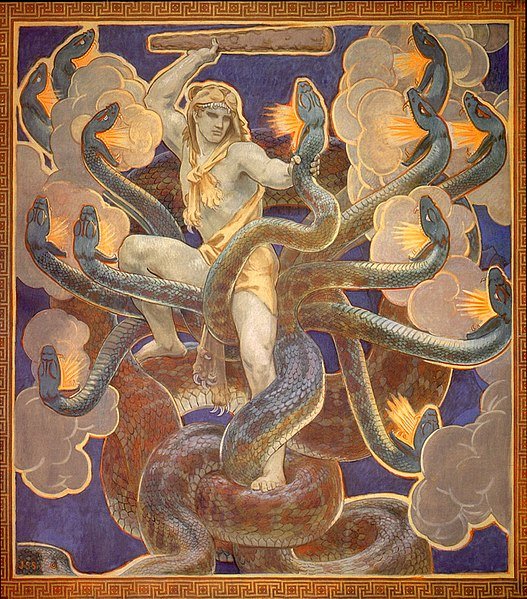 Many may well find the saga of the Hydra to be fanciful in the extreme, perhaps even wholly unlikely. No-one could blame them for that. There is, though, a notable body of information that suggests the tales of the Hydra were based upon encounters with an all too real beast of the deep – or more than one of them. The almost certain answer to the Hydra controversy comes from Henry Lee, who, in the 1800s, spent a great deal of time immersed in the world of the sea serpent. Lee said, in his 1883 book Sea Monsters Unmasked (which is now in the public domain):

"There can be little doubt that the octopus was the model from which the old poets and artists formed their ideas, and drew their pictures of the Lernean Hydra, whose heads grew again when cut off by Hercules; and also of the monster Scylla, who, with six heads and six long writhing necks, snatched men off the decks of passing ships and devoured them in the recesses of her gloomy cavern. Of the Hydra Diodorus relates that it had a hundred heads; Simonides says fifty; but the generally received opinion was that of Apollodorus, Hyginus, and others, that it had only nine." Lee continued:

"Apollodorus of Athens, son of Asclepiades, who wrote in stiff, quaint Greek about 120 B.C., gives in his 'Bibliotheca' the following account of the many-headed monster. 'This Hydra,' he says, 'nourished in the marshes of Lerne, went forth into the open country and destroyed the herds of the land. It had a huge body and nine heads, eight mortal, but the ninth immortal. Having mounted his chariot, which was driven by Iolaus, Hercules got to Lerne and stopped his horses. Finding the Hydra on a certain raised ground near the source of the Amymon, where its lair was, he made it come out by pelting it with burning missiles. He seized and stopped it, but having twisted itself round one of his feet, it struggled with him. He broke its head with his club: but that was useless; for when one head was broken two sprang up, and a huge crab helped the Hydra by biting the foot of Hercules. This he killed, and called Iolaus, who, setting on fire part of the adjoining forest, burned with torches the germs of the growing heads, and stopped their development. Having thus out-maneuvered the growing heads, he cut off the immortal head, buried it, and put a heavy stone upon it, beside the road going from Lerne to Eleonta, and having opened the Hydra, dipped his arrows in its gall.'" 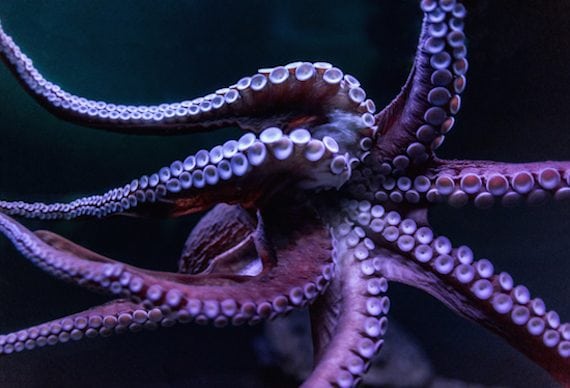 Lee had more to say, which gets us to the heart of the riddle: "If we wish to find in nature the counterpart of this Hydra, we must seek, firstly, for an animal with eight out-growths from its trunk, which it can develop afresh, or replace by new ones, in case of any or all of them being amputated or injured. We must also show that this animal, so strange in form and possessing such remarkable attributes, was well known in the locality where the legend was believed. We have it in the octopus, which abounded in the Mediterranean and Ægean seas, and whose eight prehensile arms, or tentacles, spring from its central body, the immortal head, and which, if lost or mutilated by misadventure, are capable of reproduction."

In a strange situation, then, the Hydra really did live. It just wasn’t what the people of times long gone thought it was.

Prehistoric “Terror Crocodiles” Had Teeth The Size Of Bananas