Biblical archeology – the recovery and scientific investigation of artifacts dating to or referenced in the Old Testament (Hebrew Bible), New Testament or other writings of early Judaism and Christianity – must by definition deal with the clash of facts and beliefs. That shouldn’t stop it, which is why it’s good to see many scientific media sources covering the announcement by Hebrew University archeology professor Yosef Garfinkel that he has identified three small male figurines associated with horse statues dating to the 10th and 9th centuries BCE as the first known depictions of the biblical Israelite God, Yahweh.

“The concept of a male god represented as a rider first appeared in Late Bronze Age Ugarit, an ancient port city on the Mediterranean Sea in northern Syria. The Canaanite god Baal is described as rkb ‘rpt, “rider of the clouds,” 16 times in various Ugaritic texts.

Anticipating skepticism, Garfinkel explains in a press release on the Biblical Archeology Society website announcing his detailed study in the Biblical Archeology Review how these huge out-of-proportion heads, found at two different sites near Jerusalem, differ from the more commonly depicted Canaanite god Baal (not on a horse) and notes that, although the Old Testament and the Ten Commandments ban idols, that didn’t stop people from making them anyway, and these may predate such bans. These faces (see the photos here) are described as large males with beards having square flat-topped heads, protruding noses, earring holes and bulging eyes – not exactly the white-haired, flowing bearded God on the ceiling of the Sistine Chapel.

“The heads of the figurines from Moẓa and Khirbet Qeiyafa are outstanding in their large size in relation to almost all known anthropomorphic figurines uncovered—from the prehistoric era to the Iron Age. The facial elements (eyes, ears, nose, mouth, and beard) are emphasized and well modeled.”

Garfinkel says the bulging eyes were added later, earrings were obviously hung from the ears and some holes in the heads may have been for other adornments. He speculates that these heads belonged to common people or peasants rather than royals or the rich, which explains their plainness despite depicting a god.

“Although we cannot rule out the possibility that the human heads from Motza and Qeiyafa depicted gods, they have no markings, symbols or attributes (such as horns, crescents, bulls), found on figures and visual representations throughout the ancient Near East, that would identify them as divine figures. Furthermore, when gods were depicted on animals, they did not sit on them (they do not need the transport) – they stood on them!”

In the Times of Israel, Tel Motza (where the heads were found) excavation co-directors Shua Kisilevitz (Israel Antiquities Authority and Tel Aviv University) and Oded Lipschits (Tel Aviv University) strongly disagree with Garfinkel’s proposal, starting with the fact that they predate any other know depictions of Yahweh – which is why Garfinkel says they’re the earliest. 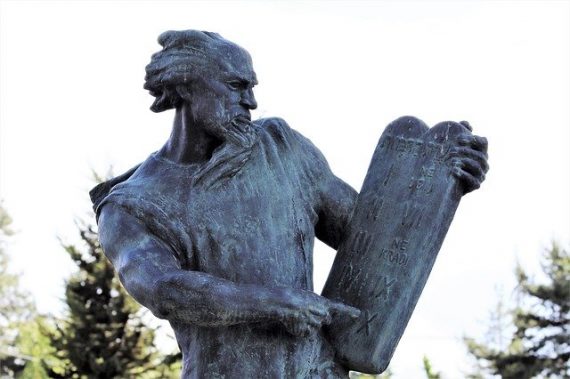 “There was a ban on the cult images of Yahweh. It was introduced during the eighth century B.C.E., and it reflects a local development. This is because these figurines, resembling the literature of ancient Canaan and Israel, have been discovered in contexts dating to the tenth and ninth centuries B.C.E., but not in the eighth century and afterward.”

Obviously, these heads are subject to interpretation and Garfinkel would be wise to find more supporting archeological materials to go with his biblical links. Still, the hunt for artifacts from what is indisputably a turning point in human history should go on, whether they contradict or conflict with religious beliefs or not.

Idaho Near the Top in Both Bigfoot and UFO Sightings