Are Ghosts To Blame? One Of Chester’s Most Haunted Shops Has Closed

One of the most haunted shops in Chester, England, has closed its doors for good. Sofa Workshop on Watergate Street dates back to the 14th century and has been called the best preserved medieval town house in all of Chester. A man named John Leche occupied the home many years ago and his family’s coat of arms remained above the fireplace long after he left.

While the reasoning behind its closure is currently unknown, the fact that it’s rumored to be haunted would certainly cause some people to wonder if that has something to do with it. The building is so haunted that it even made the news regarding the ghostly activity. Those who worked at the shop claimed to have seen a shadow figure moving around as well as having an eerie feeling as if someone or something was watching them.

According to a 2017 article in Cheshire Live, workers at the Sofa Workshop were “absolutely convinced” that the building was haunted by a young boy who was believed to have passed away at the location centuries ago. Even though sharing a space with a spirit can be terrifying, the ghost who allegedly haunts the shop isn’t out to do any harm. “We all get the impression that it’s a happy spirit, but it’s still very spooky,” stated Lizzy Weston who worked at the shop for over 20 years.

It is believed that the young boy passed away when the building was used as a public house named The Hand and Snake back in the 18th century. During that time, one of the rooms was used as a powder room where several young boys sat behind a tiny hole in the wall where they would powder the wigs of the visiting gentry. While they were powdering, they used arsenic which killed any bugs that would have gathered in the wig. Unfortunately for the boys, the arsenic was extremely poisonous and they would have automatically inhaled the substance, potentially causing some of them to die. 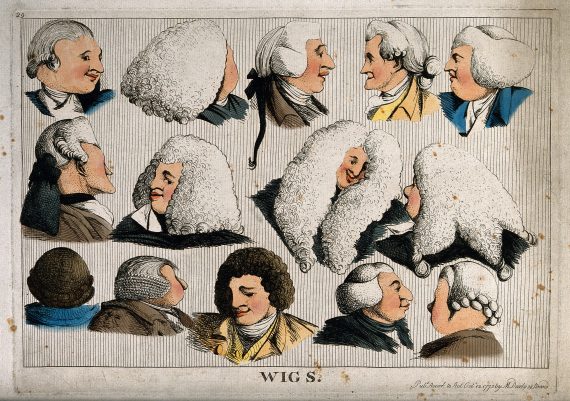 “I do think it could be the spirit of a small boy from the 18th century who may have died when this building was a pub,” Weston explained, adding, “This was a period when gentry wore wigs, white powder and beauty spots on their faces and it was easier to have these wigs powdered than washed, but the stories I’ve heard about the building suggest it may have caused the death of a few young boys.” She went on to note, “One of the former residents that lived above our shop also told me that she used to hear the sound of a small boy from time to time playing with what sounded like wooden toys. She’d been out to check what the sounds were but never found anything to explain them.”

While it certainly seems as though the building was haunted by a young boy, it remains a mystery as to whether or not the paranormal activity had anything to do with the shop closing down. So what’s next for the building – will the current owners sell it and will a new business open up there? Will the young boy’s ghost remain there to spook the new owners? We’ll just have to wait and see...