Bizarre Patterns and the Mysteriously Vanished

Mysterious disappearances have been going on since time unremembered. Sometimes people just sort of step off the face of the earth, never to return, and the circumstances can often be very weird, indeed. One very prominent name that frequently comes up with any strange vanishing in the wilderness is that of David Paulides, a former police detective who has devoted much of his life to investigating mysterious disappearances, most notably those that have occurred in National Parks, and has written of them in his Missing 411 series of books. He was first drawn to the subject when he was approached by a national park ranger who believed that something odd was permeating many of the reports of missing people in the wilderness, and when he looked into the matter further and dug deeper, Paulides began to uncover details and statistics that he believes defy conventional, rational explanations. Through his research he has compiled a good amount of data on mysterious vanishings all around the world, and has noticed some very unusual, inexplicable common threads and correlations that seem to stretch out throughout a great deal of cases. Many of the common themes claimed to run throughout these vanishings are utterly bizarre and baffling, and here we will look at some of the weirdest of these.

One of the most commonly seen details in many of the so-called "Missing 411" cases is the frequent inability for search and rescue dogs to pick up a scent trail. Dogs are described as either not picking anything up at all, or following a trail to a certain spot, where it just mysteriously stops, and sometimes dogs are said to reach a point in the trail in which they display panic, confusion, or other odd behaviors. The scent trails will also sometimes lead to sheer cliffs or otherwise impenetrable terrain, and in every case the trail is unable to be found again. Also odd is that when bodies or remains of the missing are actually recovered, it often happens in areas that have been swept by cadaver dogs who picked up nothing at the time. The dog issue can be found in countless cases of people gone missing in the wilderness, and although it is true that there are perhaps rational explanations for this, the sheer frequency with which trained dogs fail to do what they are supposed to do in these cases is rather odd. 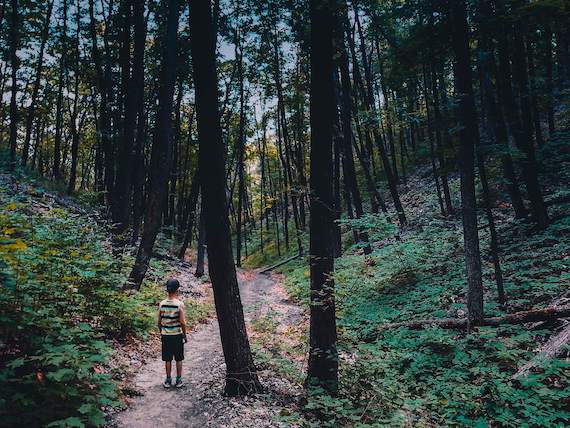 Also very prevalent among Missing 411 cases is the presence of clothing that has been removed, usually despite frigid conditions in which it would not make any sense to do so. Most commonly found removed are shoes, socks, and pants, but it can be any article of clothing. These clothes are frequently found neatly folded and placed upon the ground or some perch where they can easily be found by searchers, and the mystery here is why someone would stop to take these clothes off in spite of often unfavorable temperatures. Actually, why would they take them off out in the woods in any case? It is a weird detail that pops up in a surprising number of these disappearances, and always tends to generate wonder and bafflement. It is possible that this may not be as mysterious as it first seems, as people have been known to paradoxically feel too hot and remove clothing when experiencing hypothermia, yet that the instances of this are so common in these cases and the fact that these clothes are so often neatly folded and carefully placed seems a bit strange. What is the meaning of these removed clothes? Who knows?

Getting into stranger territory are common clues that seem to defy any real categorization. For instance, statistically, many of the Missing 411 vanishings happen near berries. The victim was either out picking berries or ventured into an area where there were berries, and it is something I have written of at length here before. Of course since this is the wilderness and there are indeed wild berries out there, it seems as if this might likely be merely a coincidence, but Paulides thinks it is prevalent and stubborn enough to cement itself as an important recurring theme. The same goes for water sources. The vanishings tend to happen near a source of water, be that a river, lake, or swamp, although whether this is just a coincidence is unknown. Another type of location that seems to draw in an inordinate number of cases are places where there are large boulders, especially granite, although again what the reason for this connection is or explanation it might have is anyone’s guess.

Even the clothing a person wears and the circumstances of the vanishing seemingly have apart to play, at least according to Paulides. The victim usually is with a group of people when they vanish, and the disappearance happens quite suddenly, without any one hearing or seeing anything suspicious. The victim is also more often than not wearing bright clothing, which is actually spookily prevalent throughout many strange vanishings and which I have also written on. Of course, in the wilderness people are more inclined to wear bright clothing in order to stick out and not get lost, think orange hunting vests, but it is still eerie nevertheless. 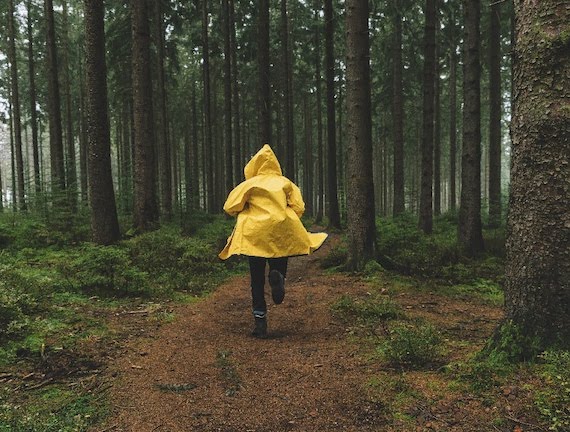 Even when the remains of the vanished are found there are often weird details. Common among these are the remains being found in inaccessible places or far from where one would have expected the victim to have travelled on their own or otherwise in a place in relation to where they were last seen that “defies common sense.” Often no cause of death can be determined from the body or remains, and there will often be less scavenger damage than expected and large portions of skeletons missing. It is of course very possible that the missing parts have been carried off by wild animals that have dragged away or even discarded them at those “inaccessible locations,” but it is still enough to rouse curiosity.

On the occasions in which the missing person is recovered alive we also have some strange details that are found. According to Paulides, the person is often found at a location that seems to be improbable considering the time frame and distances involved, and making even weirder is that the person, often a small child, usually does not remember exactly how they got there or will have a sense of missing time. Indeed, they are often confused or dazed, and younger victims are often totally unable to articulate what has happened to them in any sense. In some cases, in which the person has been gone for an extended amount of time, they are found looking well fed and in far better condition than would be expected considering their ordeal, and again the victims themselves are unable or unwilling to explain why this should be. Is all of this just the confusion of being scared and lost or is it something else? 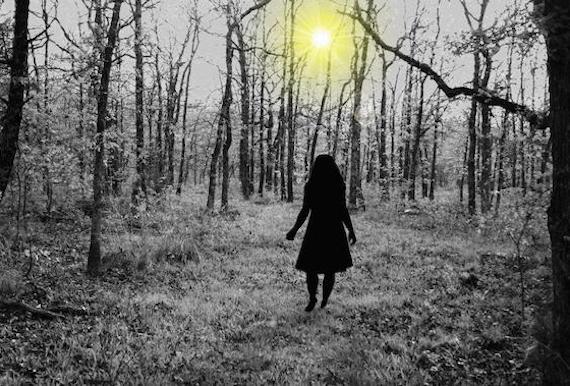 Enigmatic and perplexing clues and details like these across the board have served to generate a good amount of discussion on these “Missing 411” style cases, and there have been all sorts of ideas thrown around, with many of them leaning towards the decidedly paranormal. Everything from Bigfoot, to portals or black holes, to faeries, interdimensional phenomena, and everything in between has been proposed for holding the answers to these cases. To Paulides’ credit, and the frustration of many, he never actually gives a theory on what he thinks it all means and is very vague about it all, rather simply collecting the data, presenting the weird details, and asking that people think outside of the box and go beyond their own comfort zone when looking for answers. This has been seen by some skeptics as a way to fan the flames of rampant speculation, and skeptic Kyle Polich has written of this:

Interestingly, Paulides has consistently avoided providing any explanation for the cause of these supposedly mysterious disappearances. He’s joined the ranks of those who are “just asking questions.” One might assume Paulides, founder of the “North American Bigfoot Search” and author of the book Tribal Bigfoot, would arrive at a cryptozoological explanation. While this hasn’t happened yet, it may, as Missing411 appears to be an evolving mythology. When pressed for a causal explanation, Paulides has remained evasive. He sees his role as an investigator pointing to a problem, not a cause. Alien abduction, ghost involvement, faerie kidnappers, and transdimensional chupacabra can all be swapped in and out as possible explanations for this apparent mystery. The topic seems to be constructed with intentional ambiguity, promoting any nonscientific idea to fill in as a possible explanation.

There are plenty of critics who think the whole thing has gone too far and that these strange clues and the “mythology” they have spawned have been over exaggerated. There are those who think that these theories and assignments of import to these strange clues only muddy the waters and invite fringe theories. Skeptics point out that there is typically nothing in such case that can’t be explained through other avenues, and that, while odd, these cases are not necessarily outside of the norm. Polich further criticizes this trend and the connections Paulides makes by saying:

With such imprecise criteria, it seems Paulides considers himself the only person fully qualified to identify a missing persons case as belonging to the Missing411 or not. On the whole, I find no outstanding cases in my research of Missing411. There’s a surprising absence of anything spooky. No one is found a decade later without having aged a day; a Missing411 victim hasn’t appeared enigmatically on the opposite side of the world; no cryptic notes or cyphers appear in the books’ pages. The cases are disappointingly typical of what one would expect from a missing persons case. The proposed unusualness of these cases seems hardly greater than one would find for a rare and unplanned occurrence such as a disappearance. But could there be a mystery in the aggregate of these cases? Perhaps in total they paint a grim picture. Unfortunately, Paulides does not explore this idea. The argument (such as it is) seems more of the form of “look at all these cases; even if one or two are explainable, they can’t all be explainable.” No matter how many half-truths one collects, they never sum to a whole truth.

No matter what one thinks of the work of Paulides, one thing that many agree on is that he has dug up some cases that would have otherwise never seen the light of day, and he has gathered an impressive amount of data. It is the interpretation of this data that seems to draw the most discussion, debate, and indeed criticism. Yet these details still remain. The clothing, the strange locations, the dogs, the berries, the state of the bodies, all of it really does lurk in the background of many of these strange cases. What does it all mean, if anything? Is there some pattern emerging here pointing to something beyond the norm or is this just coincidence and misrepresentation? Whatever one may think, these cases largely remain unsolved, and those potential clues still flit about, inviting speculation and analysis.

Astronauts May Wear Anti-Radiation Sunblock They Make Themselves in Space