Some things about planets are constants. Most of them form around stars and stay in their orbit. Some get cut loose for a variety of reasons and become rogues. A few get too close to black holes and get sucked into the abyss. Then there’s blanets. What are blanets? Get ready to meet the bravest planets in the universe.

“In Wada, Tsukamoto, and Kokubo (2019), we proposed for the first time that a new class of planets, blanets (i.e., black hole planets), can be formed around supermassive black holes (SMBHs) in the galactic center. Here, we investigate the dust coagulation  processes and physical conditions of the blanet formation outside the snowline in more  detail, especially considering the effect of the radial advection of the dust aggregates.”

Keiichi Wada, Yusuke Tsukamoto and Eiichiro Kokubo are Japanese space researchers and university professors who have updated their 2019 paper on stuff that is seen around supermassive black holes with a new study submitted to The Astrophysical Journal detailing what they’re calling a new class of exoplanets – the blanet. In particular, they have been studying the supermassive black holes found at the center of most galaxies which are usually very active, with a disc of accretion dust and gas circling around it and avoiding consumption in a game of supermassive cat and mouse. While they originally thought planets in these accretion discs had been rogue exoplanets or planets orbiting stars captured by the black hole, this new study proposes that they actually form in the disc in somewhat the same way planets form around young stars.

“Our results suggest that blanets could be formed around relatively low-luminosity active galactic nuclei during their lifetime (100 million years). The gaseous envelope of a blanet should be negligibly small compared with the blanet mass. Therefore, the system of blanets are extraordinarily different from the standard Earth-type planets in the exoplanet systems.”

By “extraordinarily different," the team means they grow much faster into much, much more massive than star-based planets. While the growth of planets in star-orbiting accretion discs are slowed by collisions, the black hole accretion discs have a lower viscosity – i.e., less traffic – that reduces the risk of collision. Because the viscosity is even lower at the outer edges of the disc, planets out there can grow quickly to masses that are 20 to 3,000 Earth masses, reaching what is considered the upper limit of planet size but not quite large enough to become a small star instead. 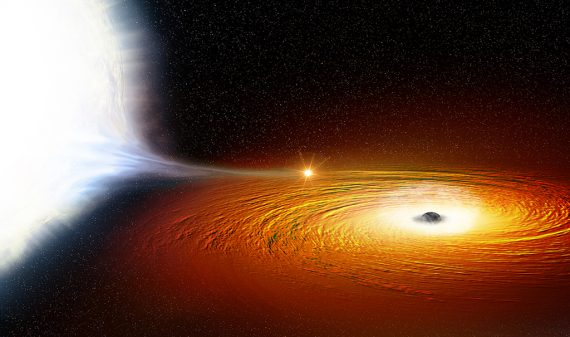 “The dynamical stability of such a system around a SMBH (supermassive black hole) may be an interesting subject for future studies.”

As you may have expected, these blanets can’t be seen – the study was done using models of supermassive black hole behavior. The team thinks all of this is “interesting” enough for future studies, provided they can find the grant money.

Could life exist on one of these blanets? A better question is: Why would life want to live so close to a supermassive black hole?

A Bizarre Monster Story From World War I 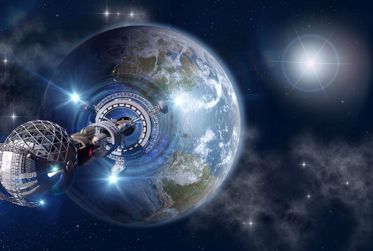