There are many ‘ghost on a security camera’ videos and most eventually turn out to be hoaxes. The same may be proven of this one as well, but the story of a New Mexico mother of a slain girl whose ghost seems to appear on a cemetery security cam deserves a bit of coverage, especially considering that only Hispanic media sites seem to be covering it and the accused murderer is still out on bond nearly two years later. Sad? Yes. A sign? Maybe. Of what? Let’s see if we can figure it out.

“My daughter is buried at the Masonic Cemetery and us along with other families have had the problem with people stealing our loved ones decorations or toys. Another family put a camera facing their loved ones grave and caught the most breathtaking photos of a little girl on their loved ones grave in the Middle of the night. They were concerned so the next day they took the photo to the workers and from what we were told the worker was in shock and said, “ we know that little girl” and walked them to My Daughter Faviolas Grave. They were just in shock and when they went he next day my grandma and I happened to be there. What are the odds of them seeing us the next day? Especially because we have never seen them there before. I know it was not only a sign from my daughter but also fate for us all to meet.”

On September 6, Las Cruces, New Mexico, police were dispatched to the report of a 2-year-old child not breathing. They found Faviola Rodriguez near death – she died at MountainView Regional Medical Center after rescue efforts failed. Faviola was being cared for by Lalo Castrillo, the boyfriend of her mother, Saundra Gonzales, who was at work. The girl’s body showed bruises and signs of blunt trauma to her head and Castrillo was charged with one count of intentional child abuse resulting in death. He was released on bond and, despite violations, appears to still be out of jail and awaiting trial. 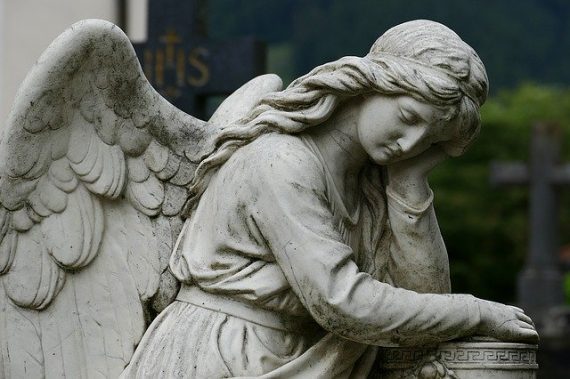 Such a tragedy in a close community affects many people, which may be why cemetery workers thought of the little girl when they saw the video, and then recognized Saundra when she and her grandmother visited the grave the following day. As any mother might, Saundra saw resemblances to her slain daughter in the video (See the photos on her Facebook page) and contacted the family of the man whose grave she was at. Saundra says she believes Faviola was sent to comfort the man and help him move on. She believed a photo of two men and the girl are Faviola leading the deceased man away. What a beautiful thought by a caring mom.

“She was murdered and her killer is still free and everyday it is hard for us because we are constantly told to be “patient” because the DAs office is doing their job and things like this “take time”. This September it will be two years now and her trial has been continued for the 4th or 5th time already!! It has made me full of hate and anger towards our system because it’s Failing my daughter Faviola, the other child abuse victims, and all the children in our state!”

A beautiful story, except for a few things -- including more info on the trial by Saundra in her Facebook post. Have any police or investigators of the criminal or paranormal kind analyzed these photos or the video for tampering? Can they identify the men or the girl? Are there any other witnesses or security cameras that might have picked them up – ghost or otherwise? Why is it taking so long for Lalo Castrillo to be brought to trial? Why have only Hispanic and some paranormal sites picked up on this story … and the lack of a trial two years after the tragic abuse and death of Faviola Rodriguez?

Does the video show the ghost of Faviola Rodriguez and two men? That is very difficult to determine from the photos and the report. If it really is the spirit of Faviola, is she visiting another spirit or is she sending a sign to her mother that things in the real world may be coming to a resolution? 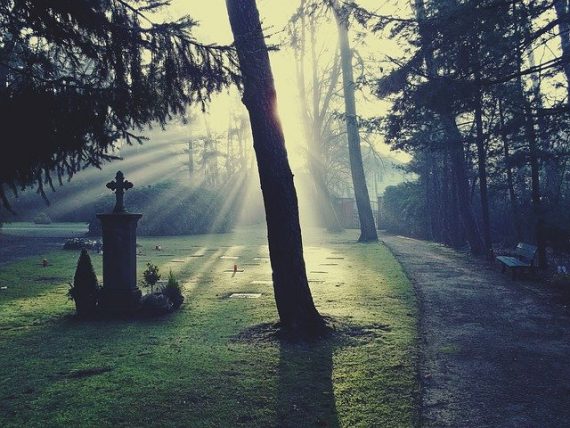 If it’s just a hoax or a video of sick grave vandals who bring a young child with them, perhaps it can still call attention to child abuse, crowded courts, cemetery vandalism and the lack of  coverage this New Mexico story receives in the non-Hispanic media.