Dead Aliens or Dead Humans? From Roswell to Underground Bunkers

As many of you will know, my views on the Roswell "UFO crash" of 1947 have changed significantly. Certainly, until the 1990s I was pretty sure that aliens - and their craft - had plummeted to the ground on the Foster Ranch, Lincoln County, New Mexico. By the 2000s, however, I was of the opinion that aliens did not crash in the summer of 1947. As I conclude in my 2017 book, The Roswell UFO Conspiracy, the Roswell legend was born out of a top secret program using people in balloon-based, high-altitude flights - several of which went drastically wrong. One of those failures was the Roswell affair. That said, even though I am no longer of the opinion that aliens died on that aforementioned ranch, I still take a deep interest in the claims of deceased ETs held by the U.S. military (or, maybe, by the intelligence community). Some of those stories are intriguing and thought-provoking. Others are downright bizarre - which brings us to the following:

Leonard Stringfield was a UFO researcher who collected and disseminated reports of crashed UFOs and dead aliens for decades. What was perhaps the most bizarre account related to Stringfield concerned an allegedly live alien on the loose at the Ohio-based National Museum of the United States Air Force (s it is called now) that had supposedly escaped from its confines within the bowels of Wright-Patterson! It was a Sunday in 1965 when "R.M." and his wife decided to pay a visit to the museum. With his wife engrossed in examining a German V-2 rocket, R.M. wandered off and found himself lost and heading down a corridor with a double door marked OFF LIMITS. Going through the door, he suddenly found himself confronted by "a being so incredible looking that all he can remember in his numb state was saying 'Hi,' to which he got no response." The creature was small, and its eyes were large under a heavy brow; there was no nose and only a slit for a mouth. Standing in stark amazement, R.M. could only stare in awe as the creature shuffled towards him and pointed its elongated fingers into his face. At that point, alarms began to scream, lights flashed and R.M. made a hasty retreat. Military police were everywhere, ushering people to the exits. 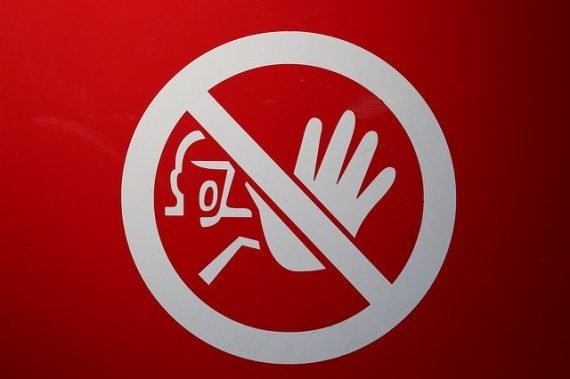 "The cause for the emergency evacuation [R.M] opined, was without question the creature who probably had escaped from its confinement," said Stringfield. Intriguingly, according to a retired Air Force colonel known to R.M., at the time two live alien creatures were reportedly held at Wright Patterson – American scientists having developed an "incubative [sic] atmosphere" to sustain them. As Stringfield stated: "Live aliens! Loose in the Air Force Museum? Fantastic, of course, but the Wright-Patterson complex is vast and so are its underground facilities. It is conceivable, if truly live aliens exist, that one may have slipped by the guards into the passageways and surfaced in an upper chamber of the museum." Stringfield, however, was not alone in collecting such incredible tales. Victor Marchetti, for example, a former executive assistant to the Deputy Director and Special Assistant to the Executive Director of the Central Intelligence Agency (CIA), recalls that during his tenure with the Agency, UFOs came under the category of "very sensitive activities." More significantly, Marchetti states that he heard from "high levels" within the CIA that the bodies of an undisclosed number of "little gray men" and their crashed UFO were stored at the Foreign Technology Division (FTD) of Wright-Patterson Air Force Base.

Of course, this is not the only occasion that the involvement of the FTD in the crashed UFO controversy has surfaced. In 1993, commenting on data concerning crashed UFOs and dead alien bodies acquired from "half a dozen former and current intelligence sources," Far Out magazine stated, “An extensive but little-known complex of underground bunkers, rooms, vaults and tunnels [at Wright-Patterson] did conceal such secrets up through the early 1970s, when following the close of U.S.A.F. Project Blue Book, everything was moved to a 'consolidated location' elsewhere. According to these same sources, nothing 'alien' now remains at Wright-Pat except perhaps for some 'Special Control Channel' documentation and a few left-over scraps of wreckage material retained by the old Foreign Technology Division (FTD), which is now known as Foreign Aerospace Science and Technology Center (FASTC)."

There are numerous sources who claim to have seen dead aliens - and/or know where they are stored. On the other hand, I have a large number of informants who are sure that Roswell involved human guinea-pigs and not aliens. Clearly, one is a clever cover-story for the other. You may be persuaded by the alien angle. Me? I'll stay with the "secret experiments" angle. Unless, that is, 100 percent verifiable evidence surfaces to the contrary. I'm not holding my breath though.