Earliest Evidence Of Human Cremation In The Near East Occurred 9,000 Years Ago

The earliest evidence of a human being intentionally cremated after death in the Near East (the Middle East region) happened approximately 9,000 years ago. The remains were uncovered in 2013 when researchers were excavating the Neolithic village of Beisamoun which is located in the Upper Jordan Valley in the northern part of Israel. The burial pit contained 355 bone fragments which were mostly burnt (pictures can be seen here).

The remains were of a young adult (it’s still unclear whether it was a male or female) who had sustain a serious shoulder injury as a 0.5-inch-long flint projectile point was found in the left shoulder bone. Since the bone had began to heal at the time of death, the injury was more than likely sustained several weeks or months prior to their passing and that this person “died of something else, we don't know what,” said Fanny Bocquentin who is an archaeo-anthropologist at the French National Center for Scientific Research (CNRS) and the lead researcher of the study.

Results from radiocarbon dating conducted of the fibula bone revealed that the individual was alive at some point between 7031 BC and 6700 BC. When this person passed away, he (or she) was placed in a seated position with their knees bent up to their chest. At that point, a fire was lit and the remains were cremated.

The burial pit was quite interesting as it was U-shaped and pretty small, measuring just 32 inches in diameter by 24 inches in depth. The grave was lined with a red-colored mud plaster that people during the Neolithic period used to create bricks for their homes which suggests that the grave was designed to be used as a kiln (a furnace or oven used for burning).

It is believed that the deceased person’s body was put in the grave prior to being cremated and perhaps even placed on a pallet because there were no burn marks on the bottom of the pit while the walls had extensive fire damage.

Another interesting discovery in the grave was a large level consistent of plants called sedges that may suggest the individual was wrapped in a shroud. This is a definite possibility as the dead being wrapped in shrouds date back to the Natufian period (13,050 BC to 7,550 BC in the Levant). 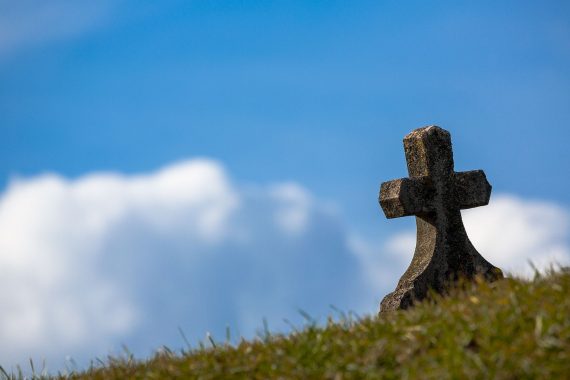 The researchers also discovered 776 fragments belonging to several different animals in the burial pit (including goats, cattle, pigs, birds, gazelles, and fish) which could mean that they were thrown into the fire as an offering or perhaps the fragments were just mixed in with the dirt from when they dug the grave.

This is a very interesting find because prior to this discovery, the earliest known human cremation found in the Near East occurred in the sixth millennium BC. It isn’t, however, the oldest one ever found in the world as that title belongs to the “Mungo Lady” whose cremated remains were unearthed close to Lake Mungo in New South Wales, Australia and she lived approximately 40,000 years ago.

The Psychic Who Wall Street Investors Turn To For Advice