While The New York Times dances in and around the linked stories of the USS Nimitz Tic Tac UFOs seen and recorded by military pilots and the Pentagon’s announcement that it still has a funded investigation group that may or may not have pieces of non-human-made objects, Salon has followed a different path and talked to camera experts and experts in how humans think who debate the “I’m not saying it’s humans … but it’s humans” side of the discussion. Let’s hear what they have to say, courtesy of Salon.

“What looks like great speed and wild maneuvers is just a common optical illusion combined with the effects of the FLIR's gimbal and glare filter."

"The object you're seeing is a single point of heat from an unidentified plane, probably a distant commercial jet, flying away from the F-18. The camera is looking out the side of the F-18 which is speeding past nearby clouds, making the object appear to be moving relative to the clouds."

Brian Dunning is the controversial host of the Skeptoid podcast and he believes FLIR (Forward-Looking InfraRed) cameras are known to create optical illusions – as all cameras are, which is why this is a common refute of many videos of UFOs, particularly orbs and faraway cylinders.

“When people look at those kinds of videos and the reaction of the pilots, for example, I think that's often also used to give them more credibility with these expert pilots, often military pilots, commenting on the behavior of the shifts."

Timothy Caulfield, a host of "A User's Guide to Cheating Death," refers to the Occam's razor principle which states that the simpler of two explanations (in the Tic Tac case, that they are non-Earth UFOs) is generally more likely to be correct, and it is bolstered in this case by the fact that it’s presented by respected military pilots. From this writer’s standpoint, while interesting, this seems to be more opinion than fact. Dunning defends his position.

“Two words: Sensationalism sells. Nobody is excited about the artifacts of the FLIR glare filter; everyone is excited about the prospect of the Pentagon hiding the 'truth about aliens.'" Humans are hardwired for anecdotal thinking. Our brains gravitate toward the simple and the desirable, and away from the complicated and the boring.”

Alexander Wendt, a ufologist and international relations professor at Ohio State University, sticks up for the pilots and makes an interesting observation about the Navy response.

"I challenge anybody to do better than the Navy to explain what's in those videos. If the Navy couldn't do it... they had every reason to want this off their plate."

Wendt thinks the Navy was hoping for an easy “Case closed” but the obvious stress of the credible pilots wouldn’t let their explanation be the “Occam's razor” one, even if it was correct. Ohio State University professor and political scientist Thomas Wood seems to agree, citing the long-lasting yet non-scientific support the general public has for UFO conspiracy theories. 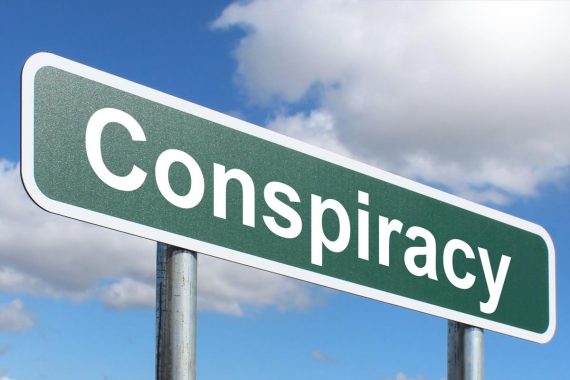 "If you look at the data on public opinion on this, it is really sort of incredible. The American public fascination with UFOs is one of the very durable conspiracy theories in the American public's imagination.”

So, this Salon debate ultimately boils down to a fact about FLIR camera as versus a fact about the innate human preference for the simple explanation. In the end, without a sophisticated recreation of the Nimitz sighting in identical circumstances and lighting with identical cameras – a scientific test, in other words – Dunning loses the round to human nature.

Isn’t that how it seems to always work these days?

(Thanks again to Salon for conducting these interviews.)