For the first time in history, dozens of exoplanets were discovered not by humans but by artificial intelligence. Science has certainly come a long way since the first exoplanet was discovered back in the 1990s.

In 1992, Aleksander Wolszczan found the first three planets outside of our solar system. They were orbiting a pulsar named PSR B1257+12 (a pulsar is a fast rotating neutron star which is the remnants of a massive star after it went supernova). But another huge discovery was just a few short years later when, in 1995, Michel Mayor and Didier Queloz found 51 Pegasi b and it was the first exoplanet that was detected orbiting a sun-like star. 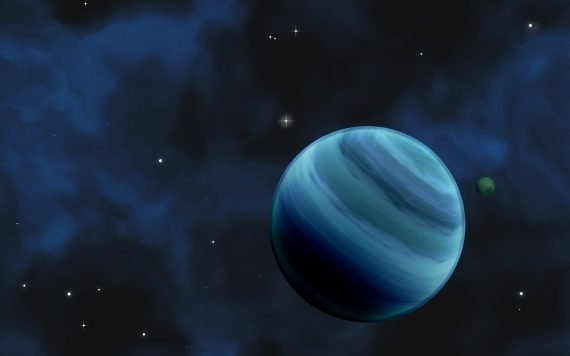 And now, nearly thirty years later, AI is finding exoplanets. The fifty newly discovered exoplanets were found by using a new machine-learning algorithm that scientists from the University of Warwick created. It studied data from NASA’s telescopes and was able to tell the difference between real planets and fakes ones by analyzing thousands of potential exoplanet candidates. It was able to detect the exoplanets by comparing them to a database of those that have been confirmed as well as the ones that have been categorized as false positives.

The newly discovered exoplanets ranged in size from being smaller than Earth to as big as Neptune (the fourth largest planet in our solar system and approximately four times larger than our planet). While some of the newfound exoplanets have extremely short orbits that last just one day, others can last up to 200 days.

Dr. David Armstrong, who is from the University of Warwick Department of Physics, explained the significance of this project, “The algorithm we have developed lets us take 50 candidates across the threshold for planet validation, upgrading them to real planets.” “We hope to apply this technique to large samples of candidates from current and future missions like TESS and PLATO.”

While previous machines have been used to rank exoplanet candidates, this is the first time ever that AI has actually identified them as real planets. “Rather than saying which candidates are more likely to be planets, we can now say what the precise statistical likelihood is,” Armstrong said, adding, “Where there is less than a one percent chance of a candidate being a false positive, it is considered a validated planet.”

This is another great way for future confirmation of potentially a lot more exoplanets out in space as Armstrong noted, “Almost 30 percent of the known planets to date have been validated using just one method, and that's not ideal.” “You can also incorporate new discoveries to progressively improve it. A survey like TESS is predicted to have tens of thousands of planetary candidates and it is ideal to be able to analyze them all consistently.”