A metal detectorist was searching a field close to Peebles in the Scottish Borders when he made a very important discovery. Mariusz Stepien was out with his metal detector on June 21st when he unearthed a bronze artifact approximately half a meter below ground level.

After he made the discovery, he and his team made the decision to camp out at the site in order to protect the artifact from the wind and rain. They ended up investigating the area for 22 days in hopes of finding more artifacts and their time there did not disappoint.

They found several ancient artifacts that include a sword and a complete horse harness that both date back to between 1000 and 900 BC. They even found a decorative “rattle pendant” that came from the harness which was the first time that one has ever been found in Scotland and only the third to have been discovered in all of the United Kingdom. Other items include decorated straps, rings, ornaments, buckles, and axle caps from a chariot wheel.

“I thought I’ve never seen anything like this before and felt from the very beginning that this might be something spectacular and I’ve just discovered a big part of Scottish history,” Stepien said, adding, “I will never forget those 22 days spent in the field. Every day there were new objects coming out which changed the context of the find, every day we learned something new.”

He contacted the Treasure Trove Unit when he started receiving strong signals with his metal detector and they arrived at the location shortly after. The items have since been brought to the National Museums Collection Centre located in Edinburgh.

The Bronze Age artifacts that Stepien and his group found were so impressive that Emily Freeman, who is the head of the Treasure Trove Unit in charge of the recovery and analysis of the items, described them as being “nationally significant” and adding that “so few Bronze Age hoards have been excavated in Scotland.”

She went on to say, “It was an amazing opportunity for us to not only recover bronze artifacts, but organic material as well.” “There is still a lot of work to be done to assess the artifacts and understand why they were deposited.” Pictures can be seen here.

“I’m so pleased that the earth revealed to me something that was hidden for more than 3,000 years. I still can’t believe it happened,” Stepien stated. And it certainly was a significant find as only one other similar type of discovery was found in Scotland and it occurred in 1864 at Horsehope Craig in Peeblesshire. 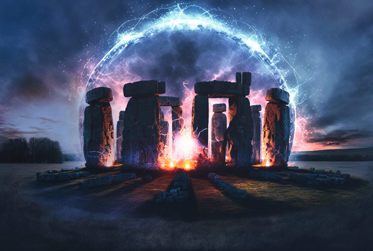