The ability to have intentional lucid dreams has itself been the elusive dream of many wishing to control the plot and outcome of their nocturnal movies. While many have tried, actual scientific manipulation of dreams remains unattained, but researchers at Massachusetts Institute of Technology claim they’re closer than ever with a device that “incubates” dreams as one falls asleep. If you could choose your dreams, what would you want to dream about? If sex dreams weren’t allowed, would you still be interested? 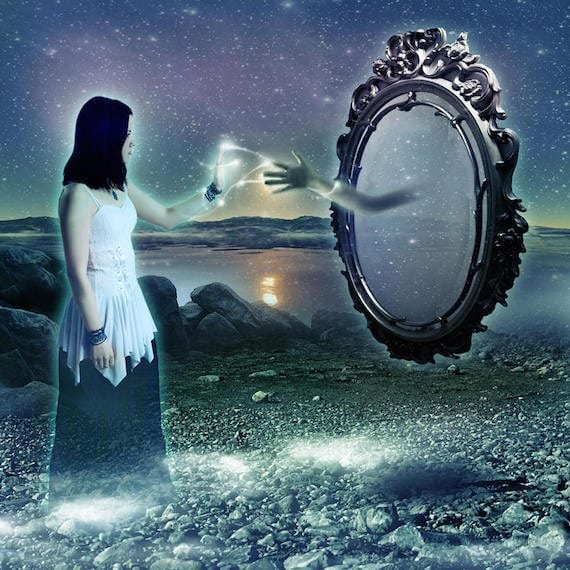 In a paper published in the journal Consciousness and Cognition and summarized in a press release, co-authors Adam Haar Horowitz from the MIT Media Lab and professor of media arts and sciences Pattie Maes show how they used the Dormio, a glove-based sleep-tracking device that is light, portable and much easier to use that previous sleep monitors. Part of the reason is that other devices monitored REM (rapid eye movements) while Dormio works in the hypnagogia state – the earliest sleep stage which occurs prior to REM. Unlike in REM, a person in the hypnagogia stage can still hear and respond to audio while dreaming. As Horowitz explains:

“This state of mind is trippy, loose, flexible, and divergent. It’s like turning the notch up high on mind-wandering and making it immersive — being pushed and pulled with new sensations like your body floating and falling, with your thoughts quickly snapping in and out of control.”

The Dormio hand sensor tracks physical changes during hypnagogia such as loss of muscle tone, heart rate fluctuations and changes in skin conductance. When the signals indicate hypnagogia is ending, the JIBO social robot (an intelligent audio device connected to it) emits pre-selected audio cues that are just loud enough to bring the test subject almost to an awake state. The Dormio and the social robot also make sure the subject never makes it to deep sleep, keeping them in a constant state of hypnagogia. And then?

"We use this audio cue as an inception protocol, doing this slight wake up with words (like "fork" or "rabbit"), and have found that in the subjects we tested, those words reliably entered the hypnagogic dreams as dream content."

This “Targeted Dream Incubation (TDI)” proved to be reliable -- when 50 participants were told to dream of a tree, 67% reported seeing one in their dream. While this isn’t quite what most people would expect from a system that creates pre-determined lucid dreams, it’s encouraging enough that MIT is working on the an enhanced Dormio with better analysis software, an iOS app for audio capture and streaming, and a web app for audio capture, storage, and streaming – making it a very portable and powerful tool for dream manipulation and monitoring. Of course, the noble purpose is to direct dreams towards targeted creativity when awake, just as Mary Shelley, Salvador Dali, Albert Einstein and other creative types attempted to attain without the befits of modern technology.

Yes, they know about “Inception” and assure that Dormio and Targeted Dream Incubation are tools for good, not evil. We know how that goes. Another thing to remember -- a key driving force in the early development of photography, movies, video recording and the Internet has been sex. And the dream-wishing song “Dream a Little Dream of Me” was written in 1931 and recorded by over 60 singers and bands, including The Mamas and the Papas and Pink Martini & The von Trapps,  proving it's a popular theme. Is a version by Dornio & the Social Bots coming soon?

The Bizarre Life of Mike, the Headless Wonder Chicken